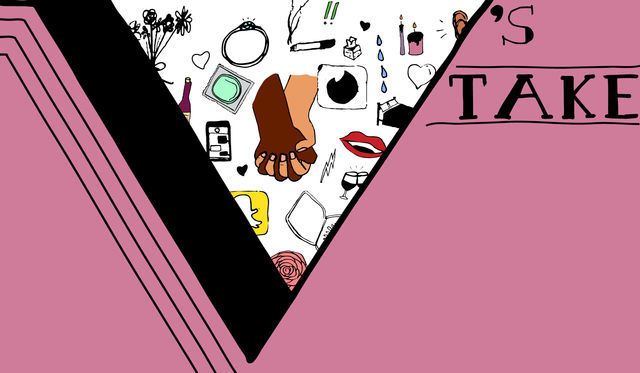 I’ve recently noticed that my friend has a very toxic relationship with her boyfriend. Nothing abusive is going on, but they’re definitely codependent on each other and I can see that it’s unhealthy. I want to help her, but I don’t know if it’s any of my business, especially since we drifted apart after they started dating. What should I do?

This is a tough one. In situations like these, there’s often a thin line between eye-opening confrontation and friendship-ending aggression. If your friend is head-over-heels in love with this guy, she’ll probably interpret your words as the latter, regardless of your tone and intention. So, I get it, confrontation is scary. But in this case, it sounds like it’s necessary.

Unhealthy codependence is the sign of a deeper problem in the relationship, and definitely has the potential to escalate into something worse. If you’re genuinely concerned about your friend, don’t just stand by and let her be mistreated. She might be upset in the short term, but I’m sure that she’ll thank you once she takes off those rose-tinted glasses and sees the situation for what it is. If you can be the one to help her do that, don’t wait until it’s too late.

Sit down and have an honest conversation. Don’t be accusatory and don’t just talk about how much you hate her boyfriend (no matter how much you may want to), because that won’t accomplish anything. Your friend will get defensive and the conversation will be over along with your friendship.

Instead, make sure she’s comfortable and speak from a place of genuine concern rather than selfish annoyance. I know this can be especially difficult considering you’re not as close as you used to be, but if you still care about her (and it sounds like you do), then you need to take the high road and do the right thing.

Do you have any burning questions that you want answered? Email v@themiamihurricane.com to have your question featured in next week’s issue.