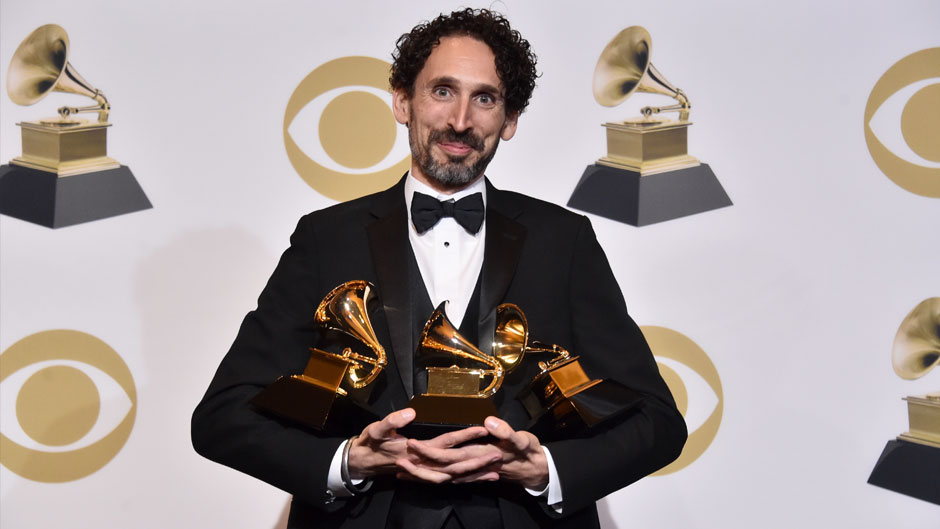 John Daversa of The University of Miami’s Frost School of Music took home three Grammys on Feb. 10, sharing the red carpet with A-list celebrities such as Cardi B and Lady Gaga.

Daversa’s band, “The John Daversa Progressive Big Band,” won awards for its album “American Dreamers: Voices of Hope, Music of Freedom,” which tackled a variety of issues related to immigration in America.

Each song, whether through words or instruments, comments on American life for beneficiaries of the Deferred Action for Childhood Arrival program, Daversa said. These immigrants, commonly referred to as DACA Dreamers, unlawfully came to America as children. But while this would normally result in removal from the country, DACA defers deportation proceedings for a period of two years following an individual’s approval.

Featuring DACA Dreamers such as John Kace, who is a UM student of Haitian descent, “American Dreamers” showcases the musical talents of students who have been able to hone their skills over the years, despite the hardships and prejudices that immigrants face on a daily basis, Daversa said.

“With this album in particular, I have been seeking ways to use jazz as a vehicle to have purpose and meaning behind the sound,” Daversa said in an interview Feb. 15. “For something like this, you’re playing for something greater than any one individual. You’re playing for a group of people that need a voice. You’re creating music with benevolent intentions.”

Jazz, a musical genre that has historically encouraged spontaneity and collaboration, gave Daversa and his band the broad creative license needed to make their progressive album such a success.

The album is filled with jazz-infused takes on patriotic classics such as “Stars and Stripes Forever,” comforting the audience with familiar American sounds while also delivering social commentary through the music’s modern twists.

“When I agreed to do the project with John, I really didn’t know what I was in for, but it became clear during the first recording session that we were creating something way bigger than ourselves, not just another record,” said Murph Aucamp, a Frost School of Music alumnus and professional-freelance percussionist.

The origin story of jazz is steeped in racial oppression. Artists such as Louis Armstrong and Billie Holiday used the genre to express the hardships of living in racially-segregated America.

By mixing Dreamers’ stories with catchy tunes, Daversa mirrors the motives of the jazz greats to foster peace and love. He said jazz “promotes freedom of expression and inclusivity” and allows Dreamers to say “‘this is who I am, this is where I am, this is me.’”

Daversa said by giving a voice to immigrant students, he hopes the album will help society see Dreamers as Americans rather than statistics.

But Daversa said dealing with topics as sensitive as DACA and immigration is no easy feat.

“There is a tremendous responsibility in representing a group of people authentically and honestly,” Daversa said.

Despite the album’s success, Daversa recognizes that there are plenty of people who disagree with his political commentary. But he also said people who are opposed to DACA deserve to be heard, because honest communication is the key to making progress on the issue. He said he hopes this album will be a catalyst for such diplomatic conversations.

“Musically, the album is dynamite,” said Aucamp. “People came from all across the country to work on this, and I think that’s because the message is so crucial in our current era. We set out to shed light on the situations of DACA recipients, and the Grammys have certainly helped push this issue back into the national spotlight.”

With three Grammy awards, the album is now a part of mainstream media. This kind of exposure will likely have an impact on political policies regarding immigration and DACA.

Luckily for Daversa and his band, change is exactly what they set out to create.

“The end game here it to create a path for citizenship for these Americans who came here as children,” Daversa said. “We need to take care of our own.”