New York Fashion Week is one of the world’s four major fashion extravaganzas. During the festivities, designers show off their long-awaited collections to buyers, the press and the general public.

A lot can happen during these eight days. Trends are set, careers are made and models rule the runway. Ever wondered what goes on behind the scenes? Luckily, I got to go. Even better, I was able to work as a NYFW public relations intern.

“Fashion week?” I thought, “Easy stuff. Show up, look good, watch models strut up and down a runway. How hard can it be?” 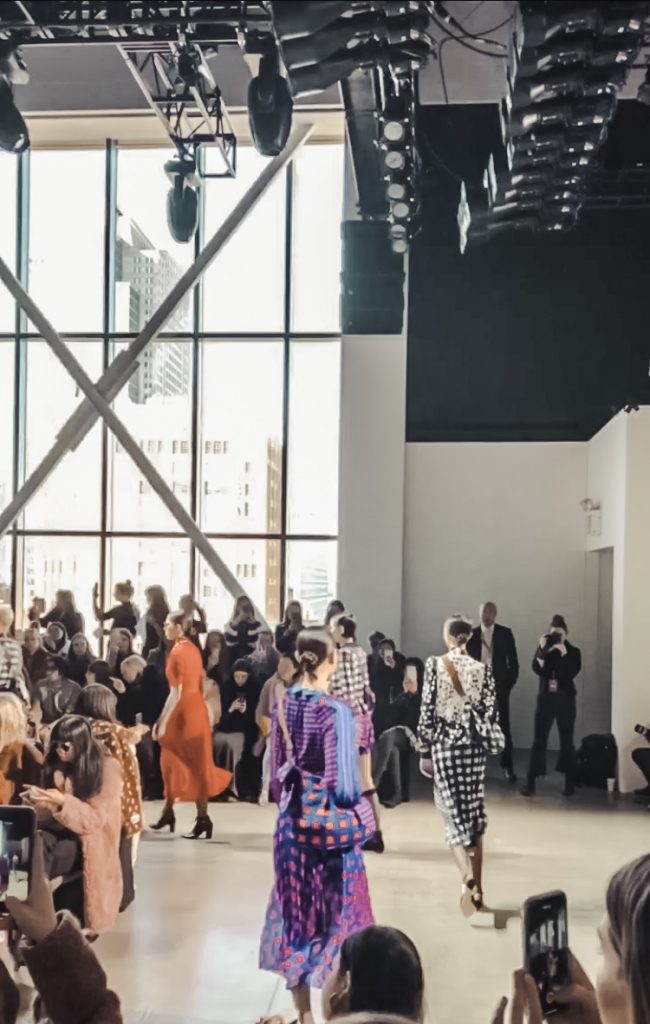 People often forget that fashion entails a lot of sleepless nights and physical labor. Behind every beautiful model is a team of hair and makeup stylists who spent hours working to create the perfect look. Behind every lavish event is an army of people planning, emailing and lifting furniture until they physically can’t do it anymore. Behind every Chanel-level artist is a designer in a cheap apartment who’s working several part-time jobs to make ends meet. Although the end result is exquisite, it wouldn’t be possible without the hard work and sacrifices of a team larger than the workforce of the Macy’s on 34th Street.

If you can handle NYFW, you can handle anything. After it’s all over, any task will seem trivial or even relaxing. Although getting through the week can be difficult at times, the feeling of watching a fashion show open and close is a breathtaking experience that makes up for the sleep deprivation. I highly recommend interning at NYFW to anyone with a passion for fashion. You’ll do great, as long as you’re a problem solver and a bit of an adrenaline junkie.