Most of the events are put on by the Butler Center for Service and Leadership, the office of Multicultural Student Affairs (MSA) and the United Black Students (UBS) organization. The events range from forum discussions to movie nights to showcases.

This past week, MSA hosted a discussion on interracial relationships and another for Brothers Overcoming Negativity and Destruction on respecting women. The Caribbean Student Association had a forum discussion on colorism in the Caribbean, and UBS hosted an open-mic night with Speak What You Feel and had their annual Day of Service on Saturday.

According to junior Tiara Brown, BAM’s Day of Service is one of her favorite events.

“The culture of Black America is literally just reaching out to other people and trying to pull support and help so why not do that during a month about us,” said Brown, an industrial engineering major.

For this year’s Day of Service, students went to Overtown Youth Center to engage in a day of fun and service.

There are four events left for the month: The Students of Color Symposium on Feb. 22-23, “Throwblack” Movie night on Feb. 20, a karaoke night on Feb. 21 and House of Black Culture on Feb. 27. The last three are hosted by UBS.

“I’m mostly excited for the Students of Color symposium and especially for the House of Black Culture,” said Nia Byrd, co-president of UBS. “It’s done differently every year but the essence of it is a staple of Black Awareness Month.”

As the month nears to a close, Byrd reflected on all the planning that went into Black Awareness Month.

“Between us and the other organizations that were planning BAM, we had so many events we had to take some off the calendar,” she said.

“Everyone was running themselves dry to get these events across and really just host something that represents all parts of the culture,” she added.

Despite the many on-campus events for BAM, there are still mixed feelings about how blackness is represented and celebrated among students and faculty.

Some students of color said they don’t feel supported by the larger campus community. Sophomore Makelsey Page is one of those students.

Aside from UBS, which started in 1967 and is the oldest black organization on campus, Page said she doesn’t think that other student organizations are sources of support.

“I feel like there is no other organization that looks out to make sure that Black students are okay, especially during this political climate we’re in now that makes race a little harder to talk about,” said Page, who is majoring in marine biology.

Though hailed by students as ethnically diverse, UM is still a predominantly white institution. Currently, only 10.7 percent of UM’s faculty is Black or African-American, according to a College Factual diversity report.

Byrd said she thinks UM has plenty of space to grow, mentioning the controversy that followed the Hoodie Project art installation piece that was displayed during Social Justice Week, which ended Feb.1. A picture of the installment was posted on UM’s Instagram page and received a slew of negative comments from alumni and students.

“We do well with staying on the right side of equality and diversity most times,” said Byrd. “I just think that there are things we could do better.”

Byrd called upon the administration to implement official legislature that can address racial issues and keep students updated on the progress.

For example, a racially charged video spread on social media last semester, allegedly featuring a UM student in the freshmen dorms. In the video, the alleged UM student can be heard repeatedly using the N-word and talking about Black Americans receiving punishment. The UM administration never publicly announced any punitive measures taken against the student in the video.

Aaliyah Johnson, a sophomore health sciences major, said that she feels that people should exercise awareness of Black issues year-round, not only in February.

“I feel like a lot of people are talking about Black History Month and how important it is and how far we’ve come but then once this month is over, then what?” Johnson, a Historian for UBS, said.

America’s real national emergency
Well-dressed but in distress: I went to NYFW 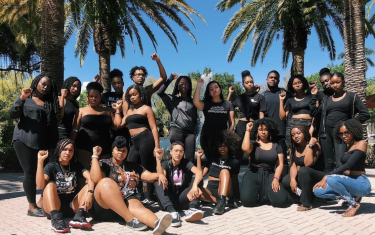 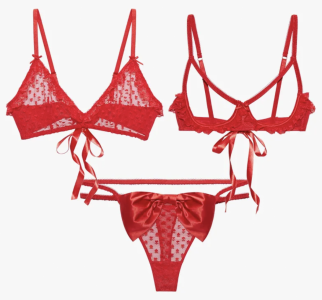