For days, Casey Dresbach waited by her phone, anxiously anticipating the results of the position she had coveted all semester: student body president of the University of Miami’s Hillel.

Brandon Jackson, also a devoted member of Hillel, waited for the phone to ring or for a text to reveal the election result. The two admitted they were both confused about why the voting count was taking so long.

The two contenders were dumbfounded—they never expected what they were told next. The election had ended in a dead tie, the first in the organization’s 77-year-old history, said Igor Khokhlov, the executive director of Hillel.

The two students, unsure about what would happen next, met with Hillel leadership to come up with a solution. As long as anyone can remember, there has never been a female president or two presidents—now, as of spring 2019, Hillel has both.

“We didn’t want to make it into some sort of popularity contest,” said Dresbach of a runoff election that never happened. She said she was well aware that both she and Jackson would be effective student leaders. 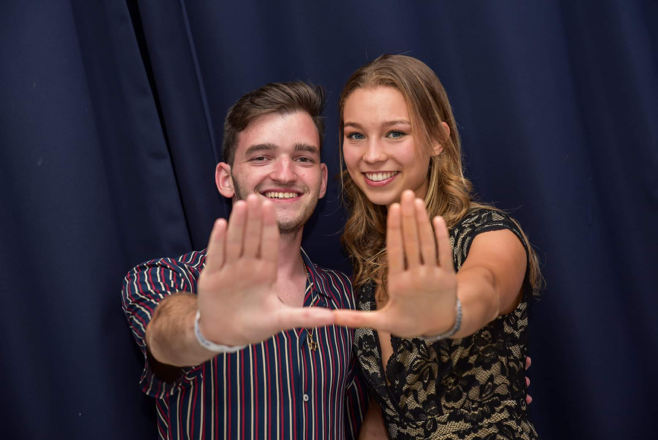 Dresbach and Jackson agree that they have a good relationship. Dresbach said the two don’t necessarily “split tasks,” but equally contribute as separate entities.

Jackson said they work together on some projects and but have separate ventures of their own. “I love the dynamic,” he said. “We have a great team at Hillel.”

Dresbach, a senior marine affairs major, said some people are surprised that she’s Jewish because of her light eyes and blond hair. “From the outside, I guess I didn’t look stereotypically Jewish,” she said.

Born in Aventura, Florida, Dresbach lived in a primarily Jewish community and was surrounded by her faith for the entirety of her youth. Her family was kosher inside the home and she went to a religious day school. Her grandfather and uncle are both orthodox rabbis in New York City.

Despite that, Dresbach said she found herself struggling to consistently practice her faith during her first year of college. She wasn’t adhering to all the religious rules she followed with her family when she was living at home and she wasn’t nearly as active in Hillel as she is now. In the early fall of 2015, the university had yet to fully renovate the Hillel center into what it is today.

However, after going on a birthright trip to Israel during the summer after her sophomore year, she returned to her religious roots and decided to get more involved in Hillel. This eventually led to a community-outreach internship within the organization that allowed Dresbach to connect with Jewish students around campus.

She went on coffee dates and encouraged them to connect with Hillel. It allowed for incoming students to feel included in something bigger, Dresbach said.

When the internship ended, Dresbach said she knew she wanted to continue being as involved in Hillel as she possibly could. She knew her next goal was to become student body president.

“She is incredibly passionate, thoughtful and intentional,” Khokhlov said. “She went above and beyond in her campaign— she mobilized the community around her.” Dresbach used social media to its utmost potential, posting on Instagram and Facebook to spread the word about why she would be best for the presidency.

As president, Dresbach said she devotes herself entirely to ensuring members of UM’s Jewish community feel that Hillel is their “home away from home” physically, culturally and spiritually.

She’s also using her presidential power to implement a number of new projects.

“We are working on a few initiatives with other religious and cultural organizations at UM to promote interfaith respect and peace,” she said. “We aim to prevent bigotry and hate on our campus.”

Dresbach’s family members are they’re thrilled about her role in Hillel.

“My family is super tight knit,” she said. “They’re very supportive and proud.”

After graduating this upcoming May, Dresbach will spend more time in Miami working on her master’s degree in professional science, hoping to earn her postgraduate certification within a year.

Khokhlov said he believes it’s a good thing that there is female representation in the presidential role for the first time; however, he also looks forward to a time when a female presidency is not news.

“It’s not a statement,” he said. “She was just one of the candidates who won the popular vote. So, that speaks for itself.”

Khokhlov said Hillel’s male-to-female membership is about even.

“I think having a strong female presence at the helm helps our overall mission,” said Rothman. “Seeing a powerful woman like Casey as a president reinforces what we’re all about. There is a place for female voices in this religion, a place for a strong woman to take this organization to the next level.”

But despite the fact that Dresbach is the first female president of Hillel, many of her constitutes said they don’t notice a big difference between her and the organization’s past leaders.

“The fact that she is the first female president does not cross my mind often because she does the job just as well if not better than those in the past,” said junior Danielle Konsky. 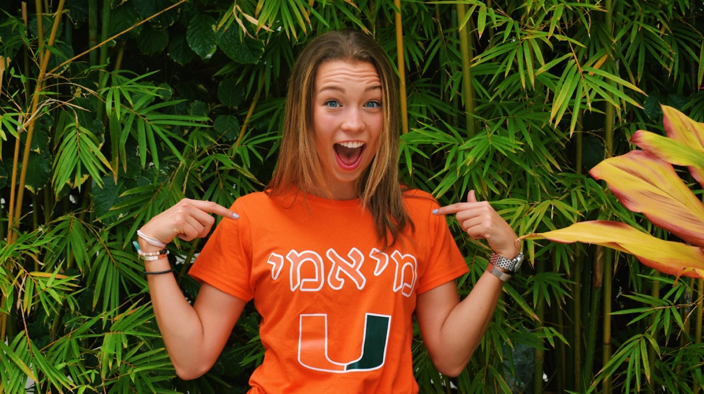 Sandra Feld, a sophomore, has known Dresbach since before her time at UM. Feld said she is excited about Dresbach’s presidency.

“I knew I wanted to be an intern for Hillel this year,” she said. “To be under a female president only made me feel more empowered.”

On Dec. 9, 2015, the Braman Miller Center for Jewish Student Life was completed as a new home for Hillel on campus. With a modern exterior, massive glass windows, and a thoughtfully-designed open interior, the center includes a popular Miami health food restaurant, Pura Vida, that is kosher compliant. While Khokhlov is unsure of how many members are in Hillel, he said roughly 2,000 UM students are Jewish, and a majority of them connect with Hillel at some point during their time here. 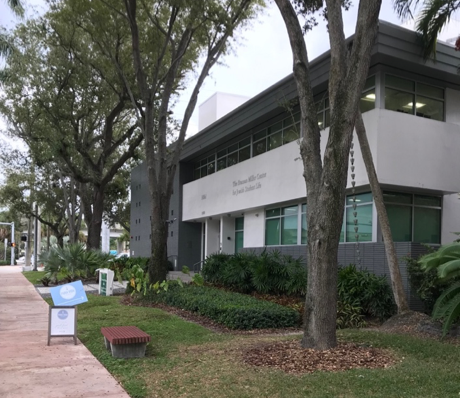 The Braman Miller Center for Jewish Student Life is located on Stanford Dr. across the street from Mahoney-Pearson Residential College.

One of Hillel’s goals is to give Jewish students a place on campus that lets them confide in members of their community.

“Hillel allows for people to feel safe,” said Khokhlov. “It allows for them to feel protected.”

“College is the first time when students experiment with faith on their own terms,” said Rothman. “They’re able to find their place in Judaism in a more open, pluralistic environment here. There is no one way that we are telling someone how to be Jewish.”

Rothman said UM’s Hillel is open to anyone who can get past their preconceived notions of what the organization is supposed to be.

“I want people to see Hillel not as a religious institution but as the social and cultural hub for Jewish innovation at the University of Miami,” said Rothman. “We’re not a synagogue. Half of the things we do here aren’t religious—but they guide Jewish students to reach their full Jewish potential.”

Dresbach said one of Hillel’s biggest contribution to her life is that it solidified her adoration for Judaism. Now, she plans to continue exploring her faith well beyond graduation.

“Culturally, religiously, physically,” she said. “It’s always going to be a part of me.”

Four UM fraternities placed on social probation after illicit party
Ghosting: The downfall of our generation