Home » Birds of a feather flock together: Duck couple creates buzz on campus

Birds of a feather flock together: Duck couple creates buzz on campus 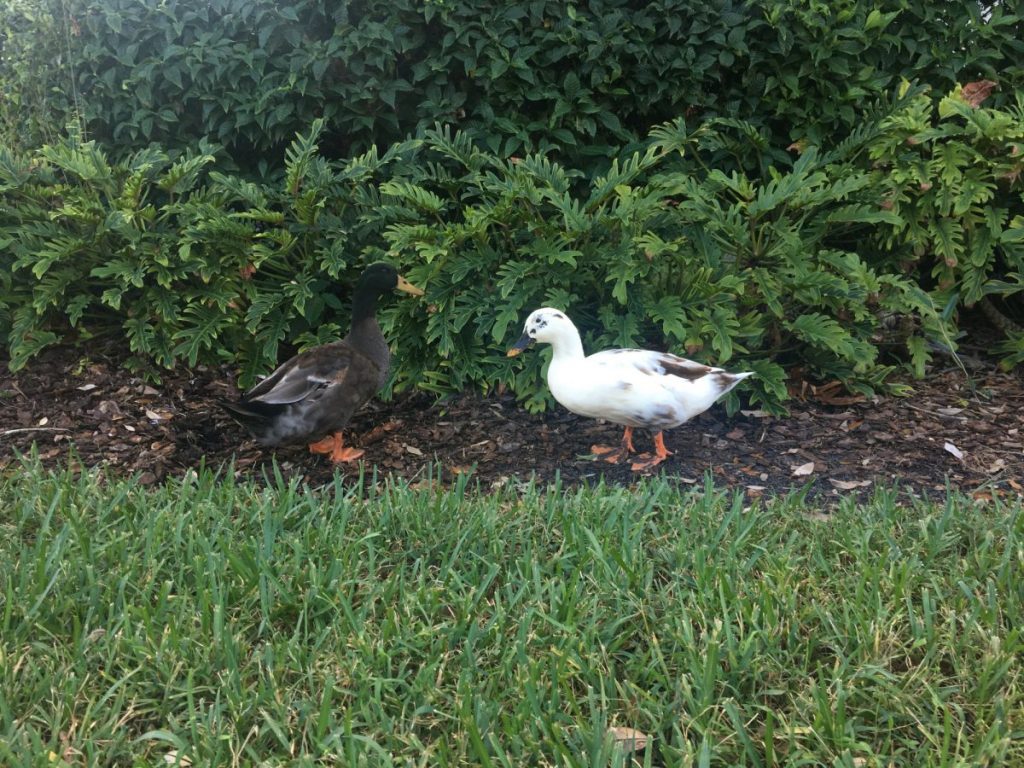 To students who paid close enough attention, a relationship between two mallard ducks that lived along Lake Osceola brought joy and satisfaction. The birds were consistently spotted by each other’s side, seemingly inseparable at every moment of the day.

Recently, however, the life of the two feathered friends took a mysterious turn.

“They were inseparable and they waddled everywhere together,” said freshman Jordana Pierce. She said she thoroughly enjoyed observing the two ducks on her walks between classes and the first-year dorms. She described the chemistry shared by the lovebirds as one filled with passion and a genuine sense of love.

“They were to be together forever, and they were more in love than I’ve ever seen any human couple,” she said.

Freshman Emily Moraes, a neuroscience major, was another who relished seeing the birds together on a daily basis. “The ducks had a strong, committed relationship. They were always together and looking out for each other,” she said. “Seeing the ducks was always a great moment. It was nice to see them because they looked really happy and safe with each other,” said Moraes.

The two ducks evidently had a secret fan following, consisting of students who felt that the birds undoubtedly shared a special connection; the ducks rarely failed to cheer up these students and to brighten their day.

“Seeing them together made me feel like true love really exists,” said Pierce. “Every time I saw them on my way back from class I was overcome with cuteness and I didn’t know what to do with myself.”

Some students even went so far as to give the two ducks names.“My friends and I called them Charles and Elizabeth because of the royal, superior aura that surrounded them,” said freshman Riley Pfeiffer, another mallard couple enthusiast.

Similarly, Moraes referred to them as the King and Queen Duck with others.

However, when classes returned after Fall break, the female mallard was nowhere to be seen, devastating students who had anticipated seeing the two ducks together again. Her companion could be seen pacing the usual transect he would previously walk with her, alone and quacking loudly.

UM hires trappers to control the Muscovy population, removing and incinerating the birds due to the health concerns they raise. Students were concerned about the state of the mallard after her mysterious disappearance over the break. “In my personal opinion I think she was taken,” said Pierce. “I hope she’s safe and happy and maybe at a bigger lake but I think they miss each other a lot.”

Moraes speculates that she “may have gotten lost, or, unfortunately, she might’ve passed away. Those ducks never left each other’s sides so it’s a mystery.”

David Dyer, weekend and night operations manager of the Student Center Complex, never replied to an inquiry about the situation, being asked about the possibility of reuniting the female duck with her counterpart. Dyer was cited in a prior Hurricane article about the controversial act of controlling the presence of Muscovy ducks on campus.

The UM Amature Ornithological Society also did not comment.

Some desperate students planned to search local ponds and lakes for the duck themselves, according to freshman biochemistry major Jack Sleeman. He along with a few other students formulated strategies for how to retrieve her, but unfortunately, these plans never materialized as studying for final exams took priority over an expedition to locate the duck.

In a recent turn of events, the male mallard was seen with another female Muscovy duck this past Thursday, Feb. 7 by the Frost School of Music buildings. It has been nearly three months since he was last seen with his revered partner.

Pfeiffer was disturbed when made aware of the new relationship, but said she believed that the female duck would have wanted him to find love again.

“He had to move on after his beloved was taken away from him. Think about how many duck years went by,” he said.

Despite the initial shock, Sleeman said he was understanding of the situation and rationalized the duck’s behavior by citing the sadness he was likely feeling. “He doesn’t have a sense of direction. It’s not like he’d be able to find her without dying on US 1 or something or getting lost forever,” he said. “He has to move on.”

Nonetheless, Sleeman said he was upset by the lack of restraint displayed by the duck with the memory of his mate’s disappearance still so fresh in mind.