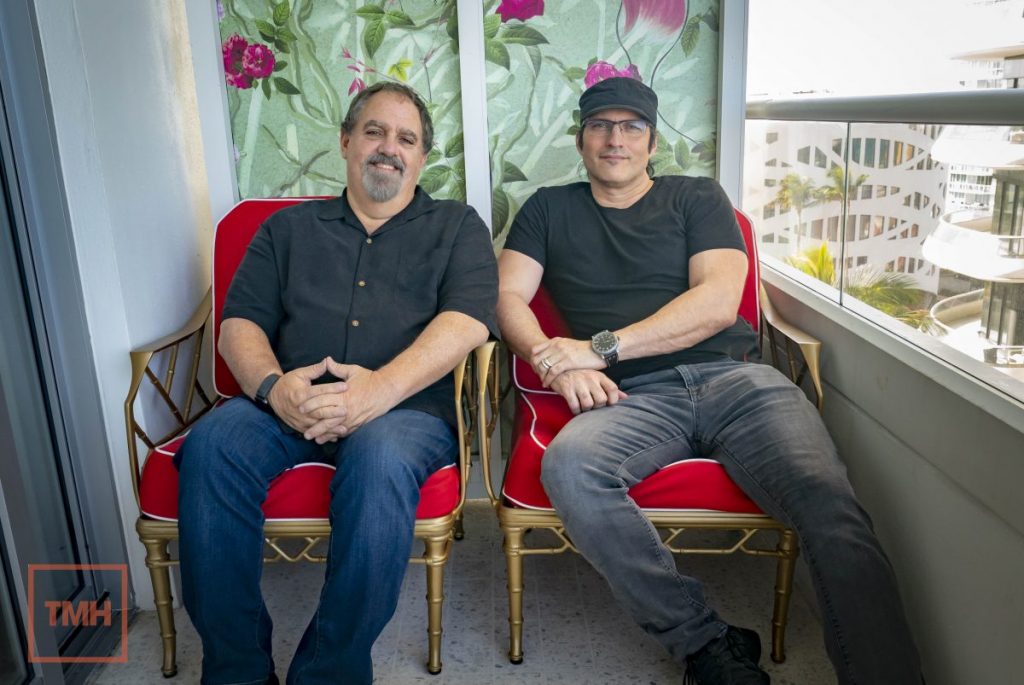 Film producer Jon Landau (left) and director Robert Rodriquez (right) sit on the balcony of their hotel in Miami Beach Monday afternoon as they concluded an exclusive interview with The Miami Hurricane. Landau and Rodriquez are promoting their new film, "Alita: Battle Angel", which releases to theaters February 14. Photo credit: Hunter Crenian

What does it take to enact positive change in the world around us? Just ask Alita, the main character of 20th Century Fox’s new action film “Alita: Battle Angel,” who— though seemingly average— unknowingly possesses the power to make her world a better place.

Directed by Robert Anthony Rodriguez and produced by Jon Landau, “Alita: Battle Angel” is set to hit American theaters on Feb. 14, just in time for Valentine’s Day. Luckily, I had the privilege of seeing “Alita” on Jan. 31 for an advanced press screening at a theater in AMC Aventura Mall.

Based off the manga, or Japanese graphic novel, “Gunnm” by Yukito Kishiro, “Alita” is a story of a female cyborg who fell from the floating city of Zalem into the terrestrial slums of Iron City. Found by Dr. Dyson Ido, a doctor who runs a cyborg clinic and is played by Christoph Waltz, Alita has no memory of her former life in aerial city.

James Cameron, the director of classics such as “Avatar” and “Titanic,” co-wrote the screenplay with Laeta Kalogridis, who also penned the scripts for “Shutter Island” and “Night Watch,” among others.

Throughout two-hour the movie, the audience journeys alongside Alita as she tries to remember the cyborg she once was and the cyborg that she is about to become. Her naïve sense of wonder, combined with perforating wisdom from her past, shows life in Iron City through a positive perspective.

“She sees beauty and joy in the world that [the other characters] don’t,” Landau said during our interview on Feb. 4 at the Faena Hotel in Miami Beach. “She shows them how to see that again.” 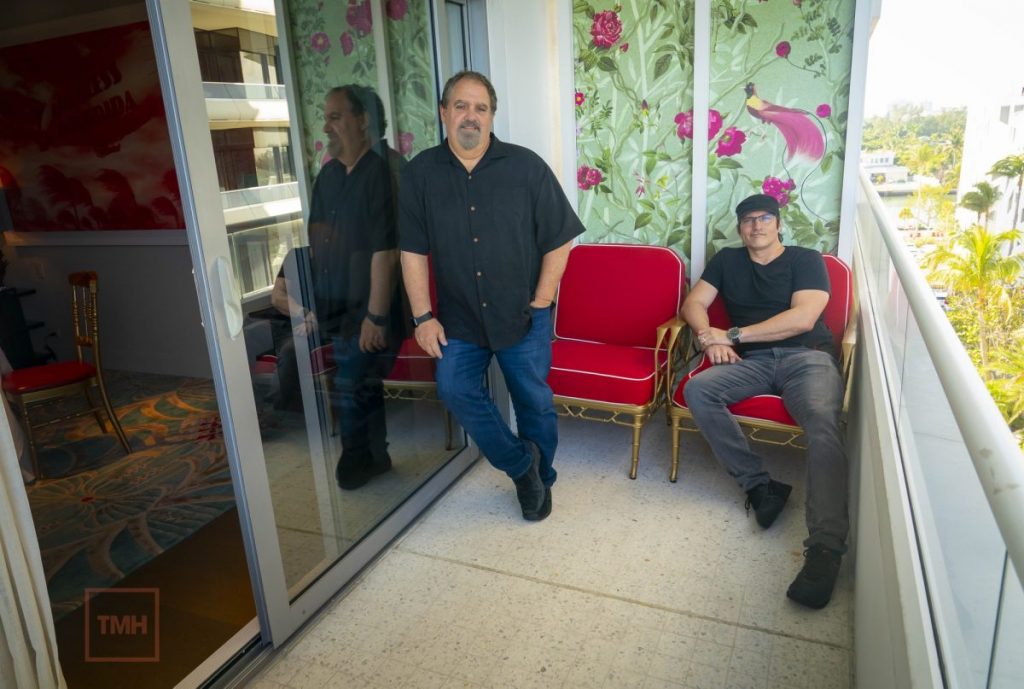 As Alita remembers more about her past, she recognizes more of her power and shows others how to recognize theirs.

“[Alita] changed everyone around her,” Rodriguez said in the interview. “Even people who want to leave say, ‘Oh, maybe I don’t want to leave,’ and that’s pretty powerful.”

While contemporary film culture has been making a conscious effort to be more representative, most action film stars still tend to be either white, male or both. “Alita” is different from the norm in that it features a young, ethnically ambiguous woman. She’s athletically superior to all around her and incredibly strong willed.

Although the film does contain standard action film plots and romances, overall, it remains fresh and unique.

Since “Alita” was inspired by Asian culture, it would have been nice to see more Asian representation in the cast beyond some background characters and secondary character Koyomi K., played by Lana Therese Condor.

Because the film was left with some unresolved conflicts, it is likely that there will be a sequel. Hopefully, filmmakers will take this as an opportunity to show more homage to the story’s Asian roots. There is always room for more representation.

Both Landau and Rodriguez are known for making films with strong female protagonists including “Avatar” and the “Spy Kids” series. They both cited that their female family members as sources of inspiration for “Alita.” 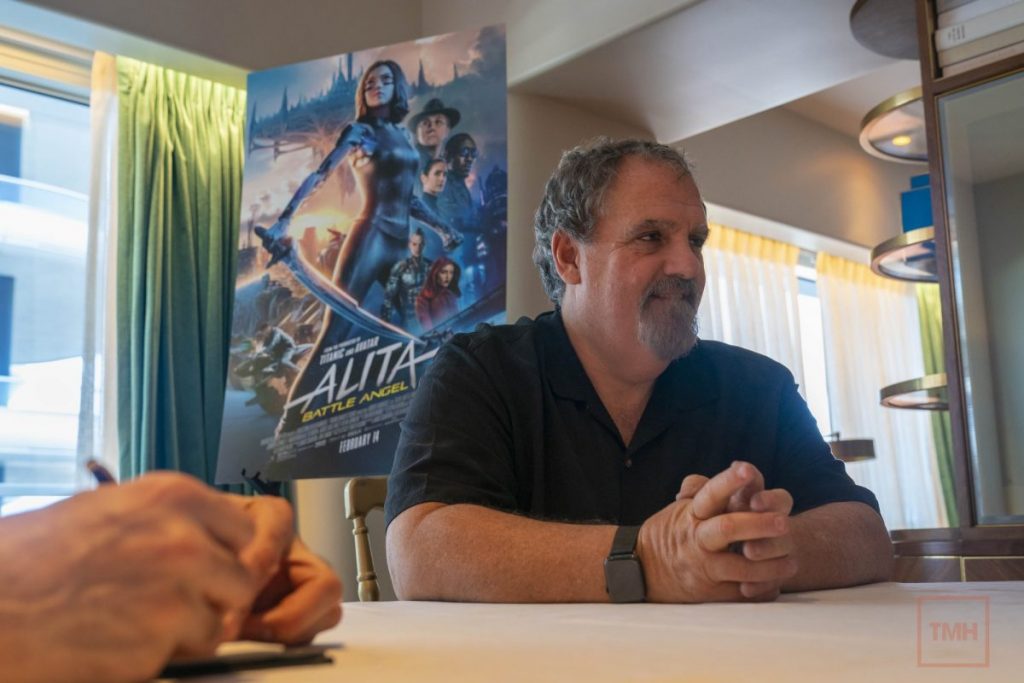 Jon Landau speaks with The Miami Hurricane reporter Veronica Lucchese in his hotel in Miami beach. Landau was the producer of the two highest grossing films of all time (Titanic and Avatar) and has been a longtime collaborator with James Cameron, who has an executive producer credit on Alita: Battle Angel. Photo credit: Hunter Crenian

“My sisters were badass,” Rodriguez said.

Growing up in a Mexican family with five sisters, Rodriguez said he wondered why he did not see more Hispanic women in leading film roles. His work, particularly with “Alita,” is a way for him to pay reverence to the strong women in his life while also creating female role models for children, including his own daughter. Landau stated that his mother, Edie Landau— a film producer, business executive and lawyer— broke glass ceilings throughout her life and is “someone like Alita who never gave up.”

Being set in the 23rd century, “Alita” is not just an icon of female empowerment, but also a creative mask behind which the filmmakers have hidden their critiques of the stifling classism that exists in American society. While everyone else longs to be in Zalem, an exclusive elitist society, Alita is happy belonging to the slum that is Iron City.

“For a sci-fiction film, it comments on a lot of things and it has resonance with today’s world,” Rodriguez said. Landau continued and said “Alita” is a “great metaphor for the world in which we live.”

To achieve realistic cyborg characters, the filmmakers used a method known as performance capture in which computer-generated imagery is placed on top of a live actor wearing a special suit and camera headgear. This is different from the typical green screen method because it allows live actors to play animated roles and to act in the same space as the other human characters. Landau said this allows the CGI cyborg characters to have more realistic mannerisms. Coupled with the hyper-realistic animation, this makes Alita’s futuristic world extremely believable.

“In our industry,” Landau said, “you always continue to learn. [I learned that] there’s a way to combine the very complicated tech world with a very simplistic film making style.”

For Rodriguez, who is accustomed to making much smaller scale films, the learning process was centered on how to create for a more universal audience.

“I think of myself always as a student,” Rodriguez said, “Be a student. Stay a student. Learn from masters.”

If you did not get to see the “Alita: Battle Angel” at the pre-screening held Feb. 4, I encourage you to see it after it opens on Valentine’s Day. From its hyper-realistic animation to its relatable story, “Alita” is an interesting movie for all demographics. Ground breaking and action packed, “Alita” is sure to make you view your world in a different light.