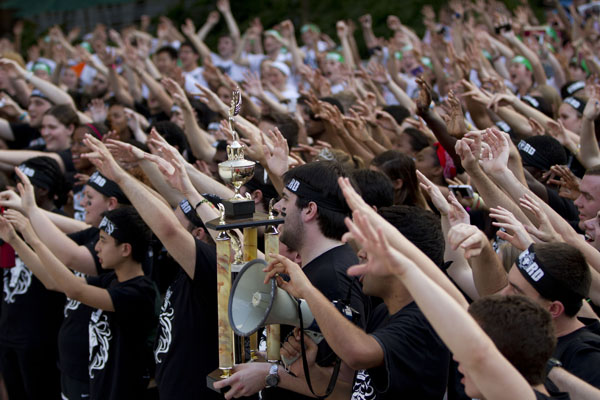 Hecht Residential College challenged Stanford Residential College to a sporting contest in 1986. As years passed, additional residential colleges, including the University Villages and commuter students were invited to participate in the competition. Thus, the tradition of SportsFest was born.

Thirty-three years later, SportsFest is still one of the University of Miami’s most anticipated weekends and draws more than 2,000 participants from all parts of campus. This year, the competition is set to occur from Feb. 8 to 9.

Cuellar said he has many amazing memories surrounding SportsFest, the most notable of which regards the year that his building won the entire competition.

“We thought Stanford was not going to win,” Cuellar said. “And then they announced the victory, and you saw all of these Stanford people just jumping up and down with absolute excitement.”

This year, Cuellar is ready to dominate SportsFest again, as all of his residents have signed up to participate, whether it be through playing sports or cheering on their teammates.

Alec Chao, a freshman majoring in international studies and history, is participating in laser tag— the newest activity that was added to SportsFest— because it’s something he doesn’t get to do often.

“I’m participating, mostly just to find out what it’s like,” Chao said. “I’ve found it’s better to do something and find out it’s not for you than to avoid it and wonder what could have been.”

Freshman Juliette van Heerden said she’s a competitive person who loves sports. When she heard from many upperclassmen about how fun SportsFest, she said she quickly decided to participate in soccer and battleship.

“I played soccer in high school, so I’ve always enjoyed it,” said van Heerden, who is a microbiology and immunology major. “But I am most excited for battleship because based on the description, it seems very interesting and something that I have never done before.” 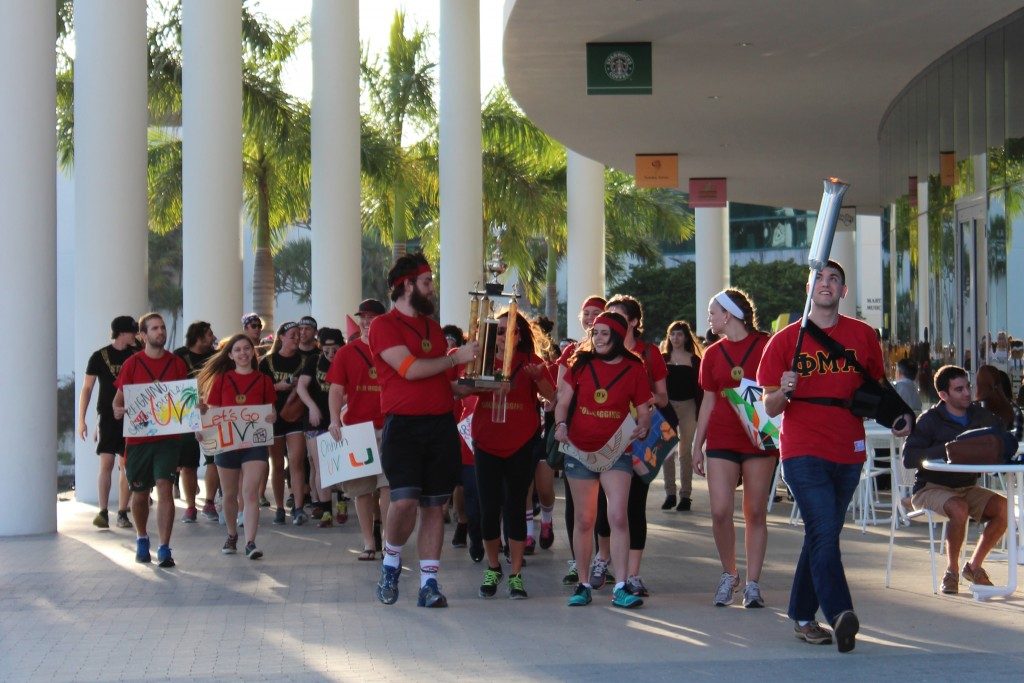 The University Village, winners of SportsFest 2014, lead the Torch Run to the Lakeside Patio Stage for 2015 Opening Ceremony

Freshman Ajiri Uzere, an international studies and psychology major, also played sports throughout high school. Since coming to UM, she said she’s been focusing more on academics. So, SportsFest was a great chance to do what she loves for a weekend.

“SportsFest, for me, is a way to connect with my peers but also do something I love. I am looking forward to meeting new people,” said Uzere.

Even though SportsFest attracts many students each year, many still choose to opt out of it.

Tanvi Bafna, a sophomore majoring in microbiology and immunology is living in the University Village and chose not participating this year.

“I am not participating in SportsFest mostly due to the fact that not a lot of people I know are doing it,” Bafna said. “I also don’t really know of how I can be involved since I don’t consider myself as an athletic person.”

Junior Daniel Nepomechie said he’s not participating because there’s no activities that interests him.

“I was excited that there were gaming events, but they’ve been consistently poorly run,” said Nepomechie, a political science major. “The rulesets for Smash aren’t competitive, and SportsFest this year isn’t even using the latest iteration of the series. It feels like a joke.”

Regardless of its reported flaws, Cuellar said sportsfest is a housing and residential life tradition meant to bring people together.

Is living on campus worth it?
Despite success, Perez-Somarriba remains hungry for more