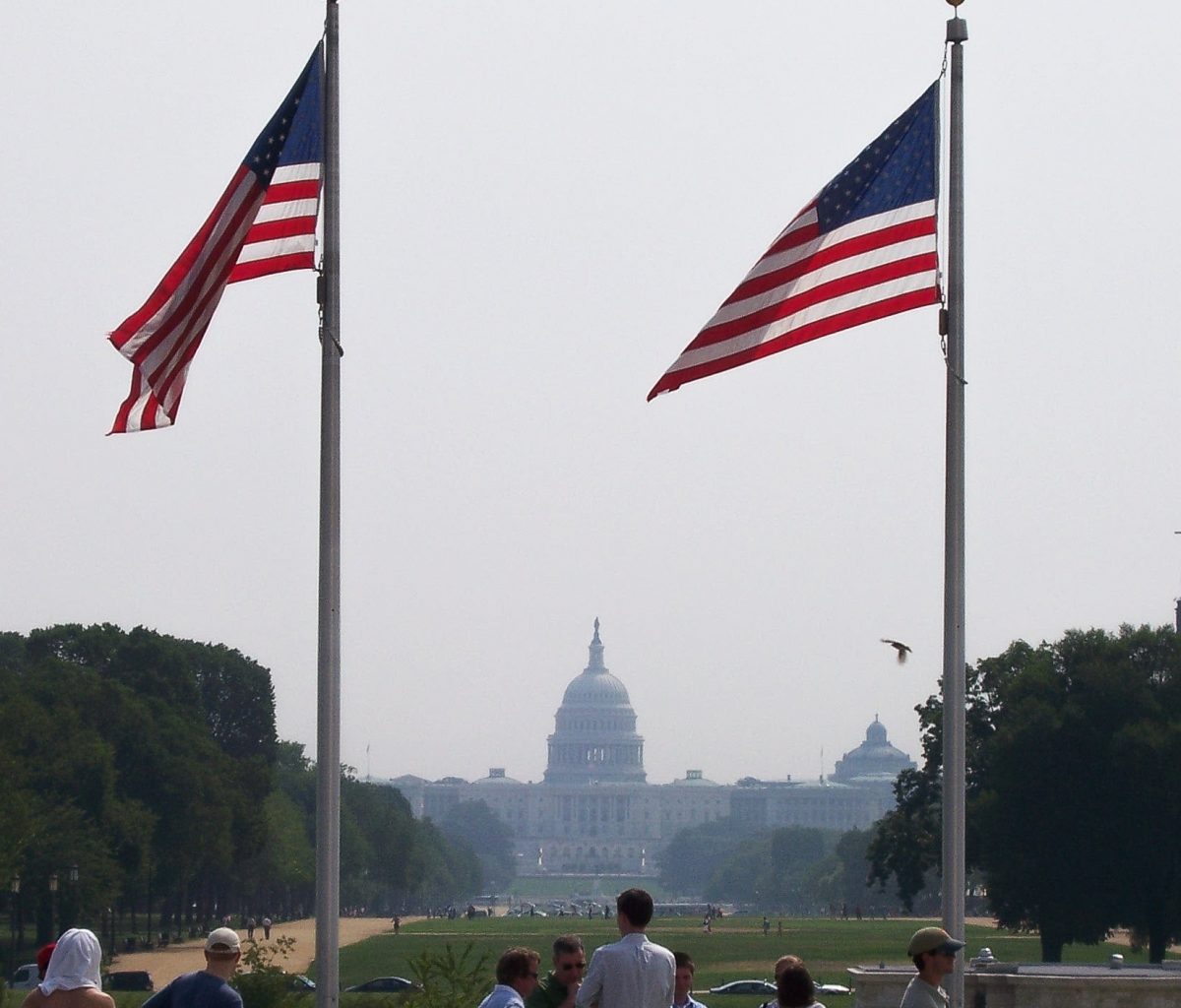 The longest government shutdown in U.S. history affected hundreds of thousands of individuals across the country for over one month. Federal employees who were affected worked without pay or were forced to take a leave of absence from their jobs for an extended period of time. Effects from discussions over border security were felt by students at the University of Miami.

The government shutdown forced a scheduled trip to the Everglades for 35 students in the Foote Fellows Honors Program to be canceled twice.

“We were very excited about the Everglades trip,” said Melissa Hechtman, director of the Foote Fellows Honor Program. The excursion was to include a lecture by biology professor Yunqiu Wang.

“We were going to visit Anhinga Trail and the visitor’s center, then discuss current issues facing the Everglades,” Hechtman said.

Benjamin E. Hoffman, a graduate student pursuing a Master of Science in taxation, said he works part-time doing taxes. Because of the shutdown, the IRS has not released all of the new 2018 tax forms online.

“I am still waiting on forms to be released that would usually be out by now in order to get my work done,” Hoffman said, blaming the delay on short-staffed IRS offices.

Several in the UM community said they know of friends, relatives and acquaintances who were affected by the shutdown.

Leah Farmer, a 19-year-old UM student studying business analytics, said her father flies C130s for the Coast Guard and did not receive his pay during the shutdown.

“It has been a struggle, but my mom works too, so luckily it doesn’t affect our family that badly,” Farmer said. “But I know that it has affected lots of families all across the Coast Guard, and I can’t imagine what they’re going through.”

At UM, science research was not immediately impacted by the partial government shutdown, said William M. Drennan, Associate Dean of Undergraduate Education at the Rosenstiel School of Marine and Atmospheric Science, but some impacts were still felt.

Drennan noted some minor inconveniences, especially for RSMAS researchers who depend on information from the National Oceanic and Atmospheric Administration.

“If you’re trying to do a project that needs NOAA data on El Nino, those sites are down,” Drennan said before the shutdown ended. Drennan said he likes to update some of his lectures with current information, which he could not access during the shutdown.

“Science runs on a pretty long time fuse,” Drennan said. “Stuff we do, you know, a month delay is nothing to us. It’s impacting science by interrupting conferences.”

Julia Wilson, a sophomore majoring in neuroscience, said she was concerned about the impact the shutdown had on national parks and public monuments. When she flew to Philadelphia during the shutdown, she said there was a lack of security at Independence Hall and the Liberty Bell.

“I went through TSA a couple of weeks ago, and I felt bad for them. One of the agents said that people have been bringing them food, and that reminded me how awful the whole situation is.”

UM trustee Jonathan McAndrews, a former pilot, said flight crews felt unsafe if TSA workers were focused on missing paychecks over what’s happening in the tower and in the air.

“It’s immoral that politicians are getting paid when hard-working people like TSA are not,” McAndrews said.

Claire Oueslati-Porter, a Women’s and Gender Studies professor in the College of Arts and Sciences, said she was concerned about minorities, especially minority women, who were disproportionately affected by the government shutdown. Because of previous historical discrimination of minorities in the private sector, minorities have found greater employment opportunities within government agencies, Queslati-Porter said.

“So then it ends up rendering people of color who are government workers in a really bad situation,” she said. “From what I’ve heard and read, there are a lot of women with young children who are now just having to make impossibly hard decisions in terms of budgeting.”

Oueslati-Porter also mentioned the implications on not only government workers, but the service industry workers that make their money from selling to government employees on a daily basis.

“I guess the other thing that’s sort of striking about it is just how many people who are in related kinds of service jobs, where they’re disproportionally people who are lower income or from immigrant backgrounds, who are providing services to the government workers and are now out.”

What was the impact of the government shutdown?

“It’s impacting science in the way of conferences, collaboration with government people; they’re not allowed to work. Instead of closing the parks, which would have been a rational thing, they’ve allowed people into the parks without anyone there. So you could go into the park with a chainsaw.”

“Valuable work has been shelved and services denied while employees sat at home or had to seek secondary jobs — like driving Uber or doing construction — to pay their bills.”

“I don’t think you need to know someone personally to feel sympathy or compassion on the issue. It’s just a terrible situation.”

“Government employees not involved in lawmaking had to struggle to pay rent and pay for other basic expenses, and their hardships were met with apathy and insensitive comments from several politicians. I would hope that future administrations learn from this and work harder to compromise and find solutions to avoid similar situations.”

What is your opinion of the government shutdown?

“I think that the shutdown is basically the result of a tantrum, a president who wants to push his agenda but he doesn’t know how to negotiate with people who don’t necessarily agree with him, so it’s basically a way for him to try and strong-arm Democrats and other politicians into doing what he wants to do, and I think that is completely wrong. That’s not how things are done in a democracy.

“Government shutdowns do not work. The only claim to fame for this recent shutdown was its length. It is also responsible for building general frustration in the electorate and severely inconveniencing 800,000 federal workers and their families. It has also affected the broader economy and will ultimately cost the taxpayers much more than if the workers had been at their jobs.”

“So this is basically just the most ridiculous reason to have a shutdown for this incredibly expensive, wasteful wall.”

“It is unfortunate that it has come to this, but I agree with Trump in that the border wall is necessary for this country’s security. It’s been frustrating to see the shutdown go on for this long, but we have seen Trump offer to negotiate and multiple compromises to the Democrats that haven’t even been considered. I feel frustrated but anxious to see if the wall will be built.”

“I feel like the government shutdown is a clear representation of turmoil our country is in. Although it hasn’t affected me personally, I feel strongly against making people go to work and not get paid or not being able to provide food for their loved ones; it poses the question of is a wall more important than one’s livelihood. “

— Johari Franklin, 18, gender and sexuality studies and public policy major and public health minor at the University of Miami

“The shutdown is just Trump trying and failing to get what he wants because he wants that silly and useless border wall that won’t actually do anything.”

“The politicians are letting us down. Their job is to take care of different issues. The wall is just one issue, but it’s stopping a lot of things from happening. For example, people are losing jobs, a lot of workers working without getting paid. I am very frustrated and disappointed about this because it’s affecting everyone in a bad way.”

“This shutdown was the longest in history. Many families were unable to make ends meet or may have risked going into their savings accounts. Both houses have been divided since Trump got into office and it’s sad that 800,000 federal workers need to go unpaid as both sides hash it out.”

“The fact that the government had to be shut down for 35 days because parties of the government couldn’t come to an agreement just illustrates the flawed effects of bipartisanship. At the end of the day leaders must make decisions for the people, not for their parties.”

“I genuinely think the government shutdown shouldn’t have occurred in the first place. It was irresponsible, in my opinion, to leave over half a million citizens without a paycheck for weeks. Too many citizens of this country are struggling to put food on their table; this should not be happening. No barrier between countries would be absolutely effective, there will always be some way to go around a wall.”

“If the Democrats would come to the table and give Republicans the wall, we could secure a deal for a DACA kids and open up the government and get the workers paid. Republicans are getting way too much of the blame. Republicans voted several times to reopen the government but only seven or eight Democrats voted to open it. It’s a big power play for both sides, and I feel both sides have no idea the destruction that will be caused if this continues.”

“I think the government shutdown wasn’t a smart thing to do on Trump’s part. I don’t think it’s sensible to shutdown the government in order get legislation passed. He didn’t get what he wanted, and government workers missed two pay checks for no reason.

What is your opinion of President Trump’s decision to temporarily end the shutdown for three weeks while he negotiates with Congress? What if an agreement isn’t reached?

“The government shutdown was a reckless way for President Trump to try to extract $5.7 billion from Congress to build his border wall by holding federal employees’ paychecks hostage for 35 days. Rather than negotiate a compromise to this stalemate, Trump manufactured a crisis at the border, then brought government operations to a standstill in order to push through his own political agenda. He failed and now we have a temporary reprieve, but who’s to say he won’t pull this stunt again in three weeks?

“Undoubtedly more damage will be done. People who live paycheck to paycheck will be forced, once again, to not work or work unpaid, not to mention the public safety issues of understaffed air traffic control and TSA.”

“The shutdown as a whole is ridiculous. And this deal they did to bring it back for three weeks isn’t going to solve the problem, it’ll only extend it.”

“I think until Trump gets his way, a shutdown is not off the table. The two parties can’t seem to come to terms on the budget. But I know Trump has gotten some bad ratings so that might enlighten him to keep it open.”

“Democrats are preventing Trump from fulfilling his most popular promise during his campaign. Republicans’ goals are improving the economy and the shutdown doesn’t help them. I understand and feel sorry for anyone who has been negatively affected by the stubbornness of the people in Washington. Now that the government shutdown is over, we can get back to creating a better America.”

“I was very glad they announced a temporary end to the shutdown with a three-week-plan in place. I hope during that time they can negotiate the rest of the funding to solve the problem.”

“It’s good that Trump signed the bill to reopen the government, but it might be a short-term fix for a much bigger problem. “I just feel like it’s a bad way to play puppet with people.”