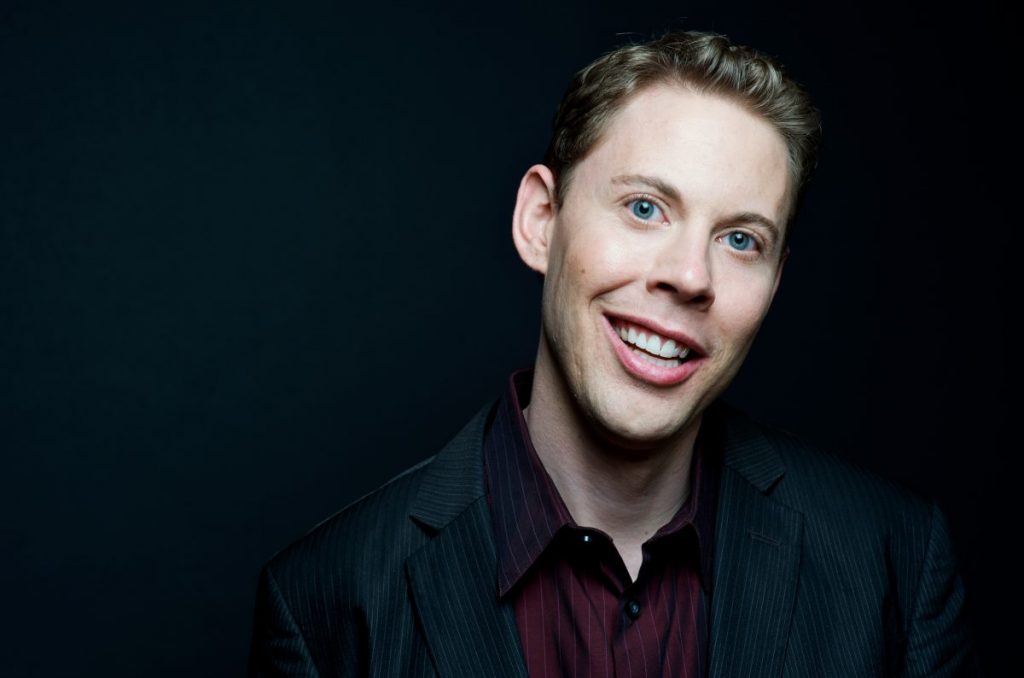 With the Broadway musical Hamilton taking place next door and people dressed to the nines in ball gowns and complex updos, I– sporting my waist-length locs, a striped, culotte jumpsuit and white Puma sneakers– felt a little out of place at first. Nonetheless, I went in.

The show, held in the center’s Amaturo Theater, began at 7:30 p.m. on the dot with an opening act from comedian and actor Sarge.

Sarge made fun of everyone. He poked fun at his own weight, joking about the difficulty he has fitting in airplane seats, an American TSA agent who– while sporting an American flag on his uniform– did not understand any English aside from Fred Flintstone’s famous catchphrase “Yabba Dabba Doo” and a flight attendant he deemed as so horselike, she seemed more fit to be pulling the plane with her teeth than in the isle giving directions.

I had trouble finding the humor in most of his set, but I was the only one. The rest of the mostly-filled theater eroded in laughter after almost every joke.

Around 8 p.m., Sarge wrapped up, and it was time for the main act. Having never heard of Hamilton or experienced his comedy, I was worried. Not only was I concerned about spending the next hour of my life faking laughter to keep up with my neighbors, I was thinking, “Wow, please let me be able to write a good article tomorrow.”

But when Hamilton walked onto the stage with the uniform of every good comedian and middle-aged dad when their wives tell them to dress up, my anxiety melted away. “A t-shirt with a blazer on top? Dad jeans? Yeah, this guy’s going to be funny,” I thought.

The self-deprecation I had read so much about started right away. “I’m not famous,” Hamilton kept repeating through his own laughter and that of the crowds. He joked that half of the audience was made up of “fans” who barely knew who he was, and the other half was made up of the fans’ guests who had no idea who he was. He even acknowledged that he shares a name with the a famous musical, that it was happening right next door and that everyone, including himself, would much rather be there.

“This is not the Hamilton you’ve been looking for,” he said. “I am a Hamilton, if that helps.”

His set lasted about an hour, each anecdote or joke just as funny as the last. He talked about everyday things– dating, childhood, hot air balloons and how hard it is to cancel a gym membership– and that’s what made it so enjoyable. In addition to the endless laughter, you could see head nods spread across the crowd, as if the attendees were silently saying, “If I could retweet that, I would.”

“At first I didn’t know what to expect because I’d never heard of him,” said University of Miami sophomore Zoe Prescod, who had attended the show the same night I did. “But when I realized he was awkward like me, it made his content funnier and more relatable.”

Hamilton’s show was, whether intentional or not, interactive, eliciting frequent feedback from the audience.

At one point, Hamilton joked about health insurance and how the thousands of dollars he had spent on it finally paid off when he got his $40 flu shot for free, to which an attendee shouted, “Well spent!”

Hamilton, having trouble hearing him from the stage, responded, “Will Smith? Wellsmith? Is that the name of your pharmacy here?”

After a brief yet awkward pause, Hamilton continued through laughter. “I don’t think I belong here right now. You all know something that I don’t know.”

I think we’ve all had that moment before.

“Well spent” became a running joke for the rest of the evening with attendees shouting it out during every pause.

Hamilton delivered an undoubtedly hilarious show with facial expressions and body movements just as awkward and relatable as the jokes themselves, and from the middle of the fifth row, I did not miss a single minute of it.

“Broward County, you have been so much fun,” Hamilton said before leaving the stage. “Thank you so much.”

The audience continued clapping well after he left the stage.

I’d say it was nothing less than an evening well spent.