Alexandra Martinez knew exactly what to do when her police department received a call from a teenager whose friend had just sent him a text with her location and an alarming message: “I’m going to be raped.”

As a veteran Pinecrest Police Station detective, Martinez was familiar with the area and rushed to the location with her fellow officers. Upon arrival, the police they found a group of young men attempting to flee from the guesthouse.

The victim was nowhere in sight.

The officers stopped the suspects from leaving and immediately fanned out to search for the missing girl. After a while, one of Martinez’s colleagues called out — there was someone hiding in the bushes.

Hearing sniffles coming from the thick shrubbery, Martinez rushed over. Through the darkness, someone grabbed her hand.

“It was like all my hairs stood up,” Martinez said.

“There was the girl.”

The young woman, who was 18 at the time and a recent high school graduate, kept pointing to the owner of the house, a 21-year-old man. She was crying too hard to speak.

For Martinez, connecting with and comforting victims is one of the most rewarding aspects of police work. 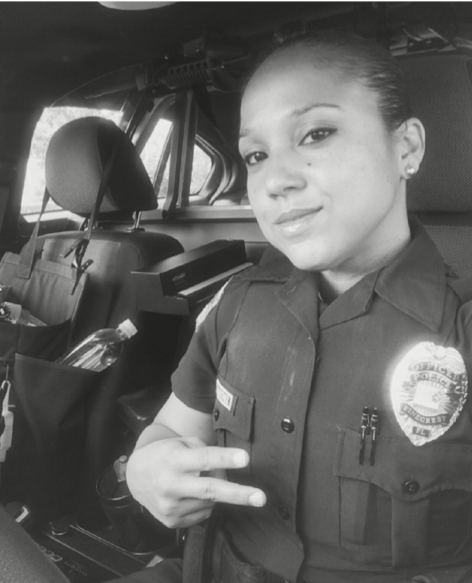 Martinez, who joined the University of Miami Police Department in 2017 to head the Crime Prevention Office, is wearing all of those hats but without the official title of police officer. As a programs manager, she is part of UMPD’s administrative team, a role that allows her to be a part of the police force, minus “the never-ending back to back” of attending court hearings, organizing photo line ups and responding to active situations.

Still, her civilian position offers new opportunities and challenges each day, Martinez said, pointing to a whiteboard in front of her desk that has meeting dates, appointment times and various other reminders scribbled across its entire surface.

“She just seems to be everywhere all the time,” he said. “She’s always on top of things.”

He cited her detective experience as a major asset to the department, saying that her investigation and communication skills make her more beneficial than any civilian candidate.

“She’s just a wealth of energy, and she has the follow through to get it done,” Gerlach said.

But Martinez said she wants students to know that she’s not the only hardworking UMPD employee— the organization is full of officers who are always willing to help.

“You guys have a really good police department,” she said. “You have officers who are very dedicated. Most come with years of experience.”

Police work at a university is less about jumping fences and catching murders, Martinez said. It’s more about mentoring students and teaching them how to protect themselves. She said campus cops recognize that college students are still learning and maturing. 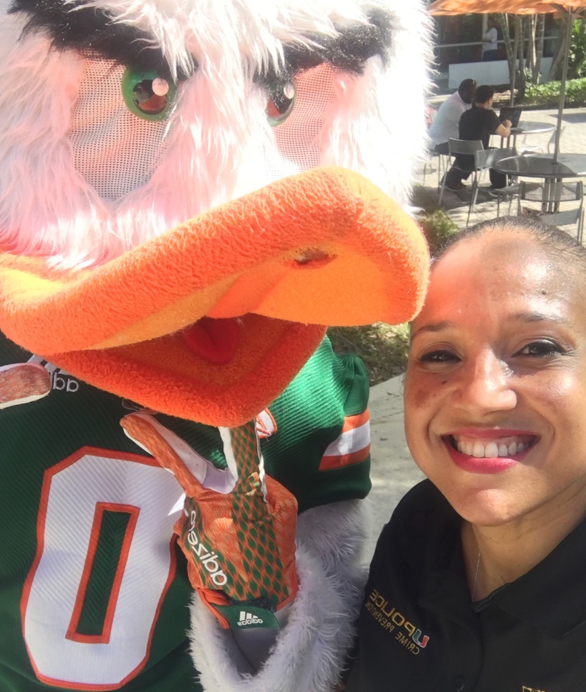 “College students, at the end of the day, are going to be college students, and it’s better to create an environment where they feel safe and comfortable, versus one where they’re afraid of coming forward in instances when they need help,” said White, a broadcast journalism student and residential assistant in Pearson Residential College.

White said her interactions with UM police officers have always been pleasant;she said she trusts that they’re looking out for her.

“It’s very clear that their goal is not to incriminate students or get them in trouble,” White said. “It’s really just to help them and keep everyone safe.”

But although Martinez said she loves her job at UMPD, she still misses being a detective. Most of all, she misses “the hunt” of tracking down criminals.

But she definitely doesn’t miss being on call 24/7. Martinez served as Pinecrest PD’s public information officer for nearly eight years, and said she was rarely able to enjoy any holidays, birthdays or family events in peace.

“You start feeling it,” Martinez said of always being on call. “It’s mentally and physically exhausting.”

Anytime the police department needed to address the media, Martinez had to be ready to deliver a statement. As a result, she missed out on a lot of family time.

Ultimately, Martinez left Pinecrest PD in search of more normalcy. She didn’t want to give up her fast-paced lifestyle, but she wanted to spend more time with her kids.

Now that Martinez has a more regular work schedule, she can spend time with her husband, who is a local firefighter, and her two teenage kids. On the weekends, she said she likes to enjoy the outdoors with them.

“My kids know a lot about police work, so I try to make them feel like they’re a part of what I do,” she said. “That way, they know that if I’m not with them, it’s because I’m doing work. It’s not because I don’t want to be there.”

Martinez said she loves reading novels and watching romantic comedies in her free time. She joked that she’s seen “Pride and Prejudice” more times than she cares to admit. 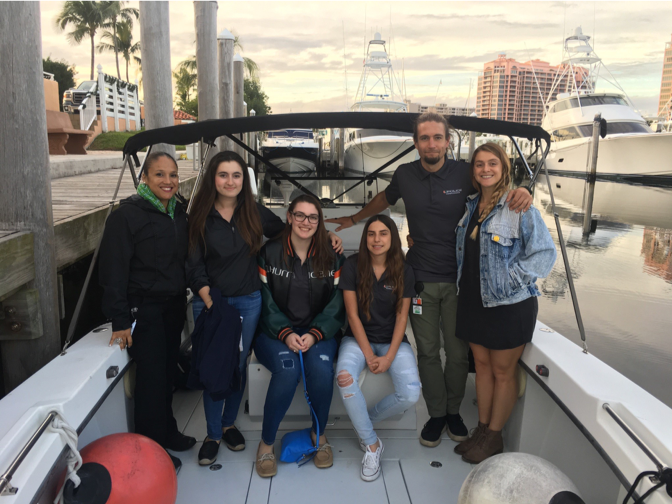 Martinez is also passionate about self-defense. As crime prevention officer, she teaches a class at UM with the goal of encouraging students to take their personal safety seriously. She said it’s important for everyone to be their own heroes.

This is a message that Martinez has been preaching for a long time. While presenting at a middle school career fair as a Pinecrest detective, Martinez gave this very advice, not realizing the impact that it would have one of the young girls in the crowd— the same girl who Martinez would pull out of a bush years later.

A week after the incident at the guesthouse, the victim told Martinez that they’d met before, and that the words “be your own hero” rang in her ears when she arrived to her friend’s house, expecting a party, but found that she was the only girl there.

When the hosts started to get aggressive, the young woman locked herself in the bathroom, sent a text to her friend and ran out of the guesthouse when one of the men forced his way through the door. She hid in the bush until Martinez pulled her out.

“She saved herself,” Martinez said. “She knew what was going to happen; she followed her gut; she didn’t wait around to see if she was wrong.”

Welcome back, Canes!
ACC Predictions: UM faces a pair of teams from the Tar Heel State