Home » Miami set for rematch against Wisconsin in Pinstripe Bowl

Miami set for rematch against Wisconsin in Pinstripe Bowl 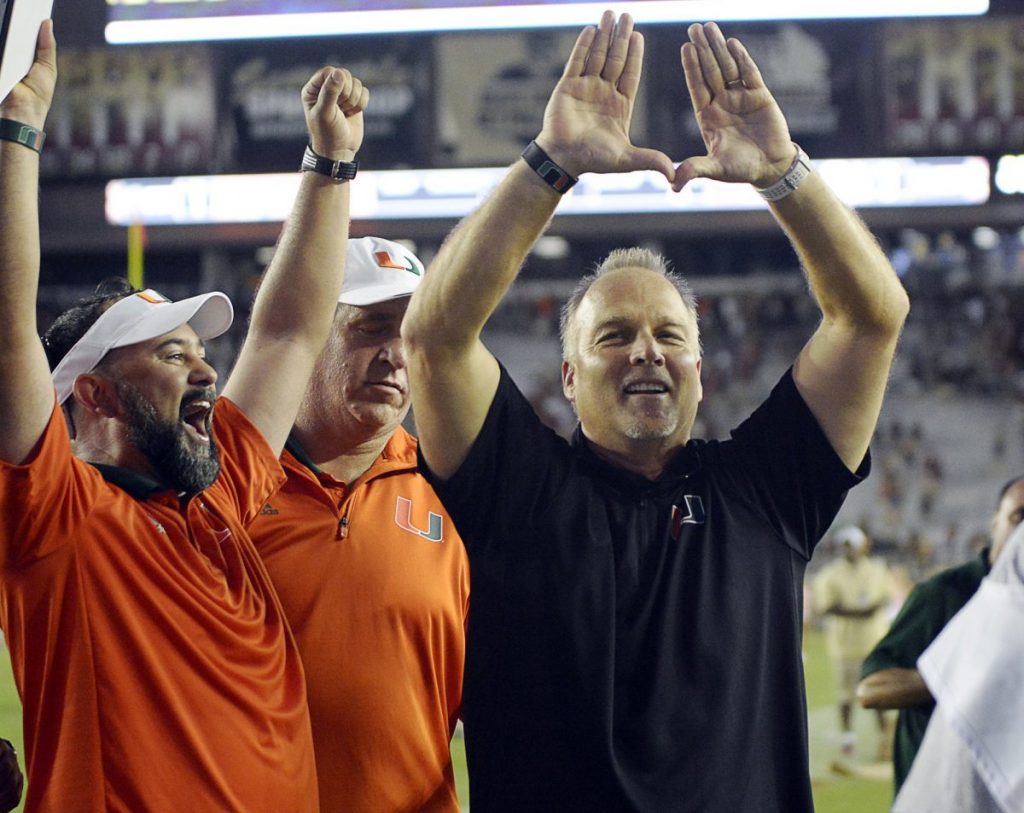 Miami is 1-1 in bowl games under coach Mark Richt, including a 31-14 win over West Virginia in the 2016 Russell Athletic bowl. Photo credit: Josh White

Start spreadin’ the news. The Miami Hurricanes are heading to the Big Apple.

On Sunday, Dec. 2, Miami accepted a bid to play in the Pinstripe Bowl against the Wisconsin Badgers. The Hurricanes and the Badgers will kickoff at 5:15 p.m. Dec. 27 at Yankee Stadium with the contest televised on ESPN.

“The bowls are interesting in that it’s the finish of this year and it’s kind of the beginning of next year,” Hurricanes coach Mark Richt said. “So, it’s very meaningful to our seniors. Obviously, it’ll be the last game that they’ll wear that uniform and wear the ‘U’ on their helmet. But it’s also important for our young guys, too, to have a great performance working ourselves into the offseason and into next year. It’s big for a lot of reasons.”

Last season, Wisconsin defeated Miami 34-24 in the Orange Bowl at Hard Rock Stadium. Less than one year later, the Hurricanes will have the opportunity to avenge that loss and cap off a turbulent season with a three-game winning streak.

“We know Wisconsin is a very good team, played them last year, obviously and didn’t get it done,” Richt said. “We know they’re an outstanding team and we believe we are too, so, I think it’ll be a great matchup.”

“Neither season went the way either team had planned at the beginning of the year,” Miami Director of Athletics Blake James said. “This is an opportunity to bring two great programs together and have another shot to see who’s going to end the season with eight victories.”

Most postseason prognosticators expected Miami would likely remain in Florida and play in the Gator Bowl on New Year’s Eve in Jacksonville. However, last-minute bowl reshuffling slotted the Syracuse Orange in the Camping World Bowl—rather than the previously projected Pinstripe Bowl—and North Carolina State ended up in the Gator Bowl, ultimately sending the Hurricanes to the Pinstripe Bowl, another one of the ACC’s Tier 1 Bowl Games.

Yet, James believes a game against Wisconsin in New York will drive Miami fans to watch their beloved Hurricanes. New York City has the most Miami alumni outside of South Florida with 11,800 former UM students living in the area.

“That northeast corridor, I think we’ll have a lot of people that will be excited to have us up there and they’ll come out,” James said. “I think our alumni and fan base really will be excited to be there and what’s not to be excited about? It’ll be a great game against a great institution and football program and one hosted by a world-class organization.”

The bowl berth marks Miami’s sixth consecutive postseason appearances and its third straight under Richt. The Hurricanes have gone 2-8 in their last 10 bowl games, including a 31-14 victory over West Virginia in the 2016 Russell Athletic Bowl under Richt — their first bowl victory in a decade.

“I’m sure a lot of our guys have never been to New York and they’ll get to see some things they’ve never seen,” Richt said. “I’m sure there will be a lot of events and experiences these guys will be able to have that maybe they wouldn’t have had the chance to have. I think that’s important. Just getting the chance to play another game is huge and hopefully, guys will benefit from it.”

Miami has not played in a bowl game in New York since it lost to Nebraska 35-34 in the 1962 Gotham Bowl. ACC teams are 1-3 all-time in the Pinstripe Bowl since it was established in 2010. 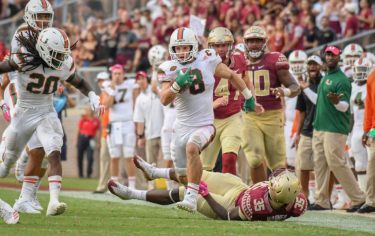