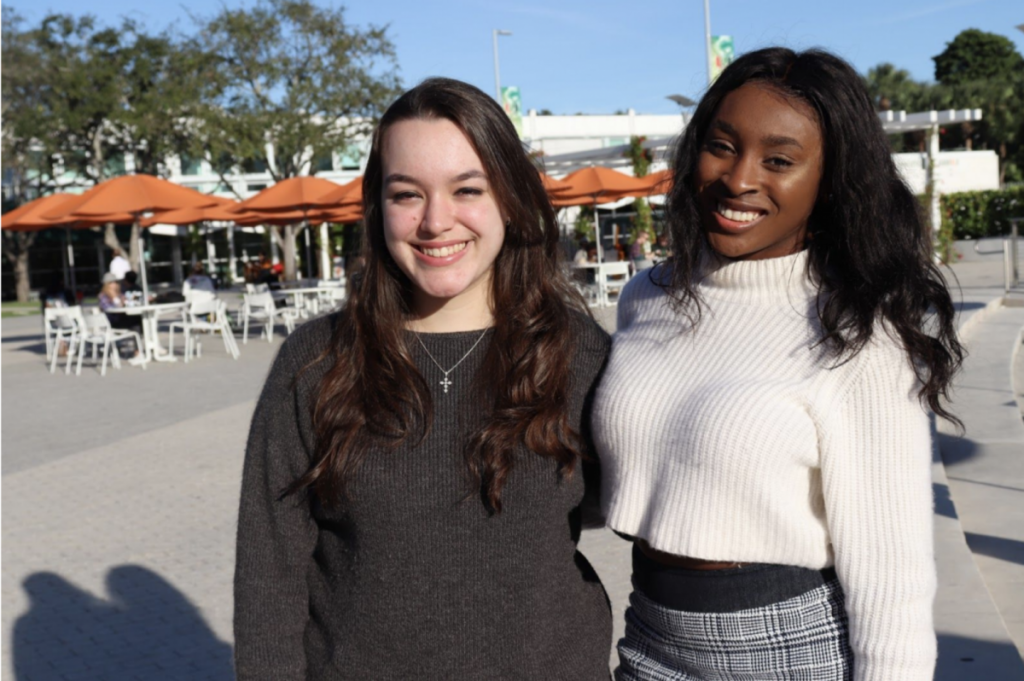 Seniors Ashlyn Coleman and Amanda Lopez-Cardet, authors of a new student government bill that would encourage professors not to schedule exams on Election Day, pose near the Shalala Student Center, where the idea and the creation of the bill began. Photo credit: Abigail Adeleke

Voting is widely considered a fundamental American right, a pillar of democracy. However, many college students struggle to find spare time that they can devote to the polls.

The University of Miami student government is aiming to alleviate this problem and make voting easier for students with heavy course loads.

A bill recently passed in the SG Senate that urges professors not to administer exams on Election Day. Its goal is to free up students’ schedules and give them more time to cast their ballots.

Freshman Aneesh Shinkre said he missed class this past Election Day to exercise his right to vote.

“I almost waited there for an hour,” said Shinkre, who voted at the Watsco Center . “It was very inconvenient that I had to miss class. I take my educational experience at UM very seriously.”

Ashlyn Coleman, the SG chair of academic affairs, said the bill is intended to promote civic engagement on campus and is in no way forcing professors to cancel class.

“More or less this bill is to show that we would like professors to kindly schedule their exams around [Election] day,” said Coleman, who is a senior. “You should be worried about who you should vote for, not if you have a test that day.”

The University of Virginia created a petition early September that urged faculty not to administer exams on Election Day. In a new push to encourage young voter turnout, Harvard students have followed suit.

Sophomore Jason Perez, who was fundamental in the bill’s creation, said he hopes the university will be able to easily implement the initiative.

“I’ve had professors who have changed their syllabus from one day to the next,” said Perez. “This is a small and simple change that the administration can easily make that would go a long way towards encouraging civic engagement.” 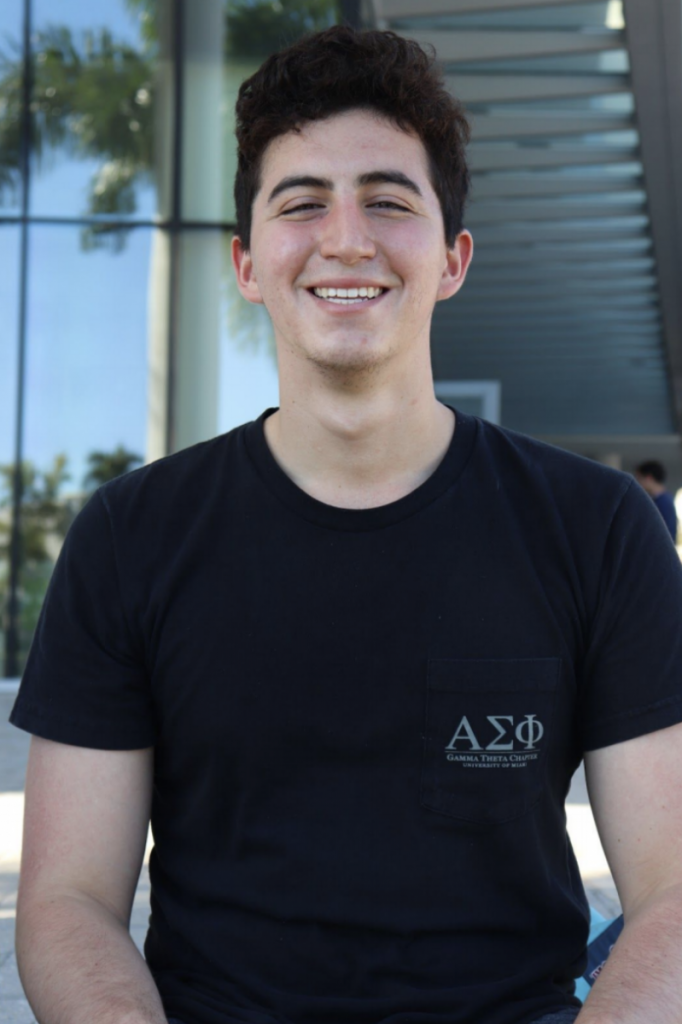 In an effort to gain administrative support for the bill, SG leaders quoted UM’s mission statement, specifically citing the university’s stated desires to “provide service to our community and beyond” and “develop future leaders of our nation and the world.”

Coleman, president of the economics club, said professors agreeing to the change will only further UM’s mission statement and mirror the initiatives of other institutions.

“I think the bill shows the university’s support for voting, that everyone has a chance to voice their opinion,” said Coleman. “The Ivys do it so we should too.”

Sophomore Albany Muria, a voter registration coordinator for Get Out the Vote, said she met with many well-informed students who participated in this year’s elections. However, she also said she hopes this bill will allow even more students to head to the polls.

“I want the turnout to be even greater next time,” said Muria. “We need to ensure that all registered voters on campus actually go out and vote when the day comes.”

The recommendation bill has been sent to Vice President of Student Affairs Patricia Whitely and will be further reviewed by the administration and faculty senate before a final decision is made.