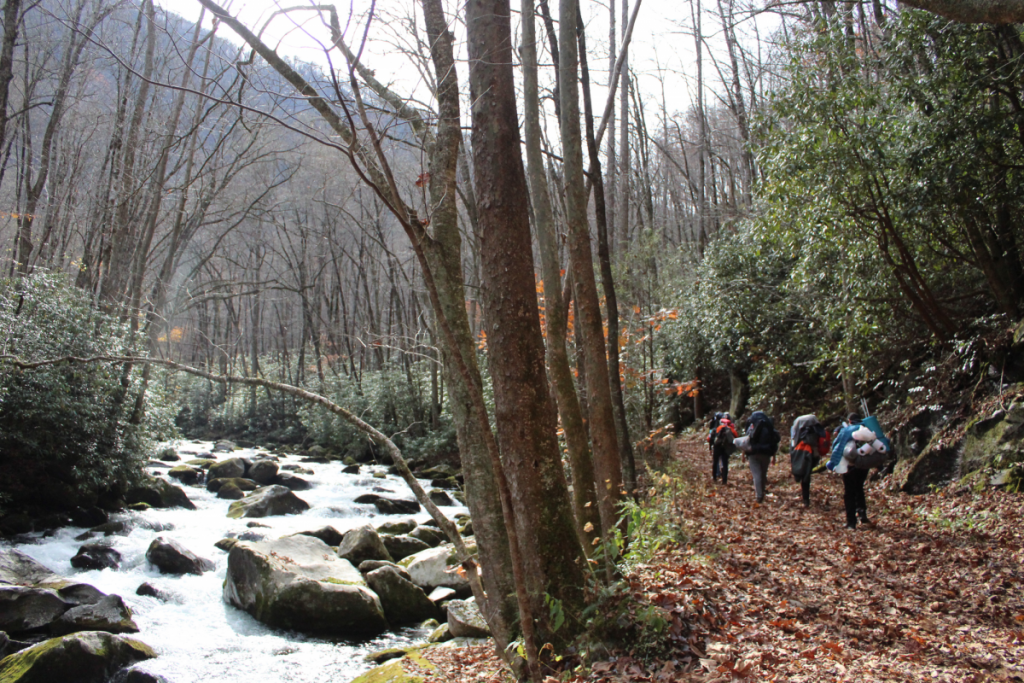 Students hike alongside rapids as they continue their journey through the Great Smoky Mountains. Photo credit: Natalia Rovira

While many students were traveling home for Thanksgiving break Nov. 16, eight members of the University of Miami’s UAstronomy club embarked on a 13-hour drive to the Great Smoky Mountains for a breathtaking, yet challenging, five-day backpacking expedition.

Each participant came face to face with both the trials and joys of the natural world, hiking miles uphill through a nearly untouched woodland. They saw the Smoky Mountains’ iconic rapids and enjoyed sleeping under a sky littered with shimmering stars rather than light pollution.

Sophomore Tyler Kashuv was one of the students who went on the trip. He compared the Smoky Mountains’ beauty to “that of a nighttime sky filled with thousands of stars undimmed by city lights and of the cacophonous sounds of nature and the babbling of brooks as you go to rest anticipating the upcoming day.”

Because the star-gazing adventurers carried everything they needed to survive on their backs, the journey was no walk in the park. On average, each person’s backpack weighed about 50 pounds.

However, many of the students who went on the trip said the beautiful views made the long days, heavy baggage and freezing temperatures all worthwhile. By the end of their expedition, the hikers had trekked over twenty miles, scaling more than 4,000 feet of elevation along the way. 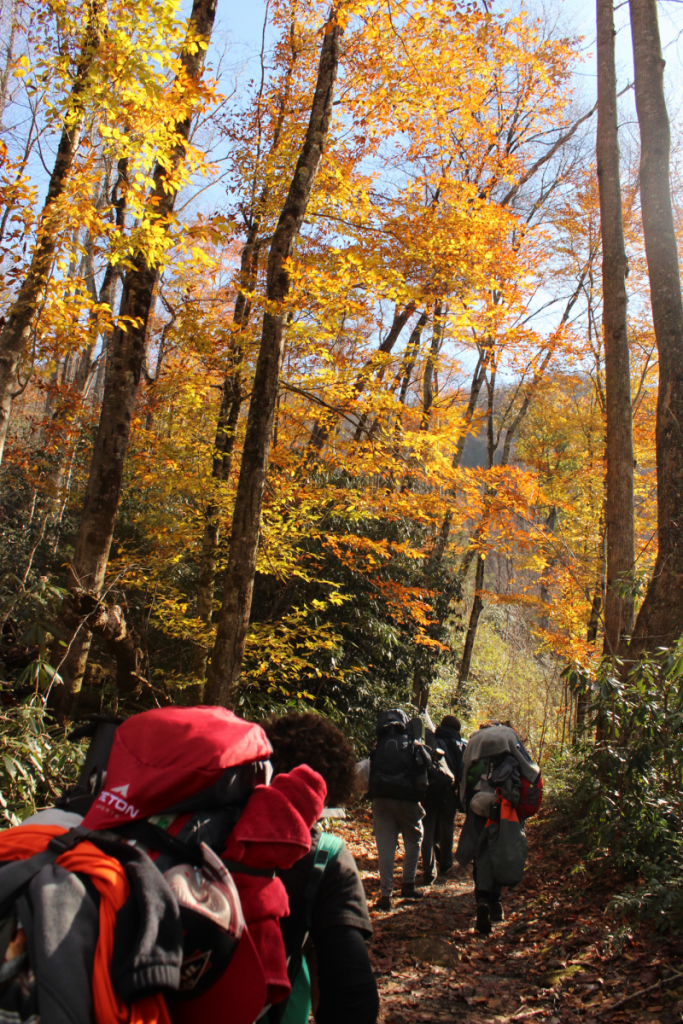 “I learned from this trip that you don’t need a lot of stuff other than the basic essentials: food, water, shelter and some company,” said Kashuv, who is double majoring in biochemistry and molecular biology and physics. “You don’t need a lot of clothing and material possessions, and trust me, your back will thank you for it.”

“The view from the top of Mount Cammerer was gorgeous,” said Chen, who is a senior majoring in mechanical engineering and minoring in mathematics. “It was pretty cool to watch the mountain spread itself into both North Carolina and Tennessee.”

“My favorite part of the trip was on the fourth day when we reached the peak of Mt. Cammerer,” said Kashuv. “We collected snow, boiled it over a fire, filtered it, and used it to make the best hot chocolate I have ever had.”

“It was a very good trip, and I would definitely do it again,” said senior Alexander Berne, who is double majoring in mechanical engineering and physics and minoring in mathematics. “We saw things that we’ve never seen before and had experiences that are pretty hard to come by just casually,” he said.

Berne is currently a Sky Watcher for UAstronomy, keeping an eye out for occurrences in the night sky. He served as president last fall semester, and played a key role in reviving the club four years ago. Since then, UAstronomy has grown to where it is today in part due to his dedication.

This is not the first time UAstronomy has taken its members on an unforgettable journey, and it will likely not be the last. Last year, members flew to Iceland to experience the natural wonders of the country first-hand. There is now talk among board members about traveling to the Atacama Desert in Chile this summer to view a total solar eclipse. 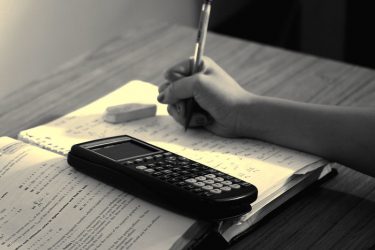 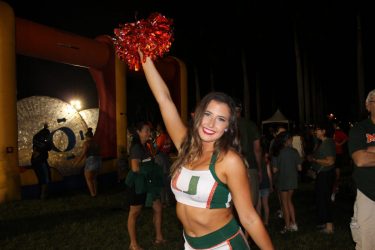