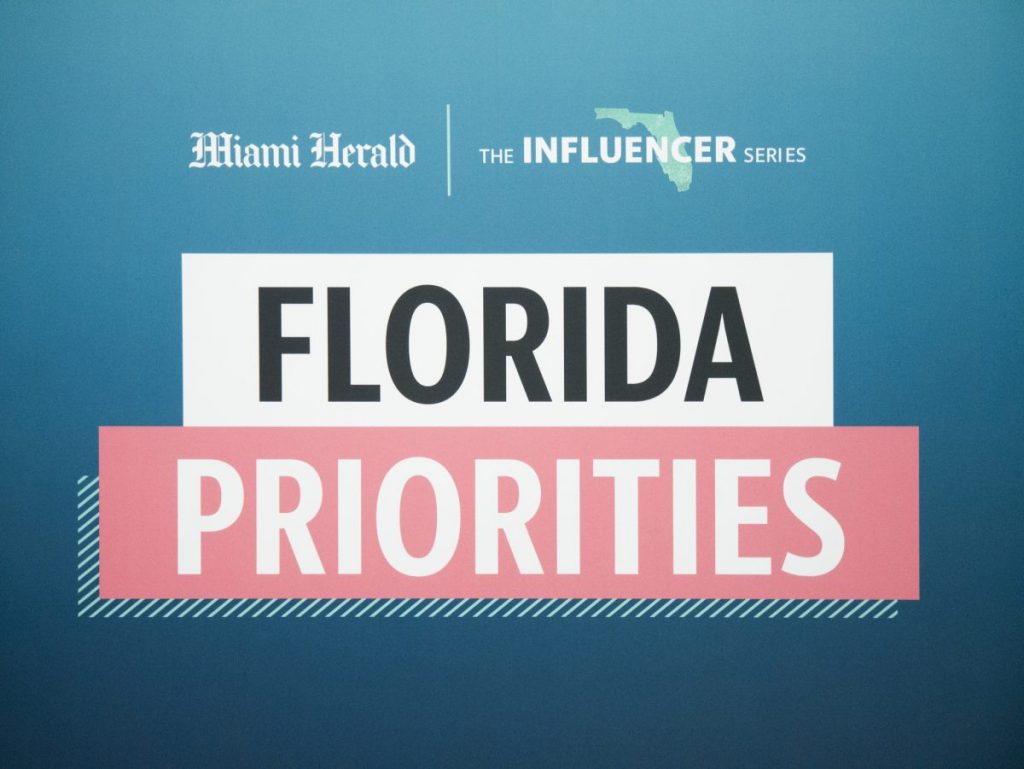 For a complete collection of posts, written by student journalists from across Florida, click here.

One prescription for what ails Florida: Put people over politics

Controversy– often of an explosive sort– characterizes most political debate in modern America, from healthcare to gun control. But as Florida struggles to navigate its divided political landscape, participants at the Florida Priorities Summit offered this advice: start prioritizing people over politics.

Leaders from around the state in infrastructure, education, health care, gun legislation and environmental policy gathered Tuesday and Wednesday at the University of Miami to discuss Florida’s future. The conference was part of a project by the Miami Herald, el Nuevo Herald and Bradenton Herald.

For Victoria Kasdan, a registered nurse and executive director of We Care Manatee, the answer was simple. She said creating an affordable and accessible healthcare system would be a major step towards brightening Florida’s future.

“We’re all consumers of healthcare, so there’s no reason that we all shouldn’t be concerned about high costs and about affordability,” Kasdan said. “It impacts us all.”

Kasdan asked legislators to expand Medicaid, calling this solution “low-hanging fruit,” and pointing out that Florida is one of only 14 states that have not already expanded the program.

“Dear legislators, these are not inanimate objects, the uninsured, these are people,” Kasdan said.

Seltzer had a different request for lawmakers. She urged them to start considering students an investment rather than an expense.

“In order for the state to succeed economically, to be competitive in the global economy, we have to have a world class education,” Seltzer said.

And what does Seltzer think will improve education? Money.

In fact, she said funding is the single most important force in the battle to better Florida’s education system. Taxpayers are willing to spend more on education, but it’s up to lawmakers to make sure the money is allocated properly, Seltzer said.

Rhea Law, chair of the Buchanan Ingersoll & Rooney Florida law offices, said she just wants politicians and the public to start focusing on their common goals rather than their differences.

“We really can all coalesce around the fact that we want a safe environment, an inclusive environment for our state,” Law said. “If we can agree to that, coming to the specific solutions that drive us to that result is what’s going to drive our ultimate ability to reach a consensus.”

Kasdan offered another way for constituents to inspire legislators to create change.

“We need to appeal to them as people, not as party members and really to go after the humanity of the issues,” she said. “Until our politicians incorporate and encapsulate the humanity of some of the requests we’re making, I don’t think we’ll make progress.”

Kasdan said cooperation in recognizing the humanity of each individual is the best way to lift the “dark cloud” that’s over Florida, the only way that the Sunshine State will be able to fully live up to its nickname. 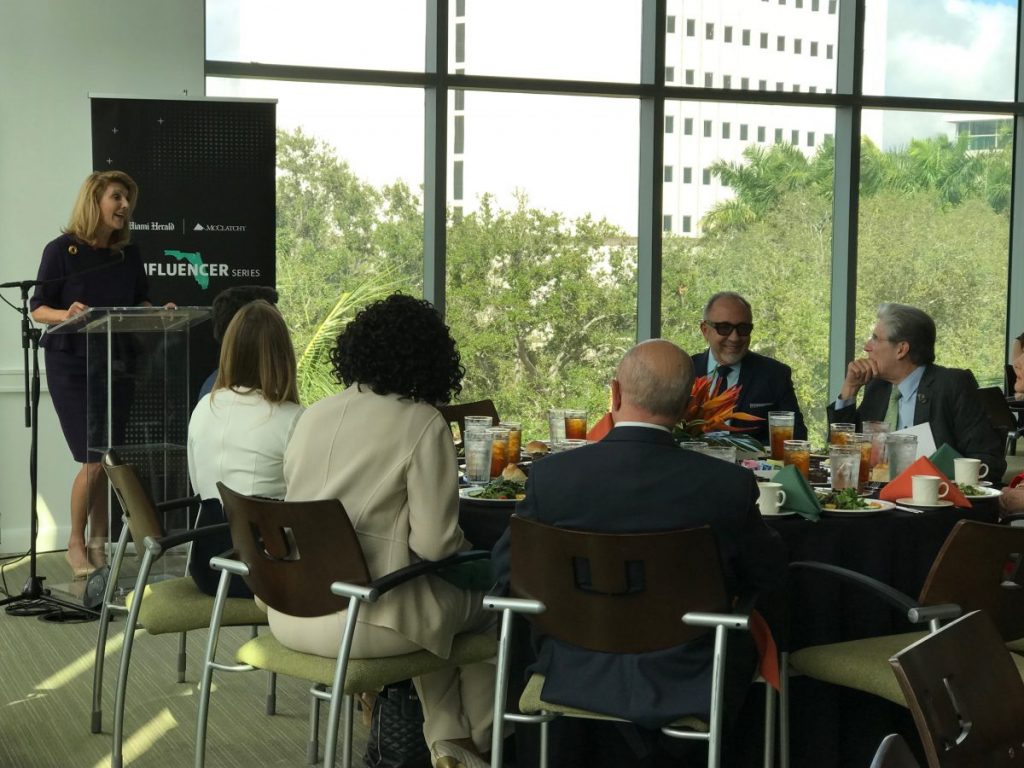 Why some of us can’t stop thinking about guns

As a native of Parkland’s next-door neighbor, Coral Springs, I live in a community changed by gun violence. These days, who doesn’t?

Here, you never stop thinking about guns, and how they can harm—because even on everyday drives to Walmart, you see Douglas, and remember the lives that were lost there.

And your friend’s college campus.

And at—well, you get the idea.

That feeling—of confronting gun violence, even in the most mundane of places—is not-so-slowly growing more familiar to Floridians, and to the nation as a whole, too. So I was eager to listen to the experts, a roundtable of Florida influencers, talk about guns, one of five key priorities discussed at the Florida Priorities Summit on Tuesday.

The discussion was refreshing. It provided a level of practicality and professionalism we don’t often get to see in political “talks” with family and friends. Based on a common understanding that there is, indeed, a problem, the assortment of influencers were able to work based on that foundation—that something needs to be done.

What that something is, though? TBD. Equal in their intentions yet disparate, sometimes, in their idea of execution, members of the table formed a sort of microcosm for the larger debates happening throughout the state and country.

That disparity was highlighted, particularly, by deliberation on gun access.

Mary Anne Franks, a University of Miami law professor, emphasized the need for making it harder for everyone to get guns. Bob McClure, though, president of the James Madison Institute, likened her suggestion for a stricter system to a kind of “gun version of the IRS,” and said the average law-abiding citizen should not be subject to increased restrictions. 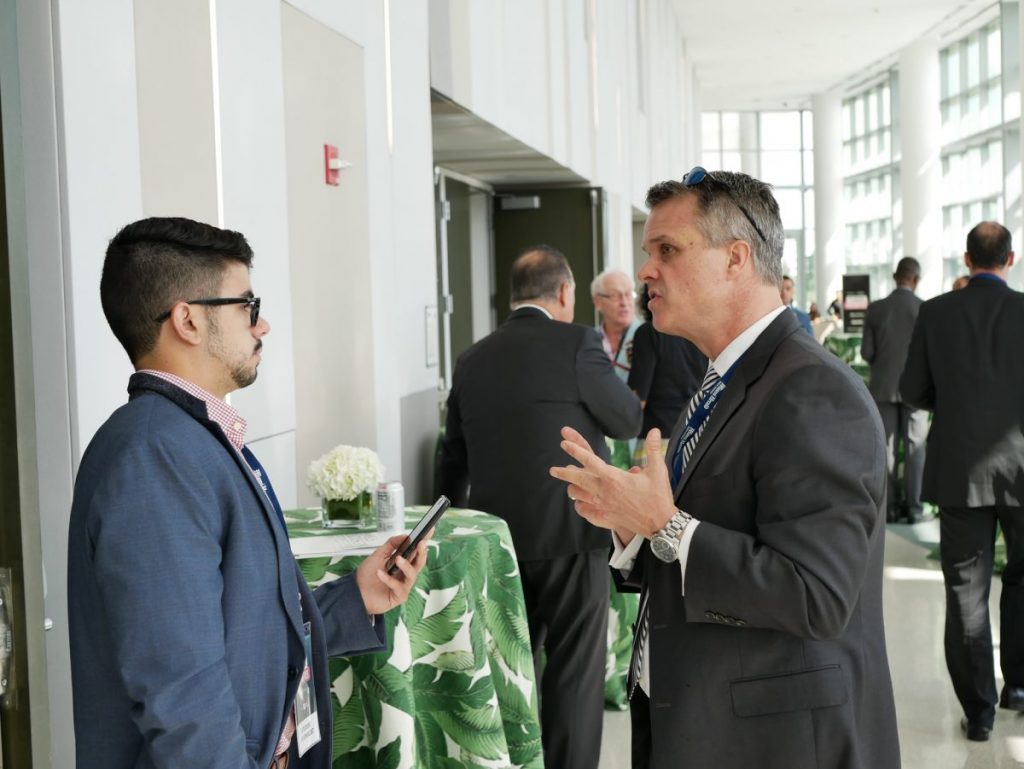 Of course, the conversation continues. I forget why I expected there to be some sort of unanimous group vision from the get-go—but now I know that even these esteemed, experienced influencers can disagree on the carrying-out of gun control. That’s not really a bad thing, though. If they were to approach the issue from a perfectly cohesive perspective—no issues, no “buts” or “I-don’t-think-sos”–then surely whatever plan they put out would have a hard time winning over the other 50 percent of the population come next Election Day.