This past Sunday, I got the opportunity of a lifetime. I went to Astroworld.

If you have no idea what that means, you probably aren’t a die-hard Travis Scott fan. I’ll let you in on a little secret—I’m not either. Still, I found myself at the American Airlines Arena on Sunday, Nov. 11, two hours before the show’s scheduled start time of 7:30 p.m., waiting in a line that seemed like it would never end. And that was just to get in.

The doors finally opened around seven, and that was when the games really began. Suddenly, I was surrounded by thousands of fans who had obviously been preparing for this show for months, whereas I had just picked up my tickets outside. They were decked out in merch—pre-rolled blunts in one hand and over-priced alcohol in the other—and ready for a good time.

The show started a little before 9 p.m. with rapper Sheck Wes.

“Miami, make some mother f**king noise!” he said as he stepped on stage.

I have never heard the majority of Wes’s music, but his performance of the one song I did know—the chart-topping “Mo Bamba”—is not one I’ll easily forget. The crowd went insane.

“I got hoes, callin’ a young n*gga phone,” Wes and the audience sang in unison.

After a brief pause came the climax of the song.

“Oh! F*ck! Sh*t! B*tch!” everyone yelled as an intense mosh pit formed on the floor.

Following him was rappers Trippie Redd and Gunna. Redd, dressed in an orange jumpsuit and no shoes, looked right at home while performing his most popular songs and ending with a tribute to the late XXXTENTACION, during which he performed their song “F*ck Love.” Gunna performed his most popular songs, too, including his song with Lil Baby—”Drip Too Hard”—which peaked at number four on Billboard’s Hot 100.

After a brief intermission, it was finally time for the main act.

Fog, strobe lights, and interesting visuals accompanied Scott’s entrance, during which he performed his hit “Stargazing.” 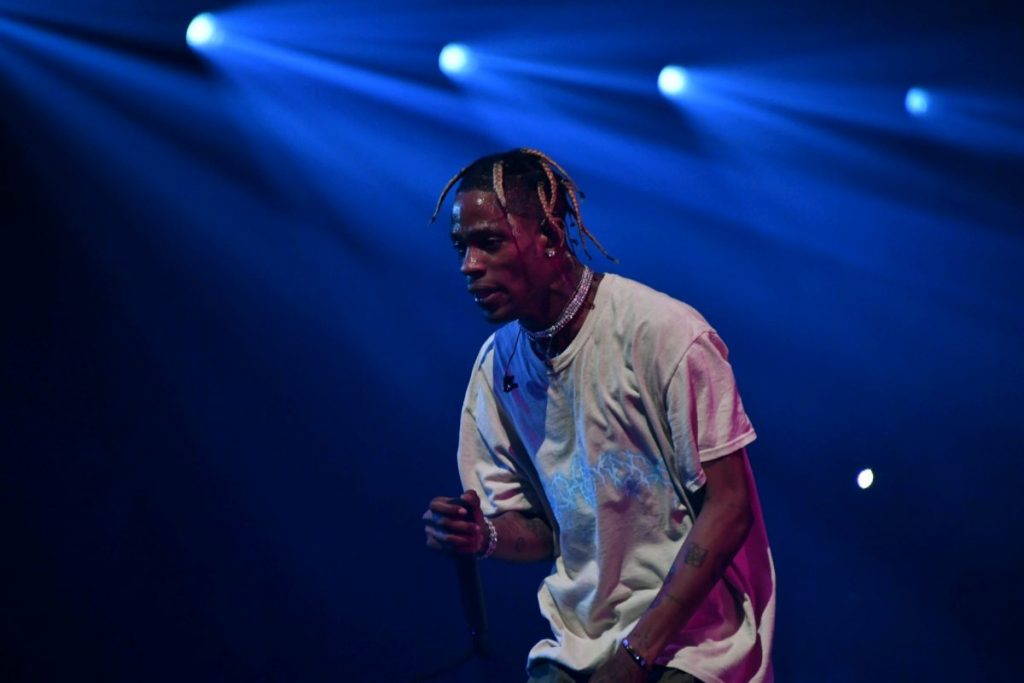 Rapper Travis Scott performs at the American Airlines arena in Miami on Sunday, Nov. 11—the third stop of his "Wish You Were Here" tour. Photo credit: Vladimir Lorenzo

The roughly hour-long set included hits from Astroworld, like “Bystanders” and “Can’t Say”, as well as older ones like “Mamacita” (2014) and “Goosebumps” (2016).

Halfway through, I began to understand the hype surrounding this tour, which kicked off Baltimore only a few days ago. It wasn’t the music (though Astroworld was an amazing album that I highly recommend) that made the show, but the visuals. The “Wish You Were Here” tour offered an experience like no other.

With every song was something new—fireworks, lasers, flaming horses, mock amusement rides (which Scott managed to perform from), and anything else imaginable—and the crowd never missed a beat, moshing, rapping, and dancing to their hearts’ content.

Two lucky fans were pulled on stage, both matching Scott’s energy—jumping and rapping along—before diving back into the audience.

“I got my beautiful wife in the building—everybody make some noise. Got my daughter in the back; she’s watching daddy on the TV,” Scott said between songs, referring to Kylie Jenner and their daughter Stormi.

About three quarters through Scott’s performance, a screen lowered, separating the floor from the rest of the arena.

“Let me take you on a trip to my city,” Scott said as the screen became illuminated with neon cacti and planets.

He then began performing his song “RIP Screw”, a tribute to Houston rap legend DJ screw, during which the neon art was replaced by the Houston skyline. If you haven’t figured it out yet, Scott is immensely proud of his Houston roots and gives the city credit whenever possible.

Around 11:30 p.m., the show began wrapping up, but Scott’s and the crowd’s energy did anything but.

During his performance of “5% tint”, an inflatable astronaut rose from under the stage, and anyone who thought Scott didn’t have any more tricks up his sleeve was proven incredibly wrong. 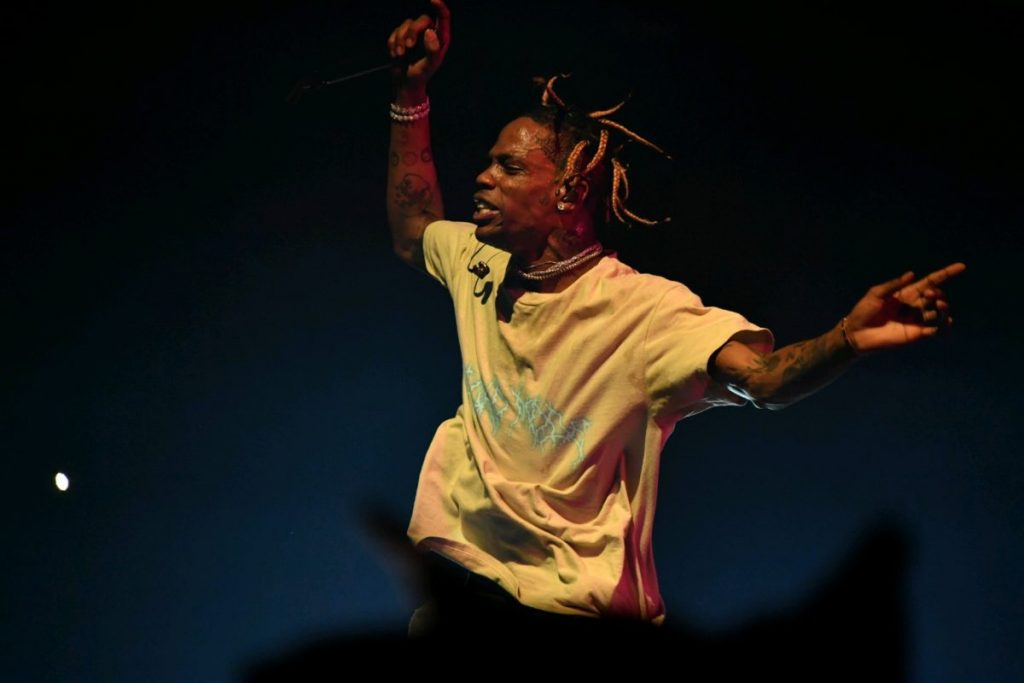 For his final song, he performed “Sicko Mode”, and just when I thought it couldn’t get better, Drake walked on stage. Everyone went wild as the pair delivered a high-energy performance of arguably one of the most popular songs from Astroworld, confetti resembling dollar bills fell from the sky, and a shirtless Scott left his all on the stage.

“Aye Miami, before I leave, just do me one favor and make some noise for this crazy mother f**cker, one of the best performers I know. Make some noise for my brother Travis Scott,” Drake said before they exited.

Astroworld truly felt like a night on another planet, one which I will not forget.