Hernandez sidelined due to eligibility concerns 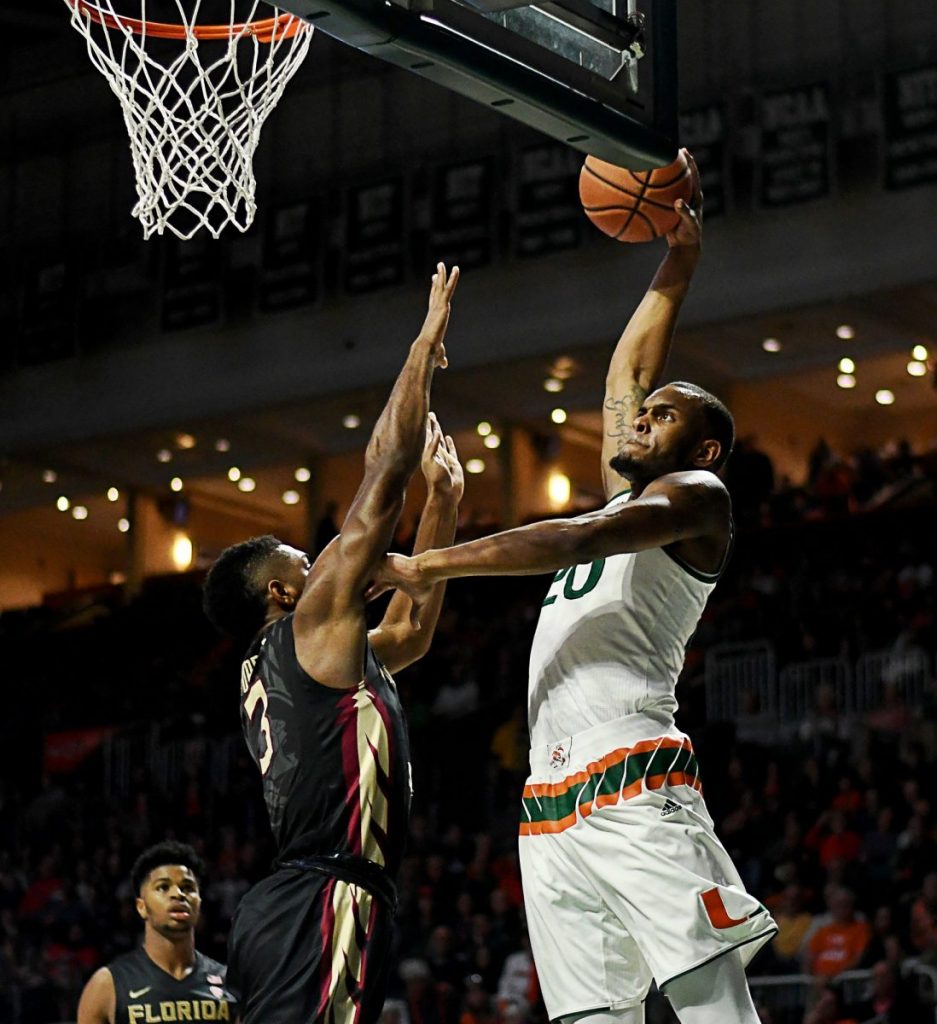 The Miami Hurricanes will be without their returning leading scorer to start the season.

“University of Miami junior Dewan Hernandez will be withheld from competition as the University and the NCAA review his eligibility,” the Hurricanes said in a statement released less than a half an hour before tipoff Friday ahead of their season opener against Lehigh.

ESPN reported that Hernandez was one of 19 players listed in an email by Christian Dawkins, who worked as a runner for NBA agent Andy Miller.

In that email, Dawkins reportedly planned to pay Hernandez $500 per month from September 2017 through January 2018 then $1,000 per month until April 2018. If Hernandez left Miami after the 2017-18 season, he wouldn’t have had to pay the money back, according to the email. But if Hernandez opted to return to school, the payment would have converted to a loan.

ESPN reported there was no evidence the payments were made or that the 6-foot-11, 235-pound forward had knowledge of the plan.

Hernandez, who legally changed his name last month from Dewan Huell in honor of his mother, Christina Hernandez, considered turning pro last spring, but decided to return to UM for his junior season after receiving feedback from scouts and NBA front office executives.

The Hurricanes were initially involved in the FBI’s investigation into college basketball because of their recruitment of current North Carolina freshman Nassir Little. Miami had been linked to Brad Augustine, Little’s Amateur Athletic Union coach, who wanted money from Adidas, through Dawkins, in exchange for swaying Little to Miami.

But, last month, Miami was completely redacted from the indictment.

“We’re going to continue to monitor everything,” Director of Athletics Blake James said Nov. 1, during the Hurricanes’ media day. “Obviously, there’s more cases to come. I believe we’re in a good spot, but I’ve believed we were going to be in a good spot all along. Again, I believe in Jim and what our staff are doing, and I’m confident that they’re doing things the right way, and until someone shows me something else, I’m going to believe that we’re operating within the guidelines established by the association, that we’re led by a man with great integrity and that we’re going to continue to do the things that we do to give our students the best experience possible.”

“We’re just waiting for his eligibility to be reviewed,” coach Jim Larrañaga said, after the Hurricanes’ 83-62 victory. “We won’t know until that decision is made as to what the next step is for us.”