Leading up to Homecoming, excitement and buzz spread across campus, not only about the weekend’s events, but also about who this year’s performer would be—especially following last year’s lineup of Cash Cash, A$AP Ferg, and student collective FirexSquad, which was a huge hit.

Finally, on the evening of Oct. 3, University of Miami students everywhere received a text message revealing who this year’s performer would be—Zedd.

But despite Zedd’s credentials, not everyone was overjoyed about the choice of performer when Zedd arrived at the Watsco Center Thursday, Nov. 1.

Some students were so frustrated, they chose to not attend at all.

“It was non-inclusive. I didn’t go and didn’t regret it, because everybody walking out said it was trash. He was only on for an hour and apparently the only performer,” said junior Jori Opara.

Others echoed this sentiment, adding that the university should consider hiring artists that appeal to everyone.

“I understand concerts try to appeal to the majority, but EDM is not it. They could have gotten one good, big artist that appeals to everybody,” suggested senior Braylond Howard. “Frank Ocean, Miguel, Kendrick, or whoever’s on the radio at that point should be who we’re getting.”

“I understand that we go to a PWI, but the artist they got only tailored to a certain crowd,” Ultimate Peatross added.

Some students went to the concert despite initial reservations and were pleasantly surprised.

“At first I was upset that Zedd was performing,” said freshman Leila Metellus. “I thought it was a lame thing to do because felt like other schools had better people—21 Savage, Lil Baby, and such. Those are bigger names, so I felt like it would be better.”

Nevertheless, Metellus changed her mind after attending the concert. 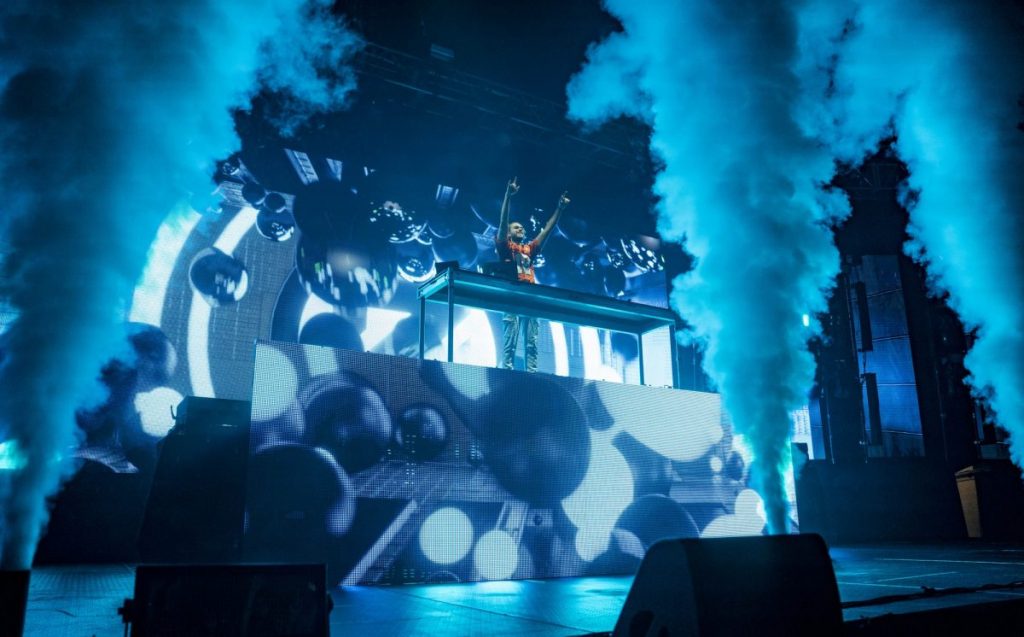 Superstar DJ "Zedd" performs at the Homecoming Concert for UM students at the Watsco Center Thursday night. Zedd is currently one of the top paid DJ's in the world, with hit songs on the radio such as "The Middle" and "Stay." Photo credit: Hunter Crenian

“I had a great time. Honestly, it was fun. He played rap music, pop music, Hispanic music, and classic songs,” she said, adding that she might have misjudged the artist.

Other students were excited from the beginning and were not disappointed.

“The concert was great. I loved it. The best part was that he was so happy and into the crowd the whole time,” said freshman Chase Soghomonian. “It was also so cute that he wore our football jersey!”