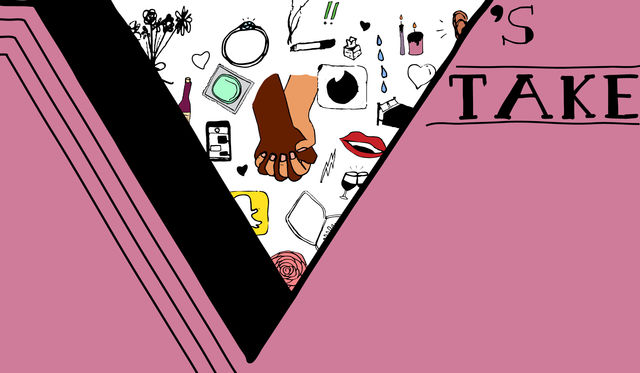 Happy Homecoming, Hurricanes! This past weekend campus was flooded with older, handsome, probably rich alumni of the University of Miami. To rephrase – campus was filled with potential sugar daddies.

You’ll remember this time last year, I told you about my quest for a DILF or GILTAFWAHOSCNS (Grandpas I’d Like to Take Advantage of Financially but Who Are Hopefully Only Seeking Companionship and Nothing Sexual), and the time has come again.

The key message of last year’s piece: Nothing gives an Iron Arrow an iron arrow like reminiscing on their college days.

This year, I stuck to age-appropriate former lovers who were returning to campus for the first time since getting high paying jobs with health insurance at financial firms.

I found several, but they didn’t seem into me.

As Katy Perry once said, “do you ever feel like a plastic bag drifting through the wind, wanting to start again?” Unironically that song is called “Firework,” and after the fireworks is where the real… uh… rocket exploded (on my face and hair).

The theme of this year’s homecoming had something to do with maps, though I was unclear about exactly what. I got out my magnifying glass and other geographic tools and tried to track down a hook up.

I was told to make a pun about the Homecoming theme there, if you couldn’t tell. Go Canes.

As we were leaving, I found someone from my “long list of ex-lovers (who will tell you I’m insane),” to fill the blank space between my legs.

He had several drinks at the Rat and at that thing on the Lakeside Patio, where I think they should serve hard liquor every day. We were both DTF… so he told his friends he’d BRB and we made a quick trip to PRC… Pearson Residential College.

Too many details ruin the fun, but I can say that we certainly kept his mast up while he was going down (unlike that boat. I’m not a fan of maritime activities. I prefer to be a “land hoe”).

It was a successful Homecumming.

If any alumni are reading and want to relive their freshman year, V can make you scream “Oh yeah! (Hecht yeah!)” while getting down and dirty on a squeaky twin bed.

If you are an alumni of the University of Miami and want to support V financially in exchange for companionship and/or sexual favors, email dearv@themiamihurricane.com