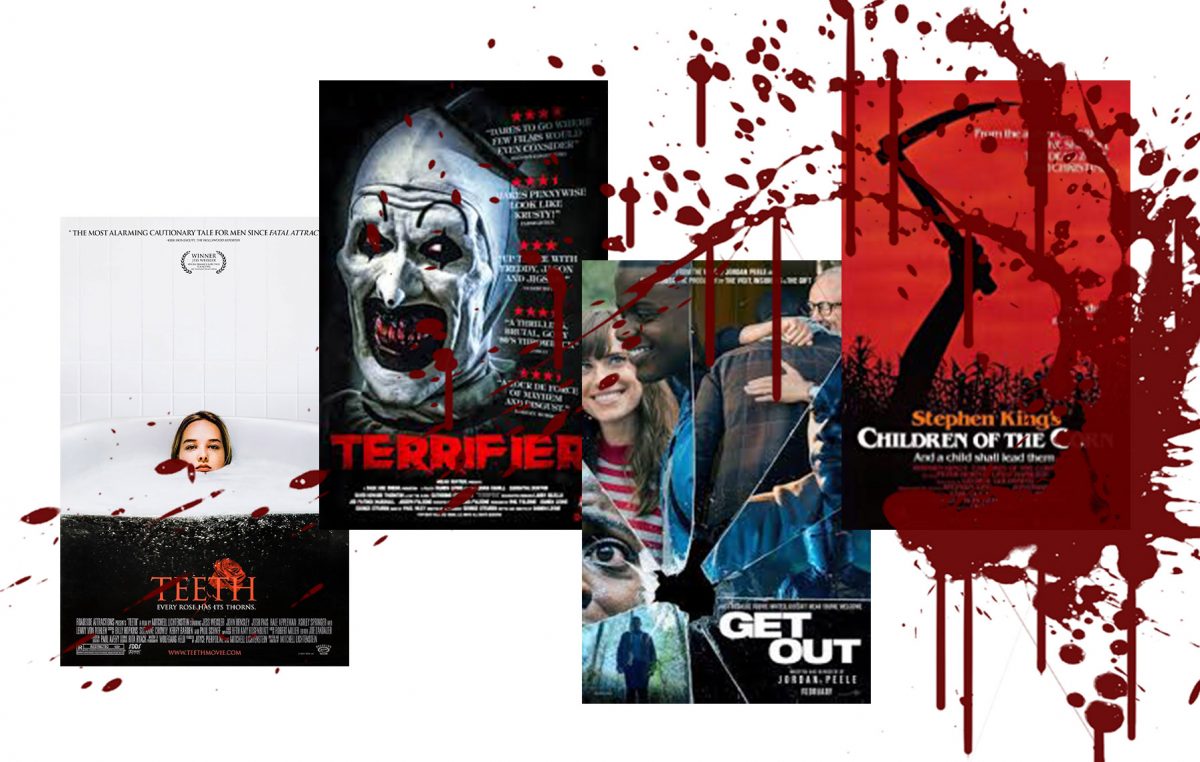 It seems like Oct. 1 was just a few days ago, but now Halloween is upon us. Whether you’re planning a night in or simply haven’t gotten around to making plans yet, I’ve got you covered.

Below, you’ll find my 12 favorite horror movies and where to watch them. Be warned: I can’t promise that all of these will be the scariest movies you’ll ever watch, but as a self-proclaimed horror movie enthusiast, I can promise that you’ll be entertained. But if they do happen to scare you speechless, well, happy Halloween.


Amelia, whose husband died in a car crash before the birth of their son, is having trouble coping with being a single mother, and her son’s irrational fear of monsters is not making it any easier. Sam, her son, finds a mysterious book called “Mister Babadook” in his bedroom, and after reading it, grows even more scared. Amelia rips the book to pieces thinking that will solve the problem, but she later finds out that getting rid of the Babadook is not that simple.


A young couple’s road trip comes to a halt when they find a boy’s dead body in the middle of a deserted, country road. While trying to find help, they wander into a town that appears to be solely populated by children, and after doing some research, soon discover the chilling reason why.

Chris is in an interracial relationship, and he’s okay with that. It isn’t until he agrees to meet his girlfriend Rose’s family that things get… uncomfortable. After witnessing microaggressions from her family, strange behavior from her housekeeper and gatekeeper, and an outburst from her black family friend, Chris does some digging, and what is he finds is more disturbing than he could have ever imagined.


Maddie is a young, deaf, mute woman who lives alone in the woods—sounds like a recipe for disaster, doesn’t it? “Hush” proves that to be true. When a masked killer appears in her window, Maddie finds herself in a seemingly never-ending game of cat-and-mouse, fighting for survival against a man with the upper hand in almost every aspect.


This French horror film follows Justine in her first semester of veterinary school. Desperate to fit in, the lifelong vegetarian joins the other students in eating raw rabbit kidneys. Though initially having negative side-effects, Justine develops an unquenchable third for flesh—and not just that of “typical” animals like chickens or cows.


To help with a current murder case, a young FBI agent named Clarice—played by Jodie Foster—is asked to pick the brain of an imprisoned psychiatrist turned psychopath. When the new killer, “Buffalo Bill”—infamously known for kidnapping and skinning his victims— takes the daughter of a senator as his seventh victim, Clarice is brought face-to-face with an evil that tops her worst nightmares.


In 1975, a father took his two children, Angela and Peter, on a boating trip at Camp Arawak. Unfortunately, only Angela returned home, as the other and their father were struck by lightning. Seven years later, Angela returns to Camp Arawak as a camper, but her time at camp is anything but fun. She is bullied by almost everyone, but when her bullies are mysteriously murdered one-by-one, the truth about Angela’s shocking past is revealed.


Dawn O’Keefe is the spokesperson for her school’s abstinence group, but when she meets a boy name Tobey, she quickly begins to question her pledge of chastity. When the two almost take things to the next level, things don’t go exactly as planned, and Dawn realizes she is far from a regular teenage girl.

“Teeth” brings the legend of Vagina Dentata, the folktale of women who have teeth “down there,” to life through the eyes of an unsuspecting heroine and her development as a woman.


All Hallow’s Eve’s Art the Clown returns in the 2017 film “Terrifier,” a modern take on the typical slasher movie. Art the Clown is unapologetically evil and seems to get amusement out of killing people in the most painful, creative ways possible. When he returns one year after committing a massacre—one which left only one survivor and which he supposedly died in, too—his town is terrorized once again.

I’m not easily spooked, and I don’t usually enjoy movies about the paranormal, but the first time I saw “The Conjuring”, I found myself checking around every corner before I turned it. “The Conjuring” follows The Perrons family as they settle into their new home—a secluded farmhouse where a supernatural presence quickly makes itself know. The family then hires demonologists Ed and Lorraine Warren, who discovers the dark, evil history of the home and why the spirits want the family dead. The question is—how can they stop them? 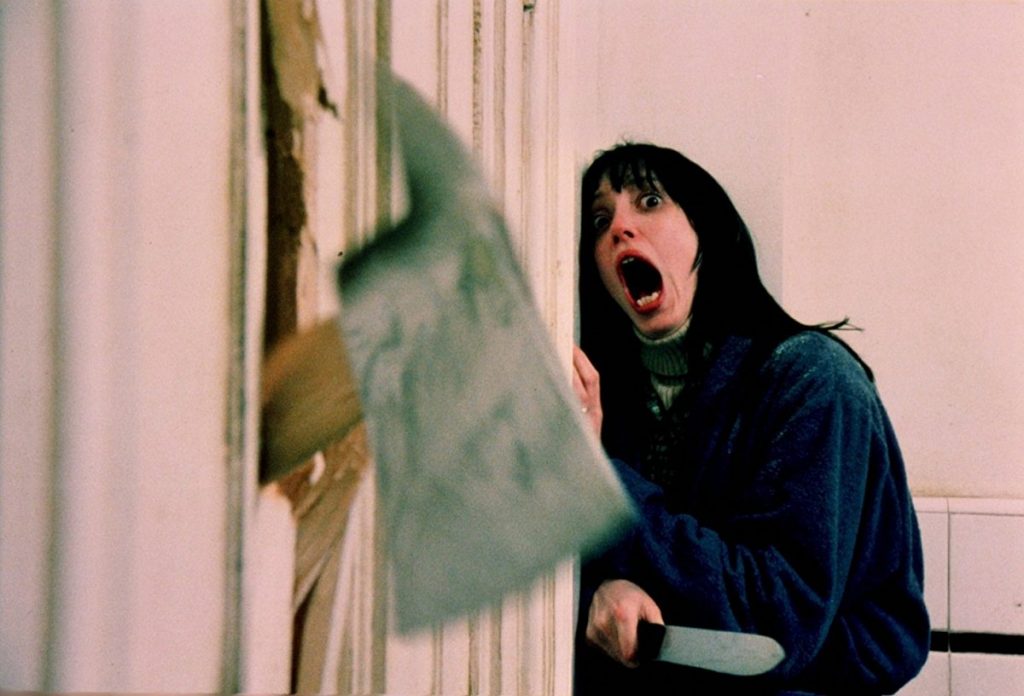 Jack Torrance is hired to be the winter caretaker of a secluded hotel with a long, disturbing history. When he and his family move in, he slips into insanity, becoming set on murdering them. When things take a sinister turn, the only thing that can save them is his son’s special ability, called “The Shining.” 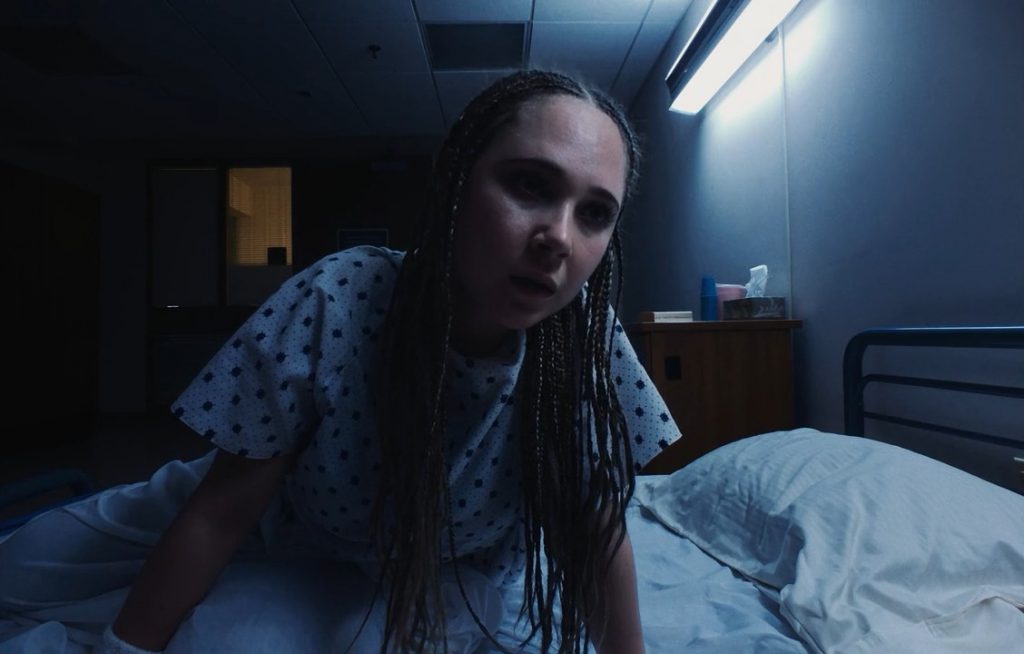 Sawyer Valentini relocates to escape her stalker and ends up in a mental institution for 24 hours. When she begins to suspect that her stalker is one of the staff members, the other nurses begin to question her sanity and extend her stay. Sawyer now must do all she can to survive, but the question becomes whether she is just a woman gone insane or a woman really in danger.