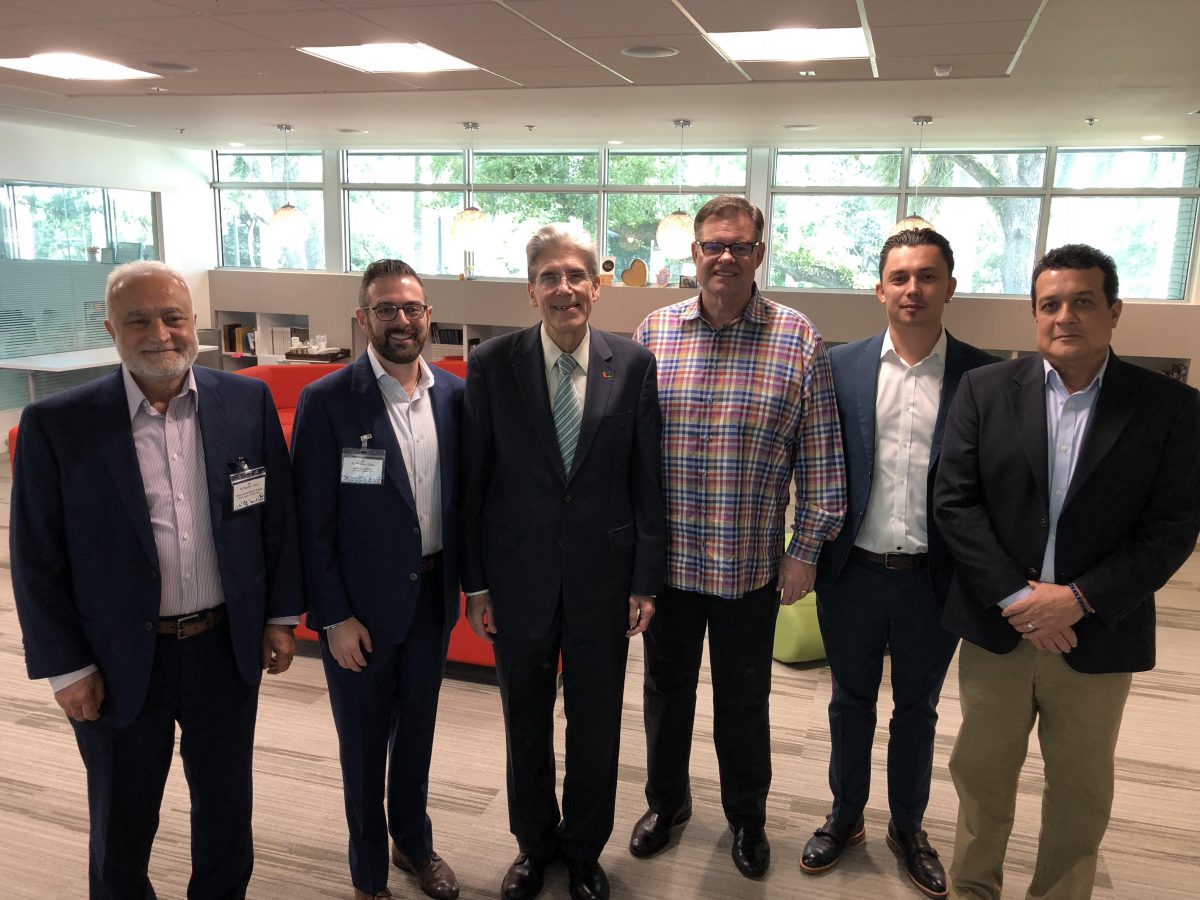 Could the University of Miami serve as a prototype for multifaith communities across the country? Organizers for faith-based initiative My Neighbor’s Keeper think so.

The group, which aims to foster relationships among religious leaders of all faiths, held a multifaith clergy at UM Hillel Oct. 16-17—the first of its kind hosted on a college campus. Throughout the two-day retreat imams, pastors and rabbis from the greater Miami area collaborated through discussion, storytelling exercises and presentations, with the goal of developing meaningful interreligious dialogue.

President Julio Frenk opened the Wednesday events with a message of support from the university.

“One of my priorities has been to truly develop a culture of belonging here at the university,” Frenk said. “We’re already a very diverse campus… but we’re trying to take that a step further, and our own interfaith group of religious leaders is a very important part of that.”

Frenk said that hosting the retreat on campus promotes his ideal of “universities as exemplary institutions,” and said he was grateful to campus religious leaders for creating a sense of inclusion at the school.

For Rabbi and Jewish chaplain Lyle Rothman, the novelty of hosting a retreat on campus—which he dubbed a “labor of love”—was a year in the making.

In October of 2017, Rothman, Abdul Hamid Samra (imam and, now, Muslim chaplain at UM) and fellow religious leaders from Miami and throughout the country traveled to Rabat, Morocco as part of the American Peace Caravan.

Their goal was to foster understanding among different religions, and now, through the work of My Neighbor’s Keeper, the effort has arrived in Miami to serve religious communities on a local level.

The on-campus environment, Rothman said, is a special type of religious community.

“The unique thing that I bring, and what Imam Samra brings, is that we work with a college community,” he said in an interview.

Rothman said he hopes to foster a truly inclusive environment, where students not only feel welcome in their own respective groups, but among each other’s too.

It was an idea echoed by Samra, who said that “more activities and interaction between students whether they’re Christian, Hindu, Muslim, Jewish, Atheist, Agnostic or anything else,” can help build awareness of stigmas, as well as strengths and differences.

Samra also talked about the unique responsibilities of being a religious leader on campus (in addition to his congregation at the Islamic Center of Greater Miami), noting that events for students of multiple faiths must be inclusive when it comes to perspectives, proper language, timing that does not conflict with religious observances and practices such as food and prayer needs.

An example of this consideration could be seen at the retreat, where lunch consisted of sushi (without shellfish), fruit, chicken and lo mein, foods that can be enjoyed by attendees of all faiths.

Before lunch, Pastor Bob Roberts of Northwood Church in Keller, Texas, gave a talk about his work in creating My Neighbor’s Keeper.

As an Evangelical Christian, Roberts spoke out against tribe mentality, emphasizing the use of a multifaith—as opposed to interfaith—approach to religion, so that no one thinks they need to “water down” their beliefs for the sake of others.

“What we do together, frankly, is more powerful,” he said. “When we show up together… it makes a big difference. And the impact of faith leaders has yet to be seen.”

Roberts also talked about his desire to build a network of religious leaders across the country, so that they can establish understanding without needing crisis (such as attacks on each other’s faith) to bring them together.

During the retreat, participants acknowledged these types of crises.

Rabbi Rachel Greengrass said it was a “scary time for Jews in the country,” noting a “60 to 70 percent in anti-Semitic incidents in the last year,” with “people on the ballot for Nov. 6 who are known white supremacists.”

Such incidents have been seen on the UM campus, such as a swastika that recently appeared in a residential college common room.

Greengrass went on to say that “internally, we don’t really know how to react properly in this moment, but we know that we need to.”

Other religious leaders acknowledged the fear.

Samra said that “fear is often a cause of not knowing enough about something,” and that “once one gets educated and facts are understood, the fear that once was irrational turns into understanding.”

“The ‘elephant in the room’ is the fear that divides us,” Rothman said. “It’s fear, it’s politics, all the things we’re not naming.”

Rothman said this fear can be mitigated through the development of close relationships.

“When you know the other person on a very basic human level, you see them potentially as a friend,” he said, citing Frenk’s “culture of belonging” as the “ideal” of what a religiously unified campus can look like.