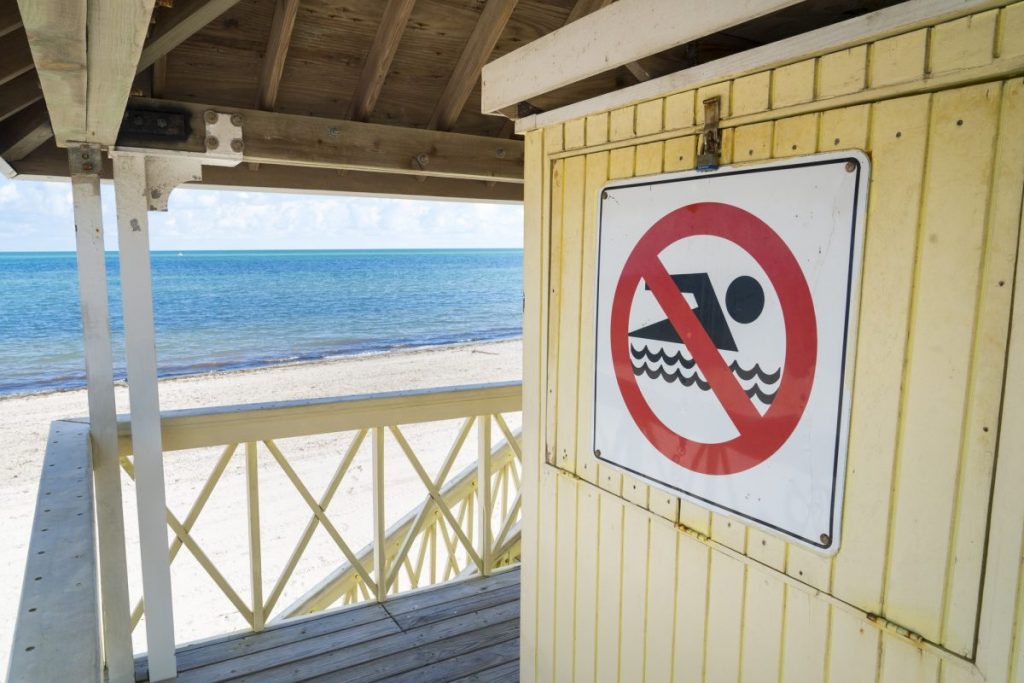 The waters of Haulover Park were devoid of splashing beach-goers Oct. 11, instead filled with a dangerous brew of toxic microalgae. The beach was closed as a result of the first red tide to hit Miami in 11 years.

The tide has been killing fish, turtles, dolphins and whales in the Gulf of Mexico for months, but now it’s also raising concerns over ecosystem health and human safety on Florida’s east coast.

Beach-goers in Miami-Dade County’s Haulover Park were prohibited from going into the water after tests confirmed the ocean was contaminated. Palm Beach County also temporarily closed its beaches due to potential health threats.

Beaches in Key Biscayne, South Beach, and the Keys have remained open, although tests show above-normal levels of K. brevis in those waters as well.

“My eyes got itchy, and it hurt to breathe,” said Munkelwitz, who is a chemistry major. “This red tide has been the worst one ever.”

A microalgae called Karenia brevis is at the core of the problem. It produces a toxic chemical that attacks the nervous systems of marine animals and causes many of them to die, resulting in environmental catastrophe and a significant threat to human health.

RSMAS professor Chris Langdon said short-term exposure to the air-borne toxins can lead to throat irritation and coughing in humans. If the toxins are ingested, gastrointestinal and neurological disorders that can take effect within minutes, hours or days.

Junior Raymond Leibensperger said he wouldn’t risk his health for a beach day, not even during the upcoming fall break.

“The red tide would really affect my plans,” he said. “I would have to do a lot of research into how bad it is because it could for make a really bad beach.”

Munkelwitz said he agrees that the red tide is disruptive and disgusting.

“The whole shoreline is covered in dead fish, and it smells bad,” Munkelwitz said. “I’m not going in that water.”

Although K. brevis is microscopic, populations can explode to create “blooms,” dangerous clouds of algae-rich water that span for miles. These blooms can deplete the water of its oxygen and turn oceans red, giving the tide its name.

RSMAS professor Larry Brand is a phytoplankton expert who has written about increases in K. brevis along Florida’s east coast. Brand said that although red tides are a natural occurrence, they’re highly unusual in Miami because microalgae prefer the conditions of the Gulf of Mexico over those of the Atlantic.

The red tide was likely brought here via ocean currents that transported the contaminated water from the west coast to the east coast, Brand said. The Loop Current passes through the Gulf of Mexico and later connects to the Florida Current, which runs along Florida’s Atlantic coast and offers an opportunity for the Gulf’s waters to mix with the Atlantic.

Miami-Dade beaches were reopened less than 24 hours after their initial closures, but questions about water safety and long-term health remain.

Junior Allison Banis said she thinks the red tide is indicative of a greater environmental problem.

“It’s a natural phenomenon, but humans are causing it to be worse that it should be,” she said.

Pollution from farm runoff and chemical dumping has been known to increase algae levels, meaning that human activity can exacerbate existing problems and lead to larger blooms.

“There are just so many things adding up,” Banis said. “Everything is adding up to just make it ore of a mess than it should be.”