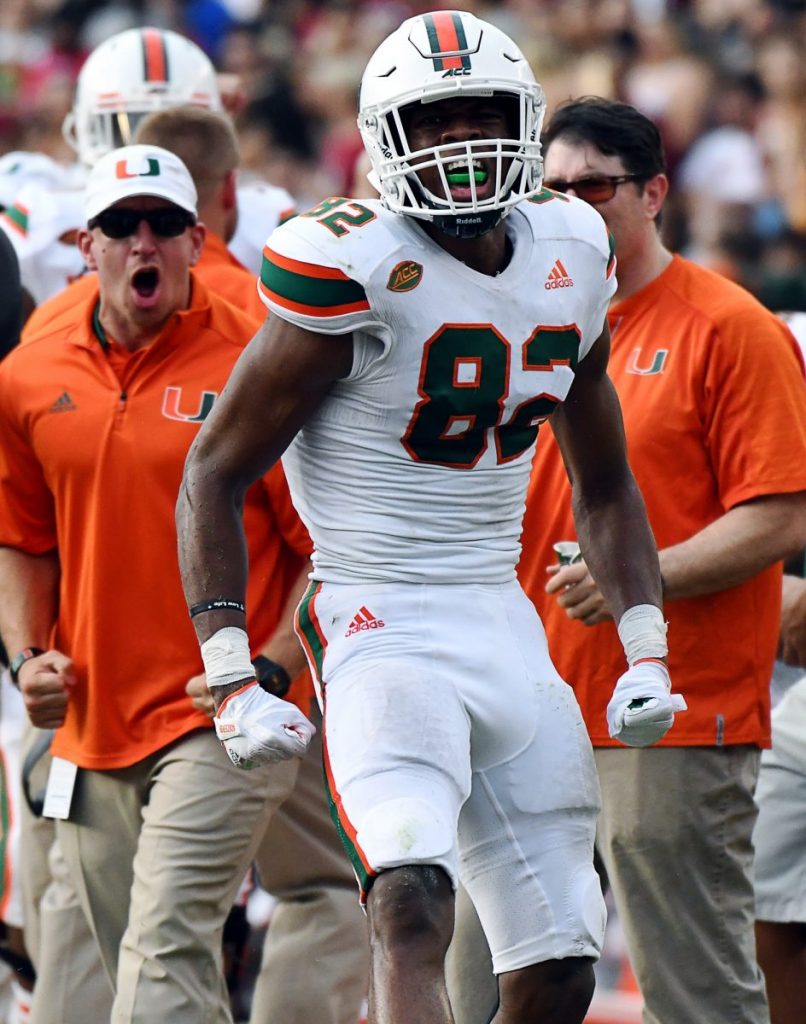 “This is not easy to swallow, for anybody,” Hurricanes coach Mark Richt said. “We’re just thankful that he’s going to be able to lead a very productive life and that there’s nothing catastrophic as far as how his life will not change dramatically from a physical standpoint, as much as it is from being a ballplayer to not being a ballplayer.”

Richards hasn’t appeared for Miami since sustaining a knee injury in UM’s 33-17 loss to LSU Sept. 2.

It remains unclear how or when the Wellington, Florida, native hurt his neck.

“We’re sad that it’s over, for his career,” Richt said. “But we’ll love him up, take care of him and I know he’ll do well in life because he’s a sharp kid.”

Richards thanked the Canes’ training and medical staffs, as well as UM’s coaches, for their support.

“I’m extremely appreciative of the University’s athletic training and medical staffs for diagnosing this injury, and to the football coaches and staff for always putting my health first,” said Richards, in a statement released by Miami. “I plan to continue working towards my degree at UM and look forward to the next chapter in my life.”

The former 6-foot-1, 192-pound receiver played in 22 games, including 19 starts, for Miami over three seasons. He finished his collegiate career with 74 catches for 1,382 yards and six touchdowns.

The former four-star recruit chose Miami over offers from Alabama, Georgia, Florida and Auburn, among others.

He received an outpouring of support on social media, including from Hurricanes tight end Brevin Jordan.

“I remember when I first got here during the summer and [used] to watch you and was shook watching first-round talent before my eyes,” Jordan wrote on Twitter. “[You’re] a savage bro, on and off the field. God got a plan for you my guy just trust his plan.”

Richards’ injury marks the second career-ending injury for the Hurricanes in the last year. Malek Young underwent career-ending surgery on his neck following Miami’s 34-24 loss to Wisconsin in the 2017 Orange Bowl.

“All these guys, they’re not my sons, but in a lot of ways they’re like my sons,” Richt said. “We like to treat our players the way we would treat our own sons, our own children. As a staff, one of our big philosophies is that. So, when anything happens with your own child you grieve for him. It’s not easy to swallow for anybody.”