With the success of “Moonlight” and “Love, Simon,” it is easy to forget that the LGBTQ+ community is still often erased from mainstream entertainment. And, when a movie or show does include LGBTQ+ characters, they’re often used as tokens, having a personality completely developed from stereotypes and little to no storyline aside from being queer.

In honor of National Coming Out Day, observed Oct. 11, The Hurricane is bringing you 11 queer films, in no particular order, that aren’t completely cringeworthy. 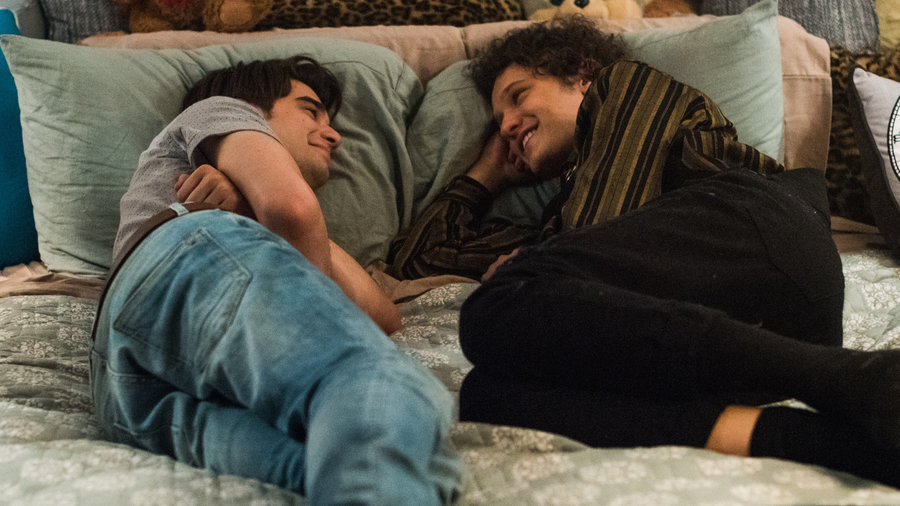 High-school senior Alex Truelove, played by Canadian actor Daniel Doheny, seems to have everything going for him. He is dating his best friend Claire, played by Madeline Weinstein, and is a strong candidate for Columbia University. But, when his girlfriend wants to take the “next step”, and he meets a handsome boy named Elliot, played by Antonio Marziale, Truelove embarks on a confusing roller coaster of emotion and self-discovery. 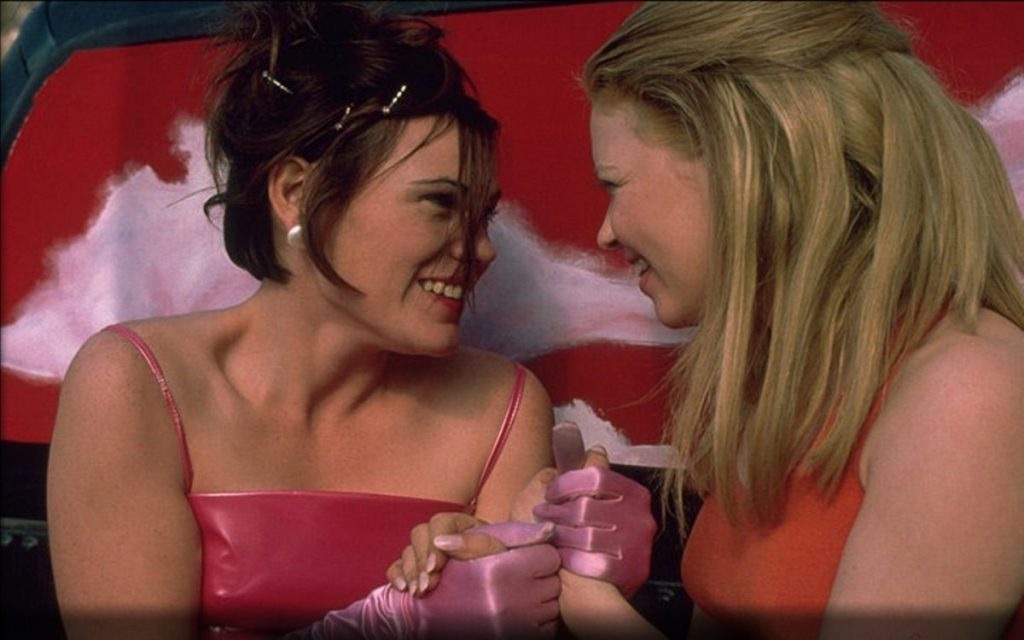 17-year-old Meagan Bloomfield, played by “Orange Is the New Black”‘s Natasha Lyonne, is the perfect teen girl: smart, a great cheerleader, and dating the captain of the football team. When her parents begin to suspect she is a lesbian, they send her to True Directions, a sexual conversion camp. Here, she meets and falls in love with a girl named Graham, played by Clea DuVall, and things take an unexpected turn. 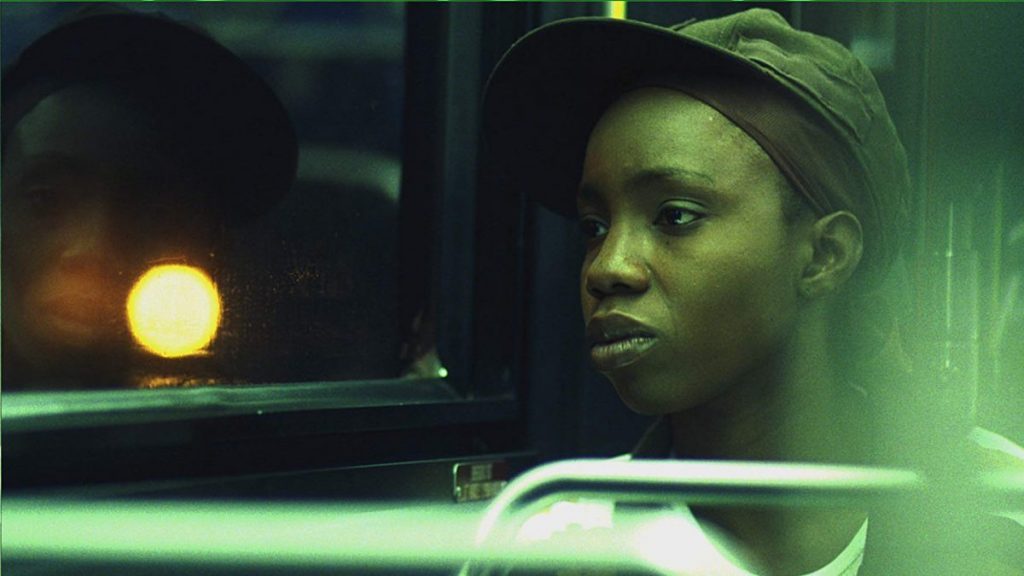 “Pariah,” which premiered at the 2011 Sundance Film Festival, is a hard-hitting drama highlighting the unique experience of LGBTQ+ people of color. Alike, a high-school lesbian played by Adepero Oduye, struggles with her identity, her parents’ strained marriage, and the disapproval of her homophobic mother. 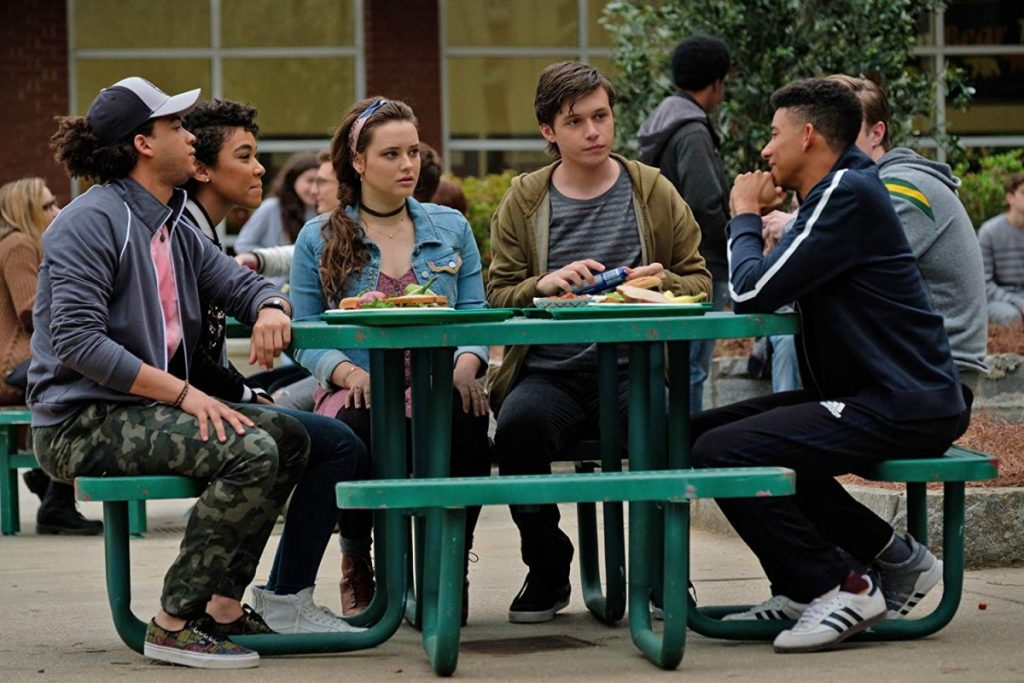 This LGBTQ+ coming-of-age story centers around Simon, a very average teen with a very average family living a very average life. There’s just one thing no one knows: He’s gay. When his secret is threatened, Simon, played by Nick Robinson, must deal with his own feelings as well as those of his classmates, friends and family, all while keeping up an anonymous online relationship. 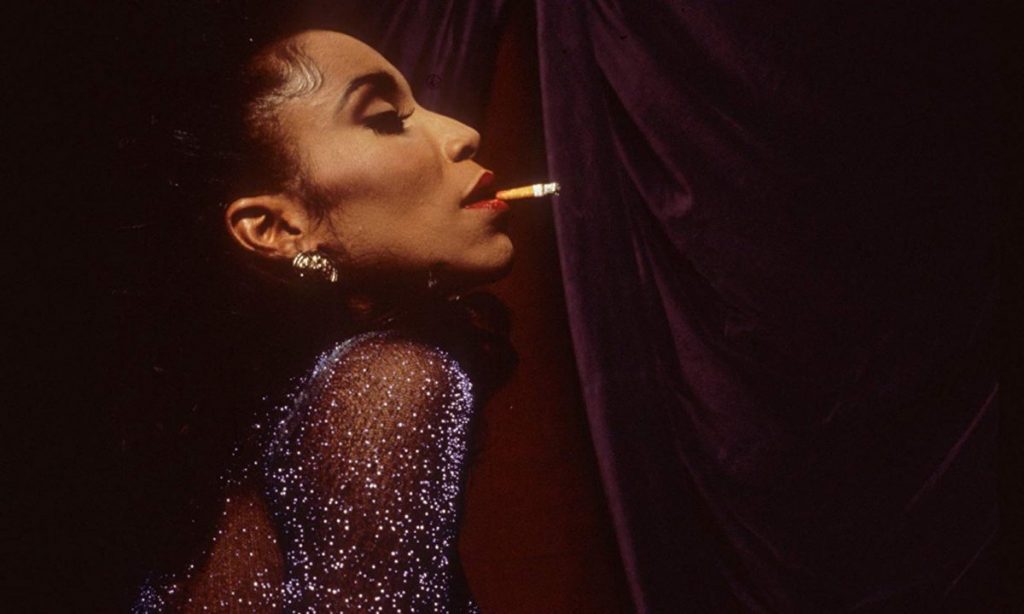 This documentary gives a behind-the-scenes look at the New York City drag scene and those who brought it to life. Featuring interviews from famous drag queens like Willi Ninja and Pepper LaBeija, “Paris is Burning” shines light on a community that offered refuge and support to those who had none. 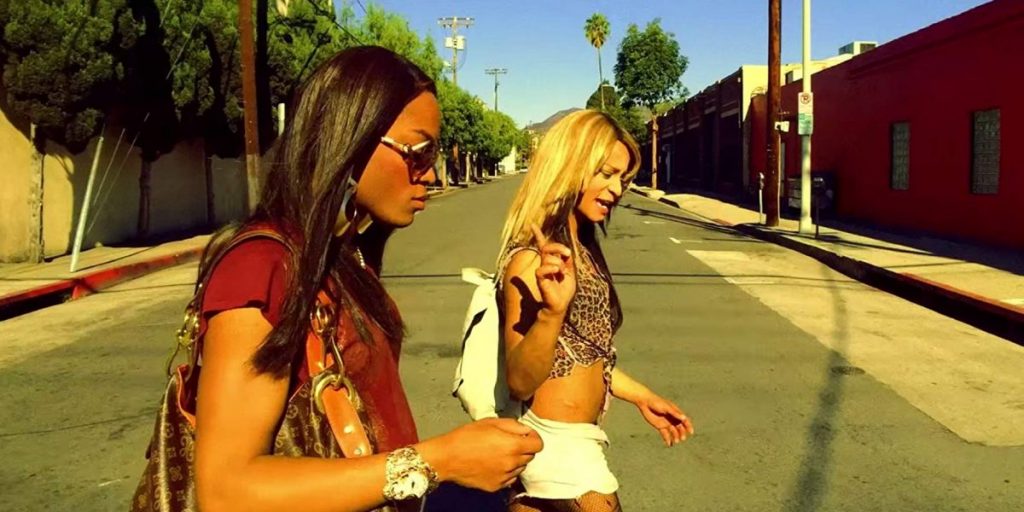 Most famous for being shot entirely on an iPhone 5s and premiering at the 2015 Sundance Film Festival, “Tangerine” follows transgender sex worker Sin-Dee Rella, played by Kitana Kiki Rodriguez, on her search for her boyfriend/pimp who broke her heart. 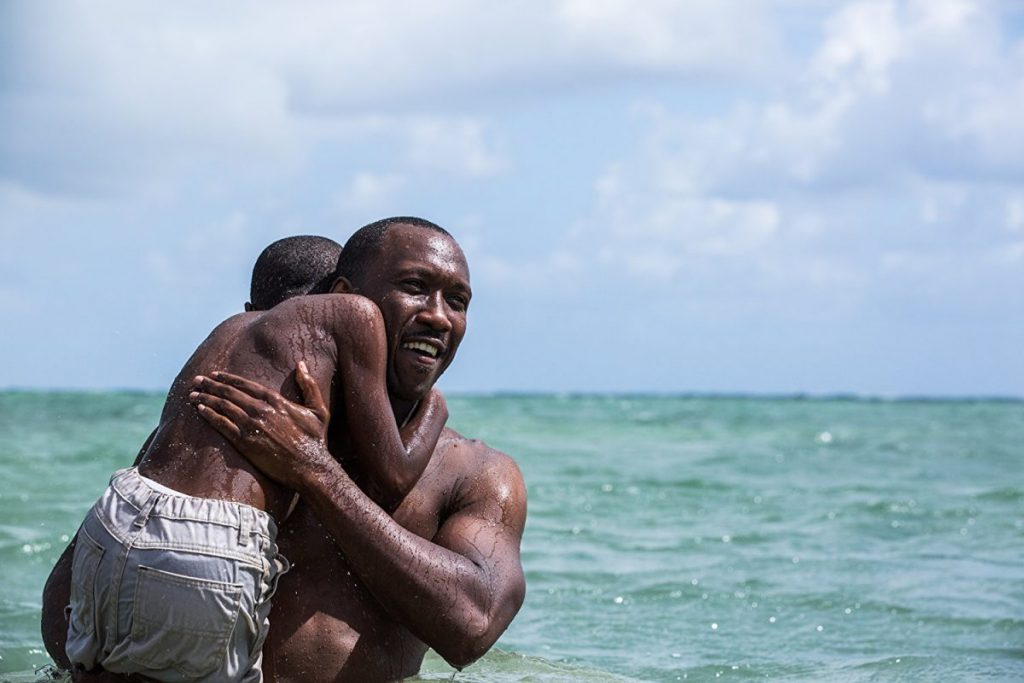 “Moonlight” chronicles Chiron, a black boy growing up in Miami, on his journey through childhood, adolescence, and young adulthood. Chiron deals with bullies, a drug-addict mother, and the harsh reality of being a gay man.

Along with its many other accolades, which include a Golden Globe for Best Motion Picture – Drama and an Academy Award for Best Picture, “Moonlight” is the first film with an all-black cast and the first LGBTQ film to win the Oscar for Best Picture. 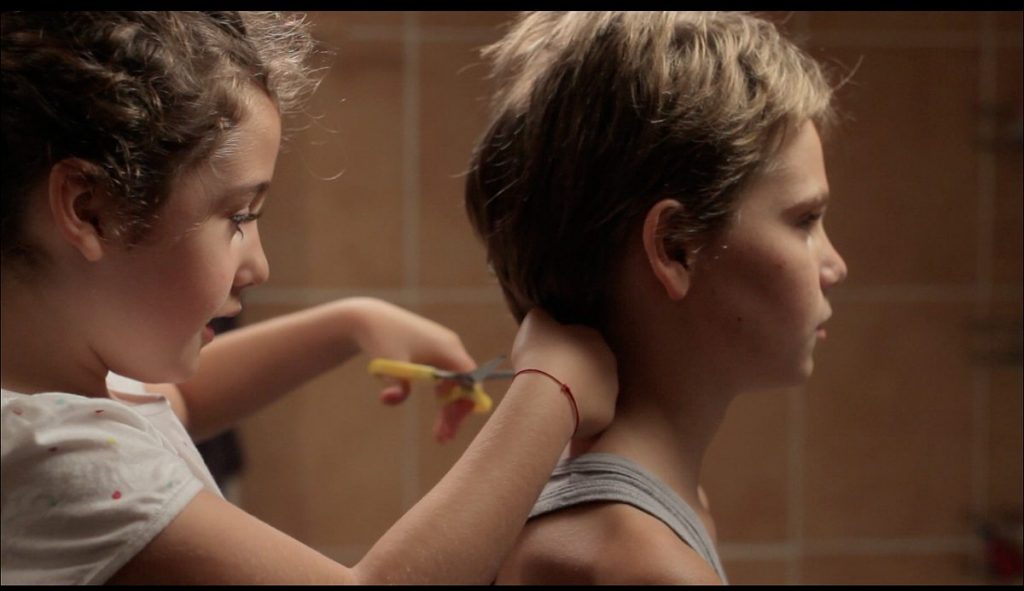 Laure, a 10-year-old girl played by French actress Zoe Héran, moves to a new neighborhood and is quickly mistaken for a boy. Laure then begins introducing herself as Mikäel, successfully presenting as a male with the help of her younger sister Jeanne, until her mom finds out and makes her wear a dress in public. Laure’s life begins to unravel as she deals with her classmates and crush finding out her true identity. 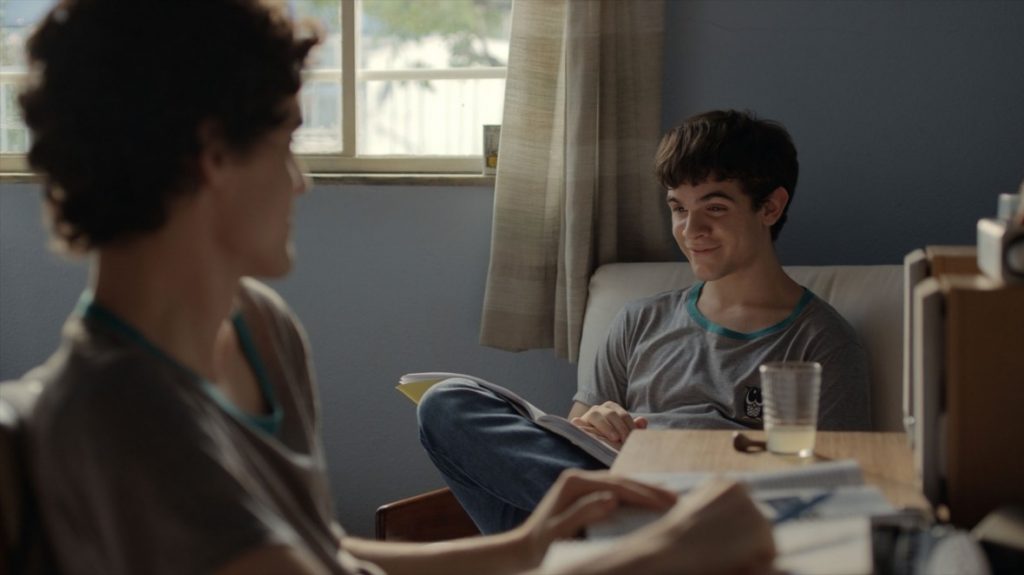 Based on the 2010 short film “I Don’t Want to Go Back Alone” “The Way he Looks” follows Leonardo, a blind teenager played by Ghilherme Lobo, as he falls in love with Gabriel, a new boy at school played Fábio Audi. He struggles with wanting independence from his overbearing parents, bullies, his relationship with his best friend, and his new feelings for Gabriel. 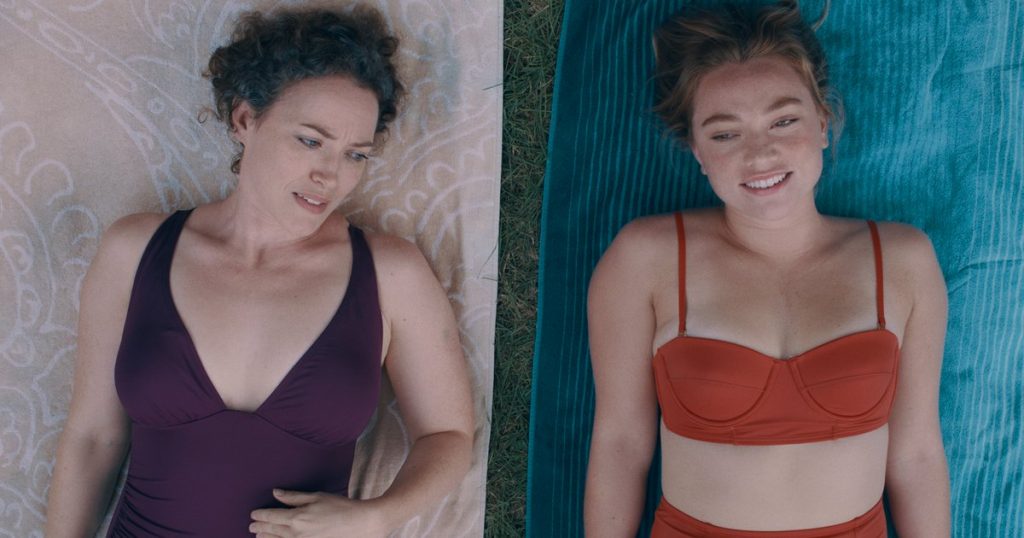 A 16-year-old girl, eager to escape life with her single father, visits her aunt in Chicago. While there, both Cyd, played by Jessie Pinnick, and her aunt, played by Rebecca Spence, embark on a journey of sexual and spiritual awakening. 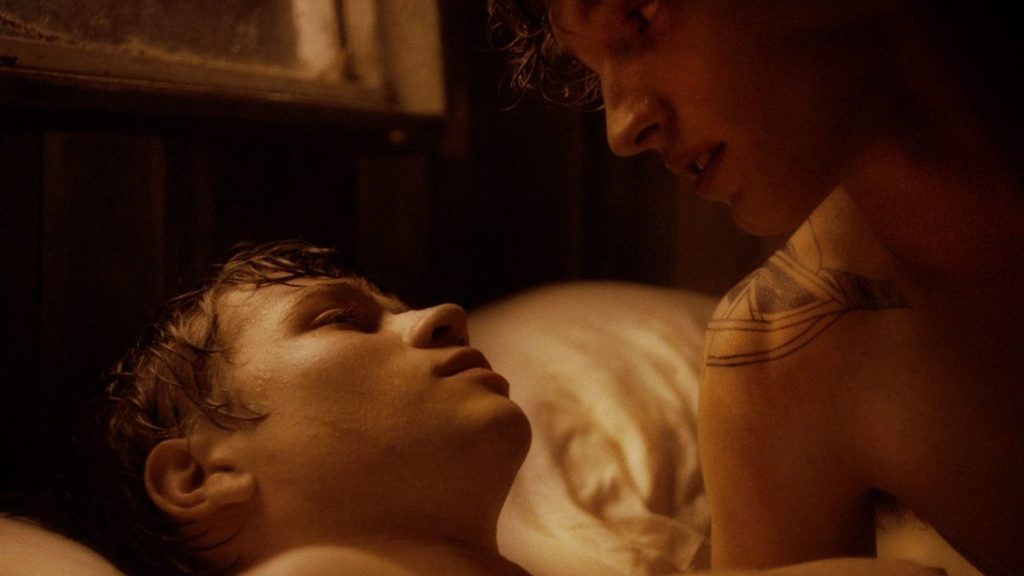 At only eight-years-old, Oscar Madly watched his parents get divorced and witnessed a violent, anti-gay hate crime. 10 years later and close to graduating high school, Madly falls in love with his co-worker Wilder, but his feelings are accompanied with a sharp pain as he remembers what he saw years ago. “Closet Monster” shows Madly dealing with college applications, his homophobic father, and a roller coaster or relationships, both platonic and romantic.

Though these are not films, a guide to queer-inclusive entertainment would be incomplete without them.

“The Fosters” centers around the Adams-Foster family, an unconventional family headed by a lesbian couple and made up of a mixture of biological, adoptive, and foster children. It begins with Callie Jacob, a troubled foster child played by Maia Mitchell, being placed into the home and follows her and her new family through their ups and downs, addressing issues of sexuality, death, disability, immigration policy, and more along the way.

“Please Like Me” is an Australian comedy written and starring Josh Thomas, who, after breaking up with his girlfriend, realizes he is gay. With the support of his best friend and roommate, he deals with his newly discovered sexuality along with the many other challenges life throws at him, including his suicidal mother. 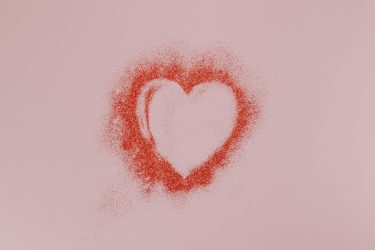