Cast, crew, fans, friends and family flocked into the lobby of AMC Sunset Place on Sept. 28 for the premiere of “Trico Tri: Happy Halloween.”

“Trico Tri,” produced by UM alumnus Armando Gutierrez, follows a Hispanic family that moves to Miami to be closer to their abuela, whose husband recently died. The family moves into an abandoned home, which they later discover to be haunted by two ghosts: Christy, played by “Dance Moms”‘ Kendall Vertes, and Chris, played by Carson Rowland of Nickelodeon’s “I Am Frankie.”

The night began with a red carpet where cast and crew members were available for interviews and photos. In true Halloween fashion, “Trico Tri” provided free candy upon arrival. 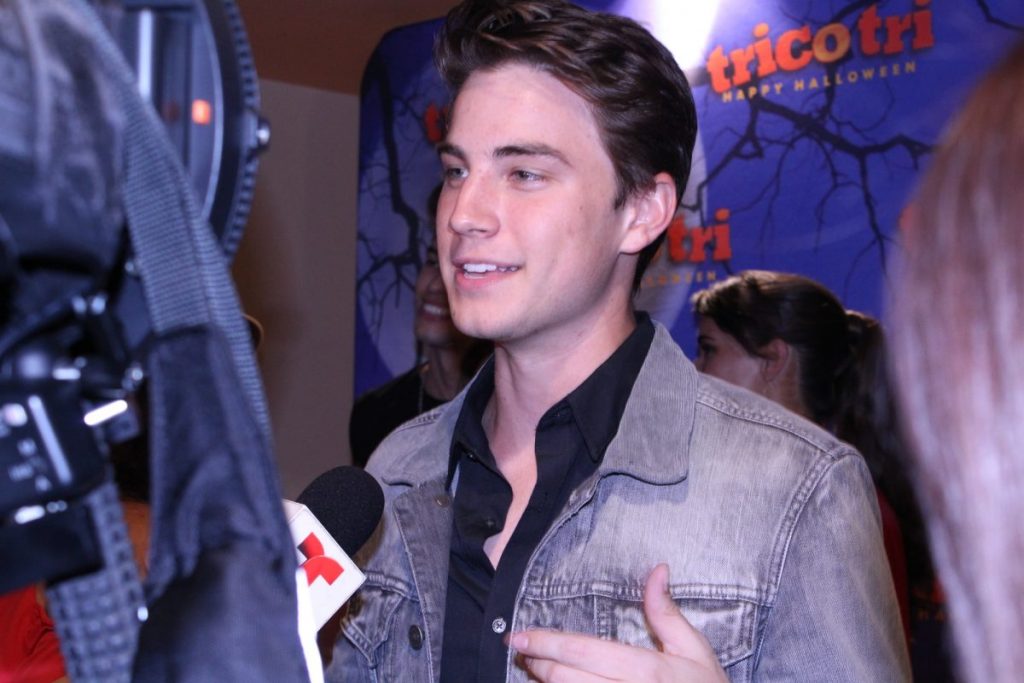 Producer Armando Gutierrez, who also produced the live-action remake of “The Little Mermaid” that was released earlier this year, said that it is still “weird” seeing his work on the big screen.

“It’s like, you see it and it’s like, ‘oh my gosh, these are ideas from a year ago and now it’s reality,'” Gutierrez said. “It’s a big blessing to be able to do this.”

Gutierrez also reflected on how his time at the University of Miami helped him break into the field.

“I think UM prepares you to seize opportunities in life and, like, actually not be scared of going after things.” 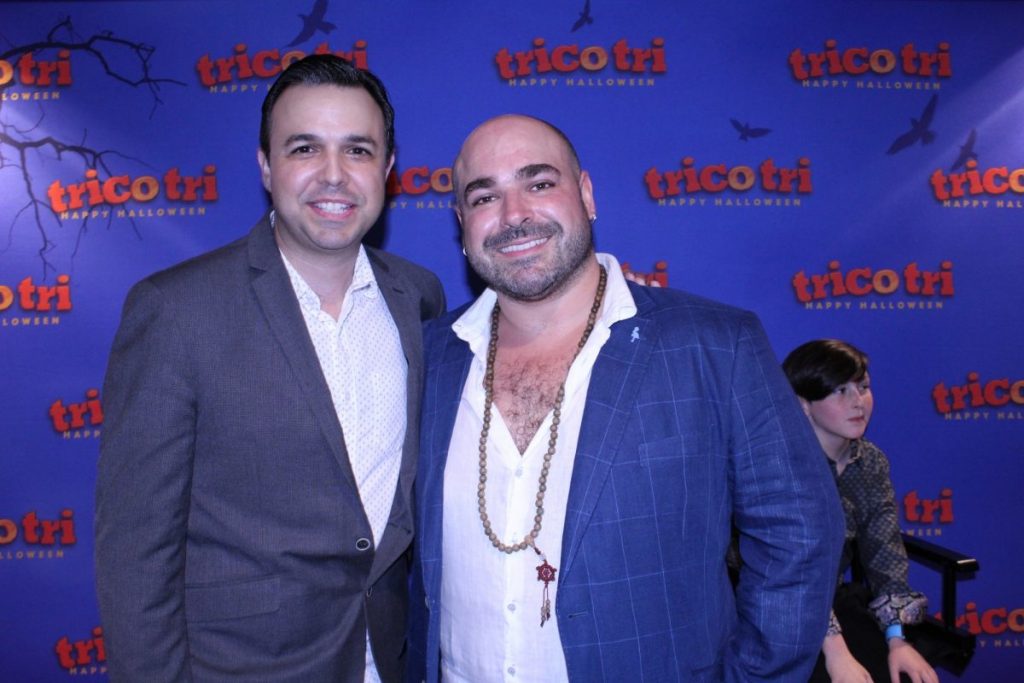 Director Christian Vogeler, known for his work on the films “I Love New York” and “Danny Boy,” admitted that directing “Trico Tri” was more difficult than his other projects because of its small budget, but added that he thinks the sacrifices they made ultimately turned out for the better.

“There’s a scene where, script wise, the living room grows, like a kind of Jumanji kind of thing with vines and everything coming out. Something we couldn’t afford is that kind of visual effects work,” Vogeler said. “So, I got the production designer to fill the room with hundreds of plants and flowers, and then, kind of in a flash with a sound effect, this crazy jungle appears. I think it works really, really well, and it was really fun.” 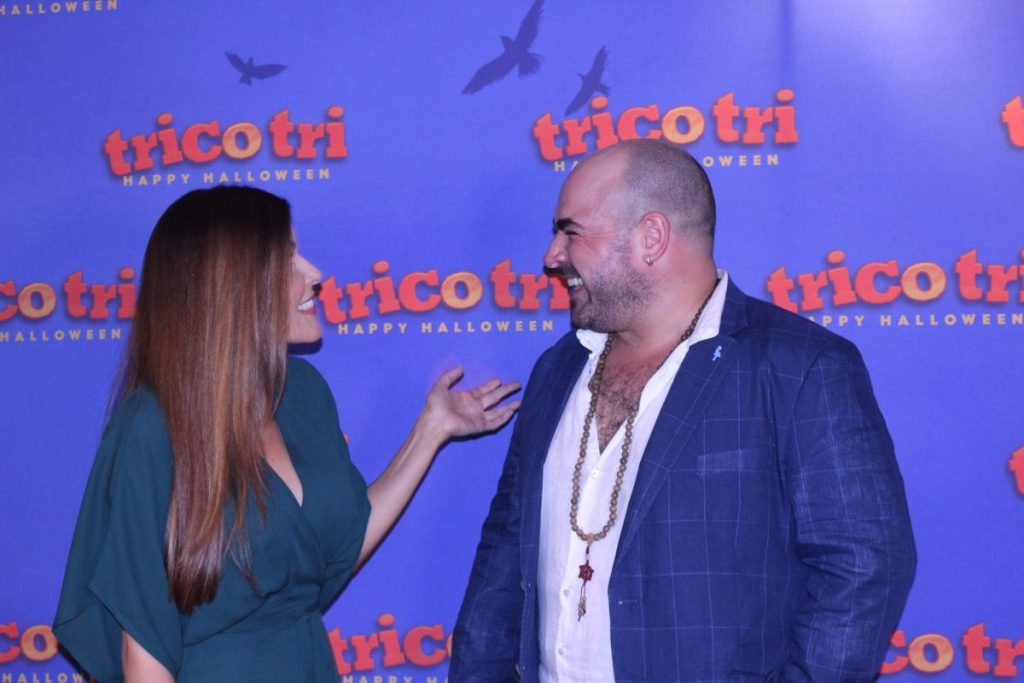 The film is full of lots of new faces, as well as some familiar ones.

Shaia Lipnik, who plays “ghost boy” in the film, said that because his dad is a producer, he has always wanted to act. “Trico Tri” is Lipnik’s first movie.

Lipnik reflected on his favorite memory from filming: “Once, we were inside the house just sitting down, and they were trying to pick the music, but they accidentally put on the wrong song. So, we all just stood up and started dancing.”

Unlike Lipnik, Kendall Vertes, who plays Christy in the movie, has been in the spotlight for years, joining the cast of Dance Moms in 2012.

“Once our show moved to LA, that’s when I got to see the whole business side of it, and that’s when I knew I wanted to start acting,” Vertes said of her transition from dancer to actress. “I went to auditions, acting classes, and then Anastasia was the first movie I filmed with Armando… Then, I fell into this movie, which I’m really lucky for.” 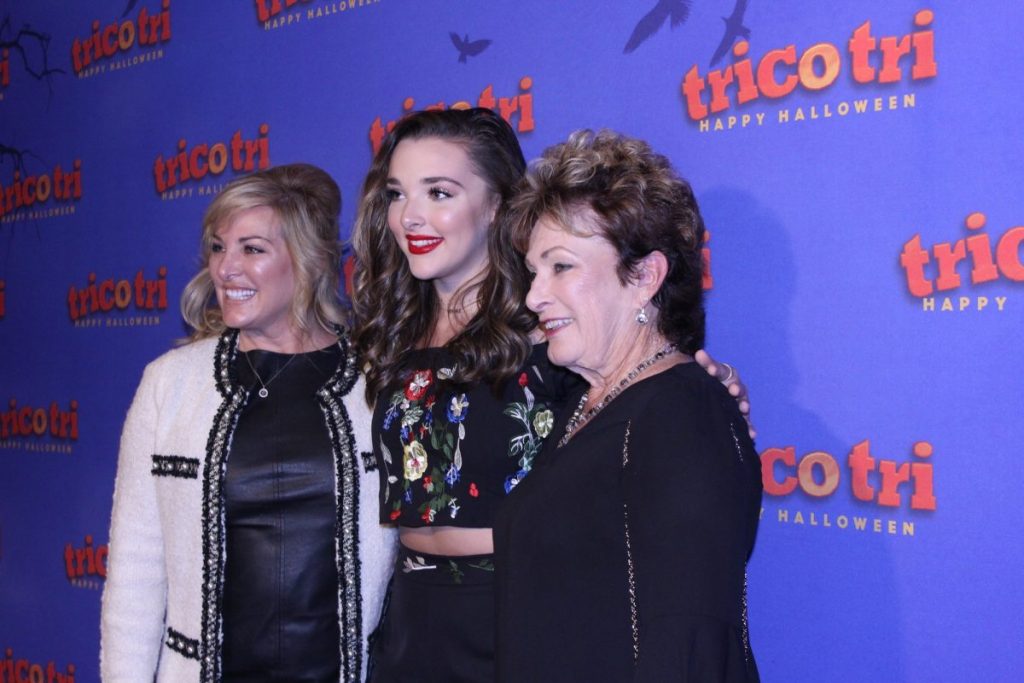 The movie finally began around 8 p.m., but was interrupted shortly after by technical difficulties. Gutierrez used this as an opportunity to give a brief speech and invite the cast and crew down to say their final thank yous.

“Having all my friends and family here for this means the world. Thank you for allowing me to express my crazy and creative mind, especially in my hometown here in Miami,” Gutierrez said before the movie started back up.

“Trico Tri: Happy Halloween” is out now in select AMC, Regal and Cinemark theaters across the country. Visit www.tricotri.tv for more information and a full list of theaters.