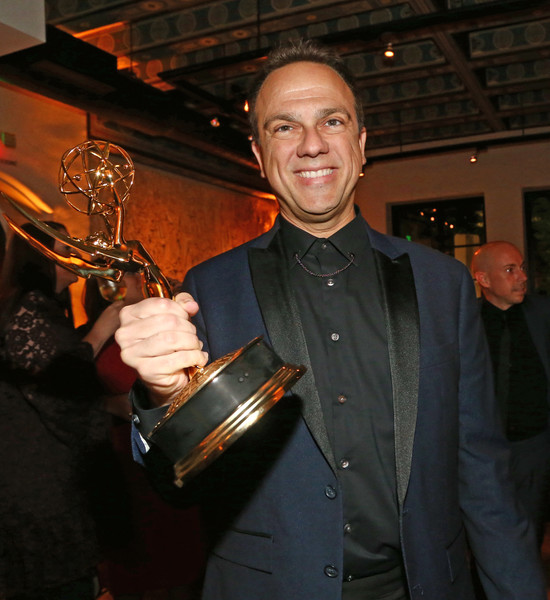 The University of Miami’s campus is crawling with talented people, students and faculty alike. It has journalism teachers who have written for the New York Times, music students skilled enough to score gigs at festivals like Okeechobee Music and Arts Festival, art students whose work could hold its own next to that of any of the greats, and Carlos Rivera, Assistant Professor and Director of the Musicianship, Artistry Development, & Entrepreneurship program who has written scores for projects including Universal Pictures’ “A Walk Among the Tombstones” and more recently Netflix’s “Godless.”

“I was the director’s guitar teacher 13 years ago,” Rivera said, explaining how his decade-old relationship with Scott Frank turned into the opportunity to write the music for “Godless.”

He explained how at the time, the student was a screenwriter, and years later, Rivera began helping him connect with composers to write for the his projects. “It was never supposed to turn into this.”

Well, it’s a good thing it did. On Sept. 9, Rivera came to the 70th Primetime Creative Arts Emmy Awards an unassuming nominee, but left a winner of his first Emmy award for the show’s theme music.

“I was involved very early on from the script stage,” Rivera said of his creative process for creating the music. “So, I was writing music as a reaction to the screenplay. Some of these pieces that I wrote were around the set pieces- the battle sequence, the duel, etc.- and really around characters that I gravitated towards.”

He explained that he wrote the theme music, which won the award, at the very beginning of the project and that, to his surprise, it did not change much throughout. “Using my music, the director was inspired to set up certain scenes certain ways, and to me, that’s a dream come true.”

Rivera celebrated his win initially at the Governor’s Ball and later at the Netflix Creatives Awards after party. He recalled how cool it felt to celebrate with a lot of the famous people he grew up watching. “I took some pictures, but I didn’t post them because that’s, like, a very personal moment,” Rivera said.

For Rivera, winning the award was bittersweet because he was not able to share the moment with someone who had supported him from the beginning. “The lady who took me through it, the PR lady who we worked with, she passed away like three weeks ago of cancer,” Rivera explained. “Early on, when we started the whole campaign process, she said ‘you know I’m sick; you may want to work with someone else,’ and I said ‘no way; we’re doing this all the way,’ because I had been working with her since ‘Among the Tombstones,’ and she had said back then ‘you know what would make me happy? If you got a nomination.’” 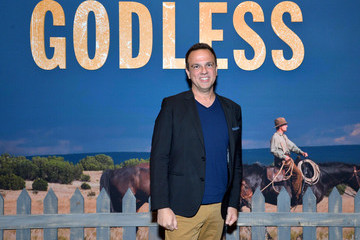 “As a kid, you have all the fantasies of getting nominated for an Oscar, nominated for a Grammy, or nominated for an Emmy,” he said of the moment he heard his name called. “I never would have dreamed- certainly when I was writing for Godless, the furthest thing from my mind was any kind of award. The only thing on my mind at the time was not getting replaced.”

Rivera had a few words of advice for anyone who wants to break into the field. “Establish as many relationships as you can now with young directors, with people that are making things…that usually is a much better creator of opportunities than anything else,” Rivera started. “You think that if your music’s good enough, someone will discover it, but the fact is no one will and no one really cares about what you’re doing. You’re the only one who really cares at this point, so you have to be your own advocate.”

As for what is next for Rivera, he says that even though he would love to work with the same director again, he is completely happy where he is. “What I’m doing at school, I love. What I get to do, this thing outside of school, I love, too. There’s not, like, a stepping stone on any of the things I’m doing towards something better. You know, this is as good as it gets for me.”