E-cigarettes a symptom of societal shortcomings 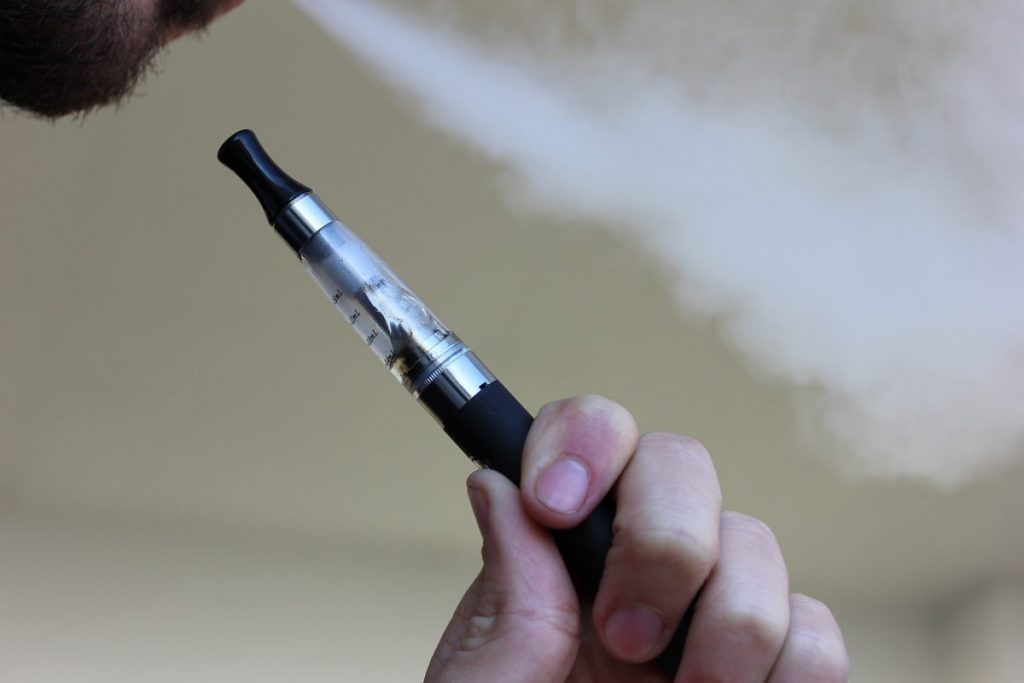 Every year, a new fad seems to emerge among the youth in this country. A few years ago, choker necklaces and Pokémon Go were all the rage. A few years before that, the “selfie” craze was taking over. But just as quickly as those trends came, they died out. Vaping is the latest trend among young kids, but it doesn’t seem to be fading out anytime soon, which is now raising some serious concerns for these children’s futures.

E-cigarette use has alarmingly skyrocketed among teenagers recently, prompting the U.S. Food and Drug Administration to issue a press release cracking down on both the sale of e-cigarettes to minors and marketing strategies that target kids.

According to the release, more than 2 million middle and high school students used e-cigarettes in 2017 alone. The FDA referred to this trend as an “epidemic” that is disturbingly widespread and is putting kids at risk for lifelong addiction.

While e-cigarettes can be beneficial for adults trying to quit smoking tobacco, the excessive use among young people presents a distressing problem. According to the FDA, it’s possible that companies are using unlawful advertising methods to appeal to young kids. Some retailers are misleadingly labeling e-liquids to mirror foods kids are familiar with – such as cookies, candy and even juice boxes – to attract younger people. Companies that target youth with the idea that vaping is cool and trendy in order to sell their products are highly manipulative and socially irresponsible.

Top selling companies like JUUL and Vuse are profiting off people’s innocence and are helping to breed a new generation of addicts. They’re partially to blame for enabling a culture of amped-up, nicotine-addicted adolescents that is only going to intensify with time.

A National Academy of Science and Medicine report from earlier this year indicates that regular e-cigarette users are at a higher risk of transitioning into incendiary cigarettes, which would reverse the progress that’s been made in reducing smoking rates in the United States.

The vaping trend is prevalent close to home. According to reports from The Miami Herald, students at Miami Beach Senior High are skipping class to vape in the bathroom, during class when the teacher is not looking and during their lunch breaks. It’s become such a compulsive need for some teens that Miami Beach Mayor Dan Gelber is urging Miami Beach officials to require businesses and online retailers to obtain proof that a customer is over 18 years of age with a copy of their license before selling and mailing e-cigarettes to them.

Although teens will always find a way around the rules and could use fake IDs, at least our community is trying to control this problem.

The vaping trend began a few years ago when I was in high school, and I’ve noticed that many of the people that began vaping back then have now progressed to standard cigarettes as well as other substances in college. On our own campus, we have a no-smoking policy in place with signs posted everywhere, but students do it anyway, because it’s truly a necessity for many at this point.

It’s unfortunate that those who choose not to smoke have to deal with the consequences of being around it all the time, but this is the product of addiction and it goes to show that no law or policy will stop people who are physically in need of another fix.

The vaping phenomenon among youth points to a much bigger issue at hand. It’s no secret we live in a fast-paced world of instant gratification. We live in a world where it seems like one’s entire self-worth is dependent on Instagram likes or the number of texts we get in a day. We’re constantly searching for the next trend to obsess over, the next party to attend and, unfortunately, the next fix. Our society has a really hard time being content with simplicity.

There’s been a notable pendulum shift in our society, where younger and younger kids are participating in trends that are detrimental to their health and well-being. Nowadays, kids are trying to push the envelope farther to see what they can get away with and what they can tolerate. We need to provide better guidance and support for young kids so they don’t feel like they have to turn to a substance for relief. We need to take a look at ourselves as a society, and rectify what we glamorize and who we idolize before we can truly lead our youth in a more prosperous direction.

Nicole Macias is a junior majoring in English.

‘Best Life’ music festival offers break from fast-paced Miami lifestyle
Banned Books Week: what to expect and how to get involved