Home » Banned Books Week: what to expect and how to get involved

Banned Books Week: what to expect and how to get involved 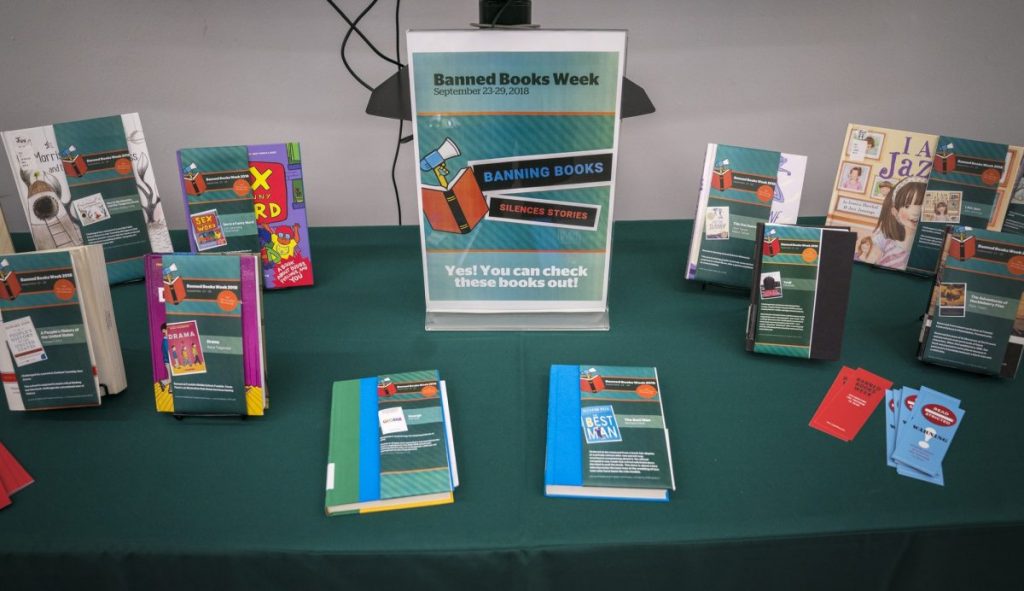 UM Libraries’ participation in the annual Banned Books Week “is an opportunity to celebrate our First Amendment rights, confirm our right to free speech and support the free flow of ideas through the words we use to communicate,” said Lauren Fralinger, a learning and research services librarian at Richter. Photo credit: Hunter Crenian

If books such as J. K. Rowling’s “Harry Potter,” Harper Lee’s “To Kill a Mockingbird”, J. D. Salinger’s “Catcher in the Rye” or Dr. Seuss’s “The Lorax” sound familiar, then Richter Library’s upcoming Banned Books Week is worth participating in.

“Banned Books Week is an opportunity to celebrate our First Amendment rights, confirm our right to free speech and support the free flow of ideas through the words we use to communicate,” said Lauren Fralinger, a learning and research services librarian at Richter. “As members of a university community, a free flow of ideas is critical to research and foundational to student learning.”

Banned Books Week, which runs from Sept. 23 to Sept. 29, is a national event sponsored by the American Library Association. Fralinger said that UM Libraries has joined the ALA in sponsoring Banned Books Week events for five years.

This year, the library is featuring a display of banned and challenged books on the first floor from Sept. 21 to Oct. 1. 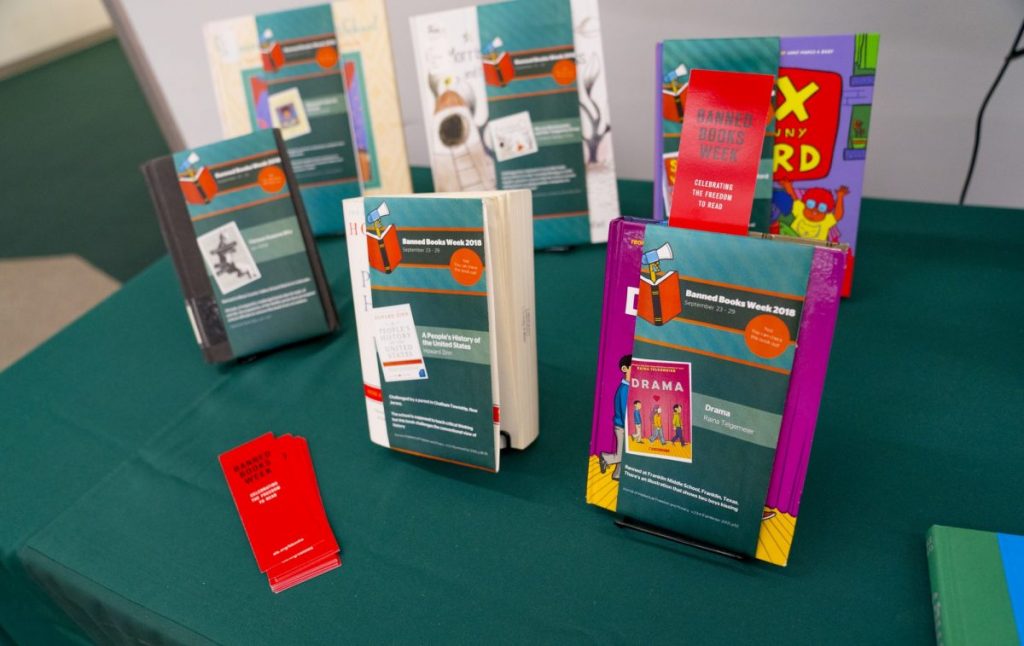 Controversial or challenged books are on display at Richter Library for Banned Books Week, an annual event sponsored by the American Library Association. This year’s events run from Sept. 23 to Sept. 29. Photo credit: Hunter Crenian

The Weeks Music Library at the Frost School of Music will also participate in the Banned Books Week for a second year. It will have a similar display to Richter Library’s, highlighting music that has been banned or challenged by musicians as diverse as Beyoncé, John Lennon, Madonna, Queen and Rage Against the Machine, Fralinger said.

“Nancy Zavac – the head of Weeks Music Library – and I are always looking for new ways to promote our collections,” said Amy Strickland, the assistant head of Weeks who constructed their showcase. “I tend to create exhibits based around a theme, and banned music seemed like an excellent topic.”

She said that the main role of the Music Library during this event is to expand the idea of “banned books” into “banned ideas” or “banned communication.” In the display, she included not only specific songs that were banned, but also musical artists who were censored because of who they are or what they’ve said or done, outside of any individual song.

“I think the involvement of Weeks Music Library in this event is also part of ongoing efforts to demonstrate that all of the libraries on campus, except Law, are part of the UM Libraries,” Strickland said. “So I like to participate in events going on at Richter as much as I can.”

On Sept. 25, the Richter Library will host the annual Banned Books Read-Out. The Read-Out features members of the campus community – faculty, staff and students – reading from some of their favorite banned and challenged books. According to UM’s Guide to Banned Books Week, a challenge is an attempt to remove or restrict materials, based on objections from a person or a group, and a ban is a removal of materials based on content.

“Book challenges are surprisingly common,” Fralinger said. “There’s frequently a misconception that book banning isn’t something that happens in the United States today, but in fact, it happens regularly.”

According to the ALA, in 2017, 354 books were challenged across the United States, which averages to almost one challenge per day somewhere in the country.

“There is a dangerous precedent when books become banned or even worse, burned; it indicates that something is terribly sick in that cultural moment of society,” said Jacqueline Galante, graduate student in the Master of Arts in Liberal Studies program. “There are people who genuinely believe that the Harry Potter series is a recruiting tool for witchcraft and banned it from school libraries.”

Galante, vice president of the graduate student association, has been invited to the Read-Out event as the student reader. She said she believes that this event will be great for book lovers, as well as a nice opportunity for everyone to come together as a community.

“I hope the audience takes away a sense of obligation for remaining vigilant against censorship,” Galante said. “If certain people had their way, some of the most impactful and sublime works of literature would be lost forever to human history as a result of being banned.”

Fralinger said that on Sept. 25 at 2 p.m. in the Learning Commons Flex Space at the Richter Library, all students, staff and faculty are invited to attend the Read-Out event and hear selections from banned or challenged books, as well as stay for light refreshments afterward.

“We’re particularly pleased to be holding the Read Out again this year,” she said “Last year’s was unfortunately canceled due to the untimely arrival of Hurricane Irma.”