Russ’ latest album ‘ZOO’ flies in the face of critics 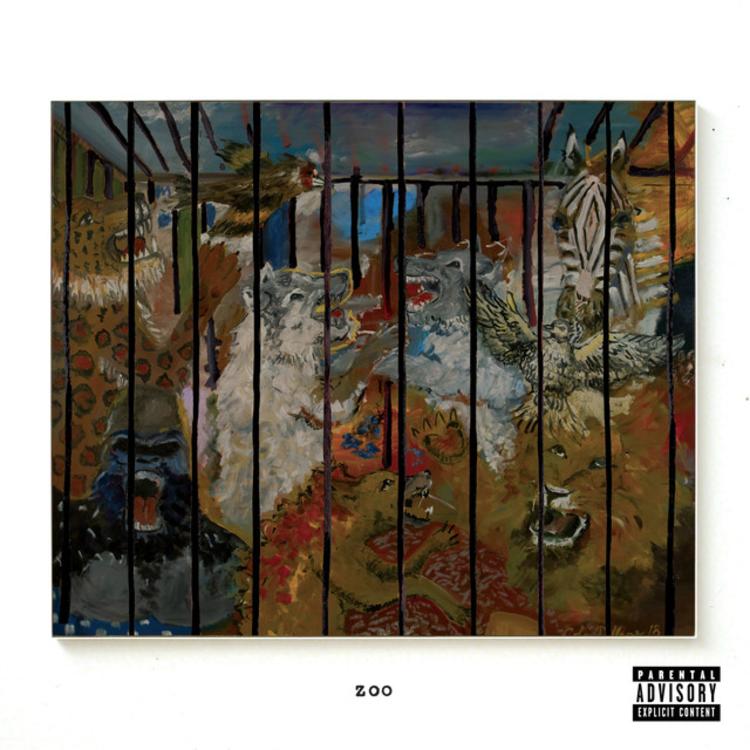 Russ' latest album, "ZOO" pulls from the rapper's life experiences—like non-fans' criticism of his work—for a project of mixed musical styles. The album was released on Sept. 7 and is now available for download on Apple Music, iTunes, SoundCloud, YouTube Music and Amazon Music.

With guest appearances from up-and-coming British singer/songwriter Mahalia and rappers Snoop Dogg and Rick Ross, it is no surprise that Russ’ latest album, “ZOO,” has gained attention from all angles.

“ZOO,” the follow-up to Russ’ “There’s Really A Wolf,” has received mixed but mostly positive reviews since its Sept. 7 release. The 14-track project combines many different musical styles and flows, showcasing aspects of old school rap in songs like “Voicemail,” major R&B vibes in songs like “Serious,” and alternative/chiller rap in songs like “Kill Them All.”

Sophomore Ashli Cleveland praised the artist and his album—he “makes amazing music that many people can relate to,” Cleveland said. “I enjoy his music personally because I can just sit back and vibe or sing along to it.”

Russ burst onto the rap scene following the popularity of his 2016 single, “What They Want.”

Despite the rapper’s status as one of few artists in the industry who claims to write, produce, mix, master and perform his own music, many continue to have reservations about Russ.

Those who share this sentiment cite what they describe as a “cocky” and “pretentious” personality, whereas supporters insist that he is simply confident in himself and his craft and is not afraid to speak what is on his mind.

“I watched an interview of his and I didn’t like his vibe,” junior Jonathan Cola said. “I don’t even listen to his music, but the sentiment that he’s corny is one I imagine is shared by many; he’s condescending and comes off as holier than thou.”

The songs on the album touch on various topics, from relationships to staying true to himself despite the controversy.

One track, “Parkstone Drive,” discusses aspects of Russ’ family background, his parents’ relationship and how he was shaped as a person. After hearing the first few seconds of the song, listeners might draw immediate comparison to Juice WRLD’s “Lucid Dreams,” which has been prominent on U.S. charts lately. However, this is because both songs sample—something Russ does not do frequently—Sting’s “Shape of My Heart.”

Overall, “ZOO” is a well-rounded project with several feel-good tracks and a diversity of sounds and influences coming through. It has been well-praised, but as the album increases in popularity, the polarizing debate over the man behind the music is bound to continue.

Despite murky motivations, ‘Just Do It’ ad inspires
The State of the U is ‘strong and rising,’ Frenk says at first annual speech