Home » Letter to the Editor: Hate not welcomed here

Letter to the Editor: Hate not welcomed here 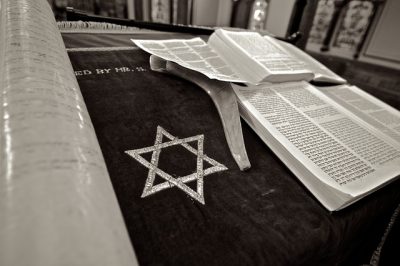 We in the University Chaplains’ Association (UCA) were saddened and appalled to learn that a swastika was found on a whiteboard in Eaton Residential College the night of Saturday, Sept. 8, the day before Rosh ha’Shanah (the Jewish New Year). The Miami Hurricane contacted Rabbi Lyle Rothman of Hillel, as UCA Chairperson, requesting a response to the incident. Rabbi Rothman is providing his response, but the undersigned feel strongly that a response from the non-Jewish community is also called for.

The swastika, a symbol of anti-Jewish hatred, is always abhorrent, but for someone to display such a symbol at a sacred time is particularly despicable. During the Holocaust, when captives arrived at the death camps, a “selection” took place to separate those deemed too young or too weak to work from those who could work. The elderly, infants, toddlers and young children were sent to their deaths immediately. Those who were strong enough to work were used by the Nazis as slave laborers to support their war effort. These enslaved workers were overworked and underfed until they would no longer be of any use to the Nazis, when they too would be sent to their deaths. Separating the workers from the doomed occurred through daily selections.

However, on Jewish High Holy Days such as Rosh ha’Shanah, Yom Kippur (Day of Atonement) and Passover the Nazis didn’t limit their murders to those deemed too weak to work anymore. Instead, the Nazis selected for death a much higher number of Jews on these Holy Days because they found it amusing.

We do not know who drew that swastika in Eaton; we cannot know the motivations of the perpetrator(s). The kindest interpretation is that some ignorant person thought of this as some sort of amusing prank. There isn’t anything funny or amusing about it. If the motivation was more sinister, a conscious expression of hatred toward Jews, then the only thing we can say to the person(s) in question is that for humans, you can’t get any lower than being a Nazi.

Those of us who are Christian acknowledge with shame that the Holocaust occurred in Christian Europe. Far too many Christians were indifferent to the plight of their Jewish fellow citizens; many more remained silent out of fear. The world has learned the hard way that evil triumphs when good people are silent. Knowing this, we resolve not to remain silent in the face of hatred and bigotry any more.

To whoever drew this swastika, please know: We are not amused. We are not intimidated. We will not be silent.