Amid more than 25,000 homicides in 1998 alone, I was born into one of the murder capitals of the world: Colombia.

According to the Department of Homeland Security, more than 40,000 Colombians immigrated to the United States between 1990 and 1999. These figures include only immigrants who obtained legal permanent status; the numbers are estimated to be substantially larger for all Colombian immigrants.

Among those 40,000 immigrants were four with the last name “Perez.”

Now, I read articles and op-eds, and hear stories of families like mine. However, there’s one crucial difference between us…I was lucky, and they weren’t.

“Lucky,” synonymous with “fortunate,” “favored,” and “prosperous” is a word that I never imagined would separate my family from other immigrant families. How do we define the line that decides who is fortunate enough to lay their feet on American soil?

In January 2018, while I was celebrating my 20th birthday, Nolbiz Orellana was making his journey from Honduras to the U.S.-Mexico border to request asylum. (With a murder rate “20 times that of London,” Associated Press journalist Alberto Arce told The Spectator “on the streets of Honduras, you smell blood.”)

Orellana, then 17, was among the potential victims when his abusive mother’s gang-related friends held a gun to his chest, threatening his life.

With a case for asylum, Immigration and Customs Enforcement sent him to the Homestead Temporary Shelter for Unaccompanied Children, approximately 30 miles from the University of Miami.

With hopes of being released to his family in Nebraska, Orellana stayed in the South Miami-Dade shelter until April 8, his 18th birthday.

According to the Miami New Times, ICE arrived at the shelter, handcuffed Orellana, shackled his legs together, and drove him to the “infamous” immigration jail in Pompano Beach, the Broward Transitional Center. There, within 24 hours of legally being considered an adult, Orellana was placed among men “twice his age.”

Orellana’s harrowing transition is not only appalling, but illegal. According to the Miami immigration attorneys who have managed to release several other 18-year-olds facing the same dilemma, arresting Honduran refugees “seems to have become ICE’s national policy.”

Orellana’s attorney, Lisa Lehner from Americans for Immigrant justice, told the Miami New Times that “when they turn 18, it’s basically, ‘Happy birthday,’ and then they slap on handcuffs and take them off to adult detention centers.”

The Homestead center has witnessed at least 14 children being arrested on their 18th birthday since April. At least one of those children was separated from their families under the Trump administration’s “Zero Tolerance” policy, Lehner said.

Orellana, only two years my junior, is enduring devastating psychological impact. With hopeful innocence directing him to his Nebraskan relatives, he’s only discovered more pain in the United States than he experienced in Honduras.

ICE’s illegal policy in the Homestead shelter has affected not only Orellana, but several more children in our own backyard.

As of the 2010 U.S. Census, Hispanics and Latinos of any race make up for 23.2 percent of the American population with 8 percent (4.3 million) residing in Florida.

Amongst those 4.3 million, you’ll find me, and several others on campus, lifting our hands and throwing up the “U.”

However, while we cherish our Miami pride, within 30 miles from us, there are children expecting the American Dream for their 18th birthday. Not a prison.

This now begs the question…when do we start caring for all of our Hispanic children? 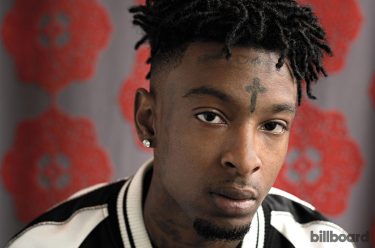 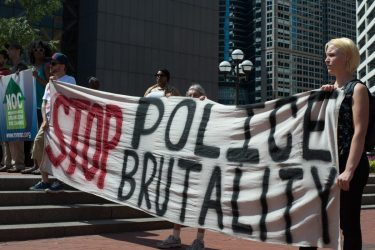