They say the ibis is the last to leave before a storm, and the first to return after. Last year, Hurricane Irma proved that old proverb of the UM community (in case there was ever any doubt).

In that uncertain 11th hour before storm conditions set in, UM staff and students made their way to a shelter, an unprecedented move for a school that had never before been evacuated. They made the move at a time when the campus, Coral Gables and much of South Florida were, effectively, ghost towns. Talk about “last to leave.”

Meanwhile, many more (TMH staffers among them) spent the storm in their homes around South Florida.

It’s sort of the local way, after all; walk around any Publix in that pre-storm rush, and you’ll hear people tell of their plans to “hunker down” and “ride it out” ad-nauseam. It’s as if a tendency to stay put and persevere is rooted in our regional parlance.

Granted, that isn’t to romanticize the “stick around” mentality. If you’re told to evacuate, you certainly ought to do that. It’s also worth noting that the decision to stay in town is often prompted by a lack of resources, not just some impeccable, ibis-derived unflappability.

But our legendary mascot isn’t just known for being the last to leave—it’s the first to return, too.

At this time last year, we saw exactly this: students and community members cleaning up, collecting donations and getting creative with ways to regain some sense of normalcy. Classes had not even begun before students traversed tree-laden streets to come out and help clear the way, on campus and off.

Lending a hand like this is, in more ways than one, naturally helpful.

A community impacted by a storm needs TLC in the aftermath. But so, too, do the people who went through the weather firsthand. Those two needs—helping the community, and helping oneself—are not mutually exclusive. According to the National Oceanic and Atmospheric Administration’s “Hurricane Preparedness & Resource Guide for Individuals and Families,” volunteering and doing things for others are practical ways to reduce one’s anxiety in the time surrounding a storm.

The guide also explains that “helping others and contributing to our communities strengthens us and offers a framework for healing.”

Granted, other matters are likely to run through your mind during the lead-up to a storm, like “where can I find a 24-pack of water for my stockpile?” But as you check items off your list—water, canned soup, flashlights, batteries—be sure to check off the intangibles, too: hope, peace of mind, and resilience. Don’t forget to reach out to your friends, neighbors and family members who find themselves in the storm’s path.

As the “first to return” after a storm, we are equipped to come home, rebuild and help those in need. A hurricane is as much a measure of practical preparedness as it is of altruism and our capacity for caring. 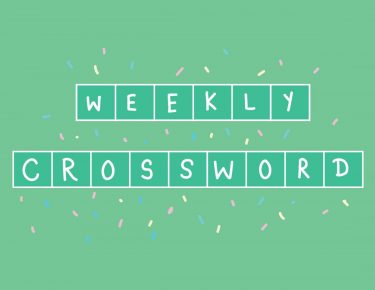