Legion M, founded by Paul Scanlan and Jeff Annison, claims to be the world’s first fan-owned entertainment company. The pair previously co-founded MobiTV, an entertainment media company that won an Emmy for Technical Achievement in Advancing Television. They’ve used their knowledge and connections to create what they call “a business model with the potential to change Hollywood forever.”

On Sept. 13, Mandy, a film which the company has backed since its inception, will be screening across the country. The Hurricane got the opportunity to talk to CEO Paul Scanlan about the company, its projects and getting started in the entertainment industry.

The Miami Hurricane: You are the co-founder of both MobiTV and Legion M. Where did your passion for entrepreneurship come from and how did you make it a reality?

Paul Scanlan: I’ve always been an entrepreneur. I’ve always loved the culture of a startup – bringing people together and taking on an ambitious task together. Our goal with Legion M was to positively disrupt the entertainment space. My co-founder Jeff and I started MobiTV together, so we are used to doing things as a team. We saw an opportunity to start the first fan-owned entertainment company.

TMH: What exactly is a fan-owned entertainment company?

PS: If you take a look at Hollywood, most of the major studios aren’t owned by fans, they’re owned by Wall Street. There’s nothing wrong with that, but Wall Street is going to be purely driven by the bottom line. That’s why most big projects are just remakes and reboots of anything with an existing audience. Jeff and I wanted to build the audience and then make the content. Instead of rebooting the next “Star Wars,” we want to create the next “Star Wars” franchise.

TMH: Why is the concept of a fan-owned entertainment company so special?

PS: The most successful projects in Hollywood have three things: money, the best creatives, and an audience. At Legion M, we’re fusing together the money and the audience and using that to back great artists. When you have a built-in audience, that’s the silver bullet in Hollywood that everyone wants. When “Mandy” hits theaters, it already has a fanbase and Legion supporting it. We supported production, we supported it at Sundance, and now we’re introducing it to the community. That’s something the industry needs these days.

TMH: How did people initially react to the idea?

PS: To start a company, you have to really believe in what you’re doing, because as many entrepreneurs find out, not everyone agrees with your idea all the time. It can be scary. Jeff and I were real believers in this idea, and when we put it out, we were really warmly received. The world reacted how we wanted them to. This is where having a good an idea and good timing came together. If we had launched this project a year earlier, it wouldn’t have been possible.

TMH: What advice would you give someone who wants to be doing what you’re doing?

PS: It sounds strange and a bit self-serving, but I would say join the Legion. We want the community to be a lever to open the gates of Hollywood to everyone. You don’t have to invest to join, and we don’t make a distinction between those who invest and those who don’t; we’re taking everyone along for the ride. We do frequent updates on what we’re doing and why we’re doing it, and I think it can be really educational for people who want to get involved and learn. It’s a great way to network because we encourage our community to get together through events like meetups. It’s a very diverse community, but the thing we’re all focused on is our passion for entertainment.

TMH: What else do you want people to know?

PS: One thing I want to make sure gets across is that Legion M is a growing community. We’re interested in people joining, getting involved, learning, and participating in the creation and release of new content. Our meetups have been a great way for people to meet other entertainment lovers and co-owners. We’re creating a movement to bring creativity, originality, and more voices to the mainstream industry. 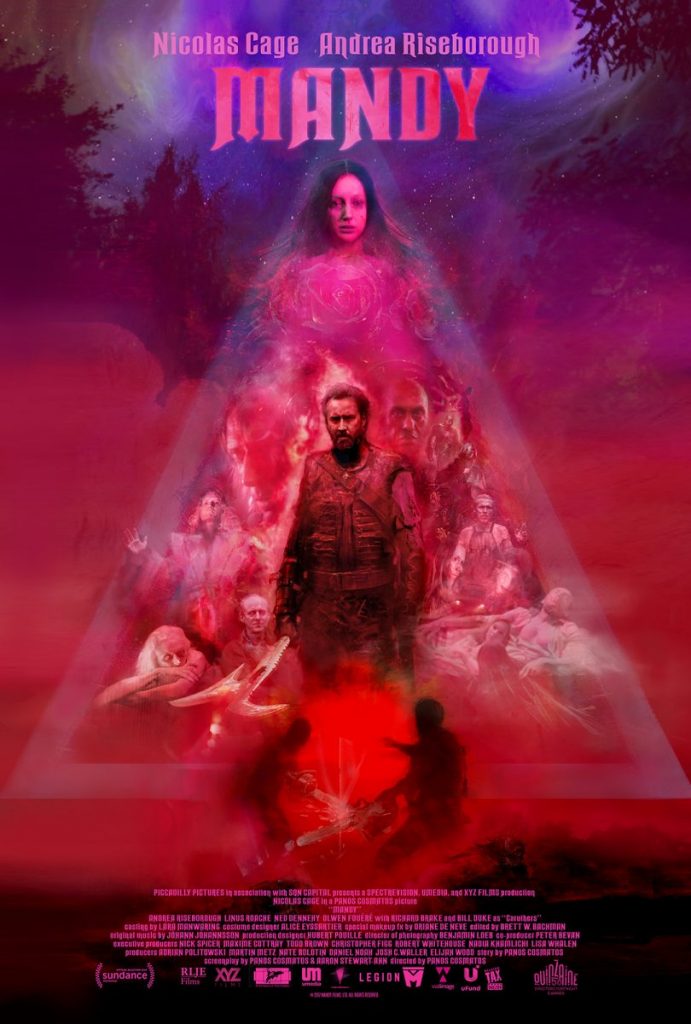 The company’s most recent project “Mandy,” which premiered at Sundance and currently has a 97% on Rotten Tomatoes, is coming to theaters for a one-night screening Thursday, September 13. Among the theaters it will screen at are Regal South Beach Stadium 18 and Regal Kendall Village Stadium 16 in Miami.