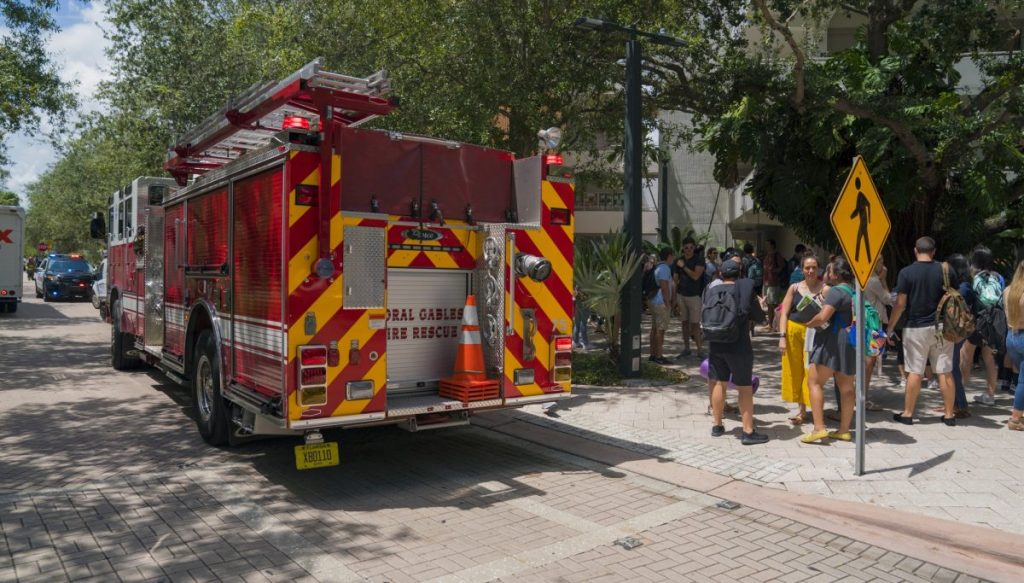 The UM School of Law was temporarily evacuated Wednesday afternoon when a ruptured air conditioner belt caused smoke to pour through the vents and into a student lounge.

Miami-Dade Fire Chief Alfie Hernandez said there was no actual fire, the building was fully evacuated and no one was injured. The malfunction occurred at around 2 p.m. in building F, which has been temporarily closed until the smoke is fully cleared.

Students who were in the building said once the smoke started rolling in, fire alarms sounded and students and faculty were directed to evacuate across Miller Drive. UMPD and over a dozen Coral Gables first responders were on scene within minutes. 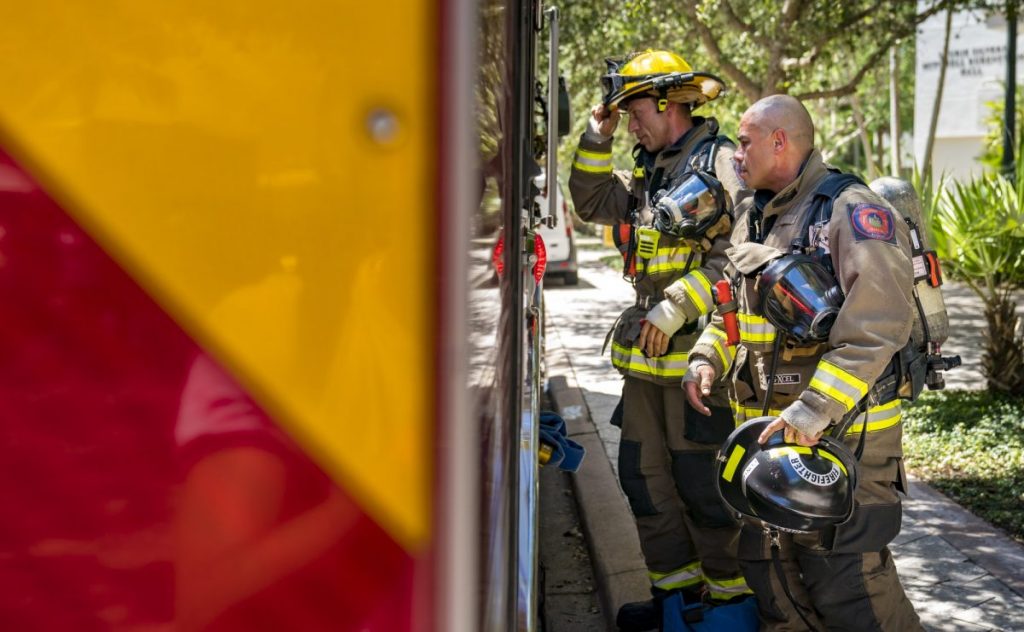 Coral Gables firefighters grab gear from their vehicle in front of the law school Wednesday. The area was evacuated until first responders could determine the cause of the smoke emanating from air vents in law building F, which was discovered to be a malfunctioning air conditioner. Photo credit: Hunter Crenian

“We left the room, but there were people like running back in to rescue their stuff,” law student Steven Hibbe said.

Staff in the law school’s Information Technology department placed the initial call to facilities, who then contacted emergency services. The library, where the IT office is located, remained open throughout the evacuation process.

Buildings A and C were also unaffected and were reopened as soon as the fire department cleared the scene. Building E is open but remains “under observation,” law professor Dreta Fleming said, and building F is closed until further notice.

A message from law school Associate Dean James Bond was sent to students within the hour, indicating that all classes held in building F are canceled for the day, and a decision regarding classes for the following day has yet to be made.

“Moving forward, the issue is comfort, and we will be working with our law school and central facilities departments to determine how we can maintain reasonable temperatures in the building until the AC can be repaired,” he said. 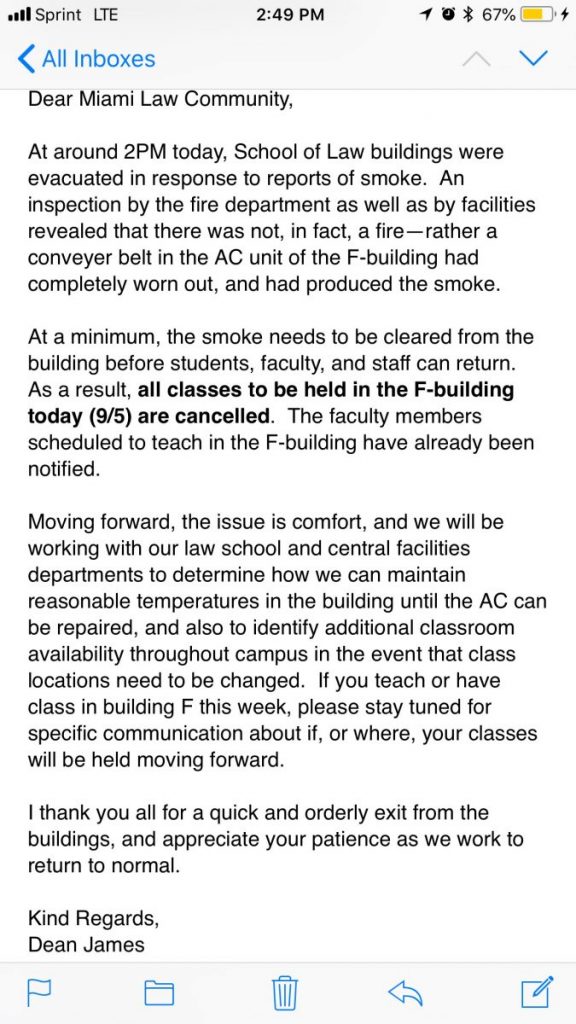 UM law students received a message regarding the evacuation of all law school buildings Wednesday afternoon. Classes in the affected building were cancelled for the remainder of the day.