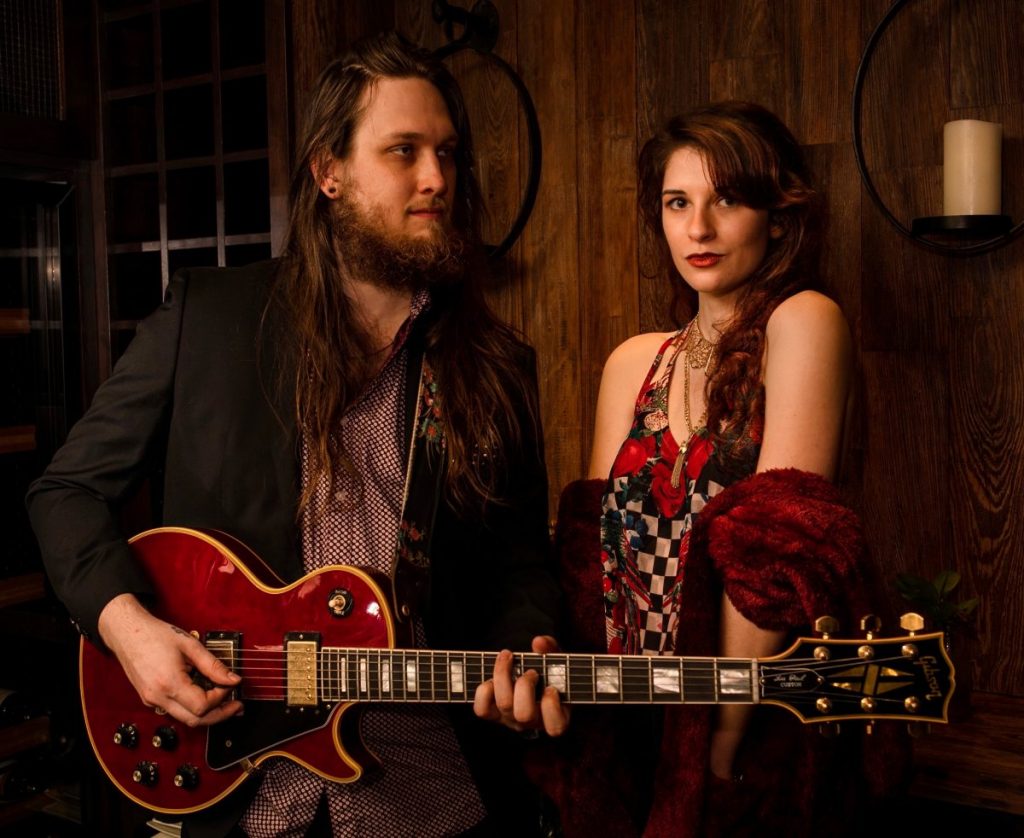 At a master class taught by Livingston Taylor, folk guitarist and songwriter of 40 years, the pair of high school-aged musicians met and formed their band.

“He said ‘My name’s Julian,’ and I said ‘Well I’m Julia,’ and it was like, we should make this a thing,” Camayd said. “We started writing together just for fun; he was the only person at the time that seemed to take it seriously. And I think that was mutual—what a relief that there’s someone who’s actually a good writer and wants to write.”

The rest, they said, was history. Now, the pair fronts R&B band Soulpax, and they’ve just released their first album, “Inside Outside.”

A year and a half in the making, the 11-track album features Camayd’s signature vocal riffs and Harris’ fiery guitar. It was released on Aug. 25.

“We’ve got these Americana changes, this kind of blues feel, but we’re trying to take bits from the Latin countries as well,” Camayd said. “You could compare it to jazz fusion, but a little more contemporary.”

From the Latin music prevalent in Miami’s club scene to the multicultural cross section of talent present, living and working in South Florida influenced the sound of “Inside Outside,” said Camayd, who’s lived in Miami since the age of three.

“On this album we not only have studio musicians that have been recording sessions for years, but we have people from very interesting parts of the world that bring their flavor,” she said. “We have our drummer from Peru. He lives there and even recorded the tracks from Peru. He has all these cool twists on traditional Peruvian rhythms.”

Though releasing an album has been the dream for Soulpax, Harris said the road there wasn’t always easy.

“When we started down here, we’d moved from Berklee and none of our musicians followed us,” he said. “So we thought we’d do the John Mayer thing—he’s got Steve Jordan, he’s got Pino Palladino, these two heavy-hitting recording artists backing him up—and that’s the route we took.”

Studio musicians lined up, the pair spent months writing and rewriting to perfect their debut, scrapping several songs along the way.

“Something can be good musically, but we wanted to think about—would we buy this album?” Camayd said. “Would we buy tickets to the tour? So a lot of time was spent arranging, rearranging, harmonizing, changing the melody a little bit. A majority of our time working on the album, besides songwriting and recording, was actually editing.”

On top of recording songs and performing live around Miami, Camayd and Harris also teach at School of Rock and Miami Music Works, respectively.

“Yeah, it’s wake up, music, go to bed. But that’s certainly not a problem for us,” she said. “We’ve worked hard to cultivate our passion, and for people to finally be appreciating that, there’s nothing better.”

“Inside Outside” is now available on Spotify, iTunes, Apple Music and Soundcloud. To view Soulpax’s next shows, visit soulpaxmusic.com or their Facebook page @Soulpax.