Scientists estimate that there are 7.5 million plastic straws polluting US shorelines—and while traveling on my family’s boat this summer, I was able to see the effects of that pollution firsthand.

All along Key Biscayne and the upper Keys, it was atrocious to see countless plastic straws, bottles and bags floating in several bays and sandbars.

This wasn’t news, though. A survey of beach cleanups done by Ocean Conservancy indicates that 30 percent of sea turtles and 70 percent of sea birds have been found with plastic in their stomachs, and straws came in seventh among the most common type of litter.

As someone who constantly tries to make environmentally conscious choices—whether that means consuming less meat, feverishly recycling or cutting down on energy use at home—this report was sickening to hear. But there is one step toward a solution: cutting ties with plastic straws.

As a Miami native, one of my favorite restaurants is family-owned El Rancho Grande in Kendall. Recently, the restaurant has banned plastic straws, and on each of their tables is a card explaining how plastic straws are causing so much damage, to better inform the public. During my time in the Florida Keys, too, there were several restaurants opting for paper straws (a green alternative to non-biodegradable plastic) or only giving straws out upon special request—to someone with a disability who needs a straw to drink, for example.

These gestures may seem small, but at the very least, they are opening people’s eyes and creating some environmentally conscious conversation at the dinner table. They help educate the community in a subtle way, calling people’s attention to the rising problem and holding us accountable for our plastic use.

UM dining halls have already eliminated plastic straws, which is a start, but working towards eliminating plastic straws across campus would be a great way to support this movement, raise awareness and get students more involved in social issues—and could set the standard for other universities as well.

In the face of the environmental crisis we’re facing, UM’s aid in this campaign would be a step in the right direction. And we would not be alone.

Miami Beach became one of the first US cities to implement a partial ban on plastic straws back in 2012, forbidding businesses on the beach from giving out single-use straws to customers. But this summer, the Miami Beach City Commission expanded that ban; it will now extend to businesses in all of the city’s parks, beaches, marinas, docks, piers, sidewalk cafes and boat ramps, and will apply to single-use drink stirrers as well.

With anti-plastic straw campaigns like #StopSucking and #StrawsSuck garnering support, Fort Lauderdale Beach and Surfside have also enacted bans, and global businesses have jumped on board, too. Disney announced that it would remove single-use straws and stirrers from its theme parks by mid-2019, and Starbucks vowed to discontinue plastic straws by 2020.

With all of the environmental issues facing our world today, it can feel daunting to find a way to make your own impact. Sometimes we want to help but don’t know where to start. However, this small step of simply saying “no” to plastic straws is an easy choice to make and can help bring about long-term change.

Of course, it’s still nowhere near enough. A World Economic Forum report states that by 2050, the amount of plastic in our oceans will outweigh the fish. It will take much more than just switching to paper straws to save our polluted oceans and avoid that predicted outcome. It’s going to take a fundamental change in the plastic industry and a shift towards using other resources, as well as a serious correction of our society’s dismissive attitude regarding conservation, to truly restore our oceans—but we have to start somewhere.

Nicole Macias is a junior majoring in English. 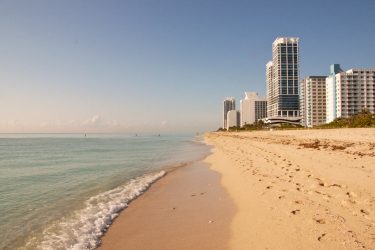