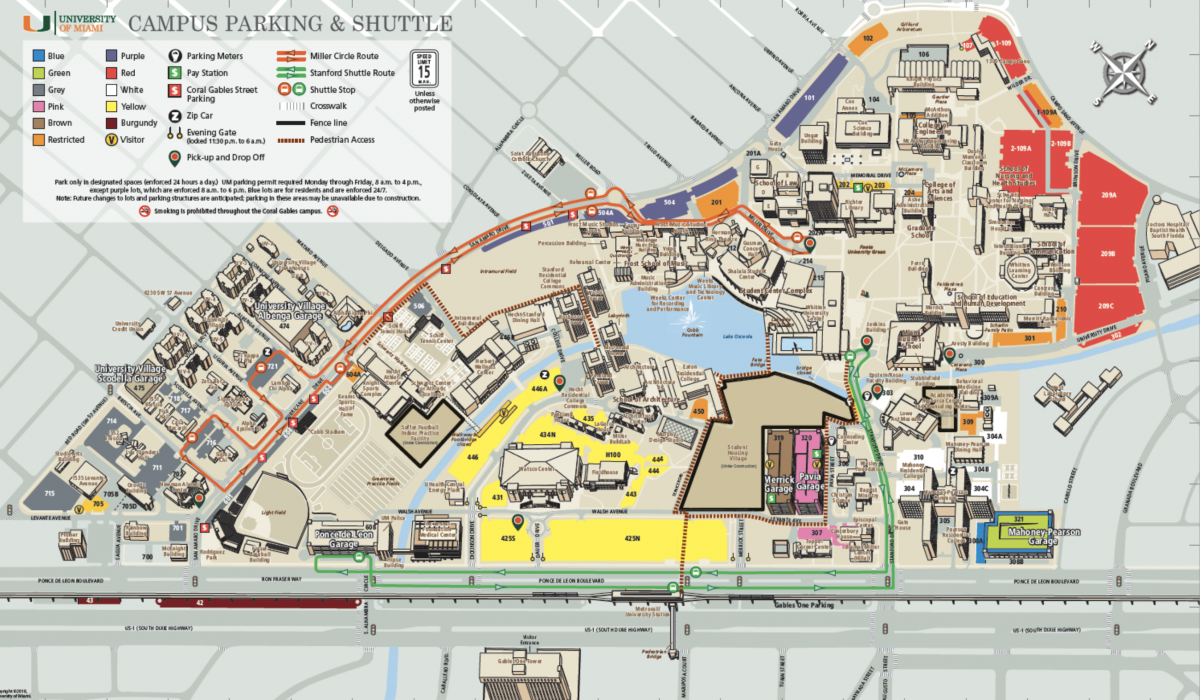 Update, 8:20 p.m., July 9, 2018: Parking passes are still available for purchase for all returning commuter students who have not yet received a pass. Parking and Transportation Director Richard Sobaram said every returning student, faculty member and staff member who wants to park on campus will be able to purchase a pass. The story has been updated to reflect this.

Dozens of students say they were unable to purchase campus parking passes because of problems with the University of Miami Parking and Transportation’s parking portal.

Applications for parking passes for returning commuter students were available beginning at midnight on Monday, July 9. Some students said they were unable to access the portal at all, while others said the portal was so slow they had to refresh the website and lose their place in line.

“I woke up at midnight and tried for two hours to buy a pass,” said Vanessa Benzecry, a Ph.D. student in the College of Engineering. “But for some reason, my account never let me buy any pass.”

Richard Sobaram, director of Parking and Transportation, said students may have lost their place in line if they logged onto the website well before the assigned time. The system automatically refreshes the queue at midnight to give all students an equal chance at queuing for parking passes.

“Otherwise, it’s not fair to a student who logs on at exactly midnight, the assigned time, and there’s already thousands of students in line,” he said.

Some students said they were not able to purchase their desired parking pass, which costs $531 for a standard full-price commuter permit, because passes for certain zones became unavailable almost immediately.

“The one that I wanted, which is the one everyone wanted, the red one, is sold out,” Benzecry said. “Only night and weekend passes were available when I finally logged in.”

Sobaram said it is typical for passes in popular zones to sell out quickly. “More than half of students want the purple or red passes,” he said. “Not everyone is going to get the zone they want. But every upperclassman student that wants to park on campus will be able to park on campus.”

Some students saw a message on the parking portal Monday afternoon said, “There are no permits available for you to purchase. Please contact the Parking & Transportation department to review your options.”

Freshman living in residential colleges are not permitted to have a car on campus.

TMH spoke to students who went to the Parking and Transportation office in the McKnight Building Monday morning, who were told they would not be able to purchase passes for the sold-out zones.

Parking and Transportation employees suggested that students purchase passes for other zones, and wait to see if any students holding the sold-out passes leave the university or cancel their permits, which would allow waitlisted students to upgrade to a different zibe.

“It’s frustrating because I’m in the College of Engineering, which is on the other side of campus, and anywhere else I park [besides the red zone] is a 10 to 15 minute walk,” Benzecry said. “I already drive 45 to 50 minutes, plus the time it takes walking to get to my office.”

Some students made light of the issue on Facebook.

Parking and Transportation sells, on average, around 7,000 passes to commuter students per year, Sobaram said. During peak parking hours, Monday through Thursday from 11 a.m. to 2 p.m., around 5,000 of these students are parked on campus.

This is also the first year that parking passes will be fully digital. Parking enforcement officers have been equipped with license plate recognition technology, and will be able to pull up students’ parking permits from scanned license plates. No physical permits will be issued.