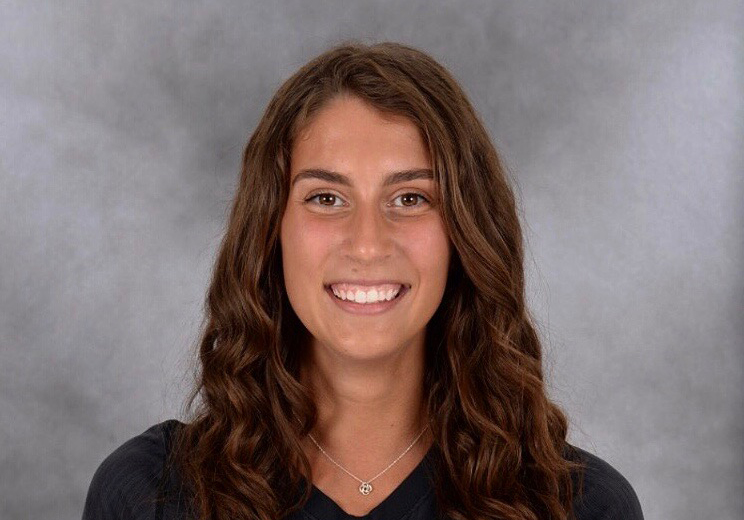 There’s a first time for everything: first dates, first loves and the first time feeling at home in a place where you weren’t raised.

Senior volleyball player Lucia Pampana, known as “Luchie” by friends and family, experienced all of these in one night – in South Beach.

The feat of firsts happened the fall of 2015 when Pampana and University of Miami football player Bar Milo had their first official date as a couple. They were sophomores, both with one year of Division-1 collegiate athletics under their belts. To celebrate the start of their relationship, Milo took the Italian native to what he heard was the best Italian restaurant in Miami – Hosteria Romana.

Milo pointed out to Pampana that the waiter who was approaching them was speaking Italian.

“That was the most overjoyed I’ve seen her thus far,” Milo said. “Her head flicked to him, her eyes lit up with excitement and she had the biggest smile on her face she was trying to hold back. I knew she felt at home.”

She confidently struck up a conversation with the waiter in Italian. Milo sat back, awestruck.

“I just saw a beautiful girl with so much passion and energy,” Milo said with a flushed face.

Born in Modena, Italy, Pampana always wanted to come to the United States as she was exposed to American television, music and food growing up.

She met Alessandro Lodi at a volleyball open gym in Modena. Lodi, an Italian native, had just returned from the United States as a coach for the University of Washington’s women’s volleyball team.

Lodi knew that Pampana was good enough to play in the NCAA upon first seeing her performance.

Pampana remembers every minute of her Skype tour of UM.

“I remember seeing all the palm trees and bright buildings,” Pampana said. “It was the first time I fell in love with a place without being there. How could anyone not fall in love with this place?”

Correction, April 24, 2018: A previous version of this article said Pampana received 45 Division 1A offers. It has been updated to reflect that she received 45 NCAA offers from all levels.