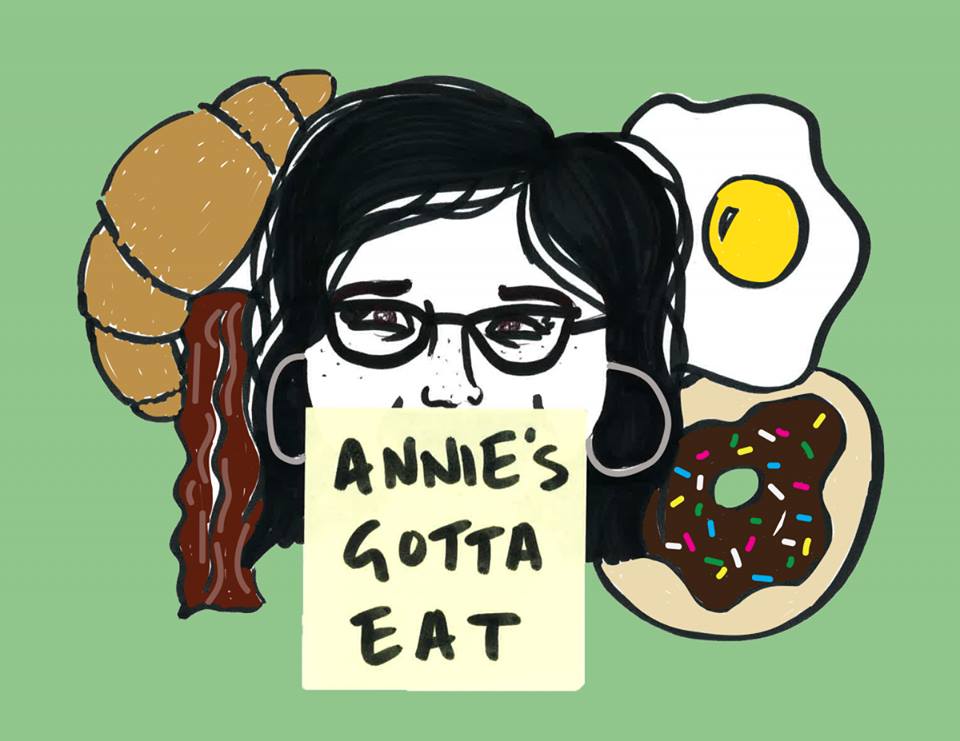 You already know that I’ve gotta eat, but you might not know that I was the president of the CommUnity Garden Club for three years and an ecosystem science and policy major. Loving food, especially freshly harvested food, was the reason I got into environmentalism.

I even toyed around with going to University of Illinois and majoring in agricultural policy. “Agroecology,” or how the way we grow food impacts the environment, has basically been the bread and butter (I need a food pun in the intro of every column) of my college career as an ecosystem science and policy student, gardener and food lover.

There are tons of ways to eat green, and if you’re feeling befuddled by it all, just pick one accessible thing on this list to do. Don’t give into the obnoxious eco-crusaders who say you need to do everything or else you’re destroying the world. Every bit helps, and incrementalism is key to avoid feeling like you’re sacrificing anything, just changing your lifestyle.

You’ve heard it before: Cow farts are causing global warming. While that obviously isn’t the only cause, you definitely get the most carbon foodprint reduction bang for your buck by reducing or eliminating meat from your diet. Eating less meat is something I’m really passionate about, but I’m basically the opposite of those vegan crusaders you hate. I love meat, and I’ve written before about how meatless Mondays, weekday vegetarianism and not cooking meat at home are great ways to start. You don’t have to give up pulled pork forever to do something good for the environment. I know if I had to, there would be tears for days.

Steer clear of vegan foods that are made to represent familiar meaty and cheesy foods you love. They will always disappoint. I tested this hypothesis at Eden in Eden vegan French cafe with TMH’s resident vegan, Senior Editor Elizabeth Gelbaugh, and some friends.

One of us got a croque monsieur – the classic fried sandwich of ham and cheese. The peak of meaty decadence. This vegan croque monsieur definitely did not live up. “Chewy” pretty much sums it up, from the fake, sponge-tasting meat to the bread and yucca-based cheese. I got the crepe fromage, which is supposed to be supremely cheesy, but tasted like yucca mashed with way too much olive oil.

But Elizabeth got a “Crepe Sergio,” filled with kale, mushrooms and spinach. It was about elevating the veggies, not faking meat. Dishes that are meant to be vegetable-centric and cooked by people who love veggies so much they don’t eat anything else can make for some vegan magic.

My recommendation close to campus for a plant-based, delicious meal is Amsterdam Falafel Shop – think crunchy falafel and fresh pita, plus a great toppings bar – and they’re open until 3 a.m. on Fridays and Saturdays. Vegan drunk food FTW.

Grow your own food.

Gardening can be scary and seem like an inaccessible hobby for anyone who isn’t an 80-year-old woman too spry for her age and reliving the enjoyment of planting a Victory Garden with her mom during World War II.

I call myself a gardener extraordinaire, but 80 percent of my time in the garden is spent reeling over what’s making my tomato leaves turn brown or exactly how much to water my cranberry hibiscus versus my lemongrass. Plants have died at my hands – between my only very slightly green thumbs. But that’s OK. Gardening isn’t about perfection; it’s about trial and error, getting advice from other gardeners and lots of Googling.

There has been research that shows how beneficial spending time in nature can be, even if it’s just a short walk. You can disconnect from hectic daily life by getting your hands dirty and growing a baby plant.

Gardening is healing and not in a gross hippie-dippy way, but in the fact that if you put the work and love into growing a plant, you will appreciate eating that food, even if it’s just herbs you sprinkle on your $0.99 ramen packet. It brings a level of freshness that’s unattainable in a grocery store and offers a sense of accomplishment beyond cooking. You can start out small, even with a little pot of basil in your dorm windowsill. My top recommendations for starter plants are lemongrass, chives and sweet mint.

Eat local – but what does that even mean?

It’s basically impossible to get local food from a grocery store, and eating local doesn’t just mean eating at local restaurants instead of chains. Local food means produce or meat raised within 100 miles of your location. Most of the food at UM’s “farmers” market, while delicious, is not local.

The idea is that if the produce was sold directly from a local farmer, the emissions from transportation are cut and there is probably less packaging involved.

You’re probably not going to sign up for community-supported agriculture or CSA – basically, a subscription for produce from a local farm. We’re college students, not suburban moms. (Though if you do, good for you.)

The most accessible option here is to frequent restaurants that make a point to use local produce. Ghee Indian Kitchen in Dadeland has made a name for itself doing just that. Chef Niven Patel used produce from his own farm just south of Miami for many of Ghee’s delicious seasonal dishes.

About half of all produce in the United States is wasted, in large part because perfectly edible food is being thrown away because it looks weird and people don’t choose it at the grocery store. Wasting half of our produce means that half of the environmental resources put into growing food, such as land, fertilizers and transportation emissions, are also wasted. The ugly fruit movement has brought attention to some pieces of produce that are so ugly and twisted that it brings them back to being beautiful. Anyone remember the viral image of a split carrot that looked like sexy crossed legs? A thicc, juicy snacc. Embrace the uggo, and you can even get cheap produce delivered to you by services such as Imperfect Produce.

You can make trying new fruits and veggies an event. Maybe gather your friends each week for a sampling of something they’ve never tried.

Consider asking your parents for a Costco or Sam’s Club card for your next birthday. Buying in bulk means fewer layers of completely unnecessary plastic that you have to cut through before devouring your snacks.

The recently started #MiamiIsNotPlastic movement encourages us to end our drink orders with “and no straw, please.” But if you’re anything like me, you’re probably too socially awkward and afraid of being judged for your needy, overly specific ordering to do that every time. What’s better is to ask the managers at your favorite restaurants to consider ditching the straws. If you hate drinking from glasses, invest in your own stainless steel drinking straw you can take with you and reuse.

If you’re still using plastic bags, just stop being lazy. I will be an obnoxious eco-crusader on this one because I know you get free tote bags from campus events, and it’s just so easy. Bring them to the store. Every time. Don’t care about plastic bags? You will after watching this dramatic Werner Herzog film.