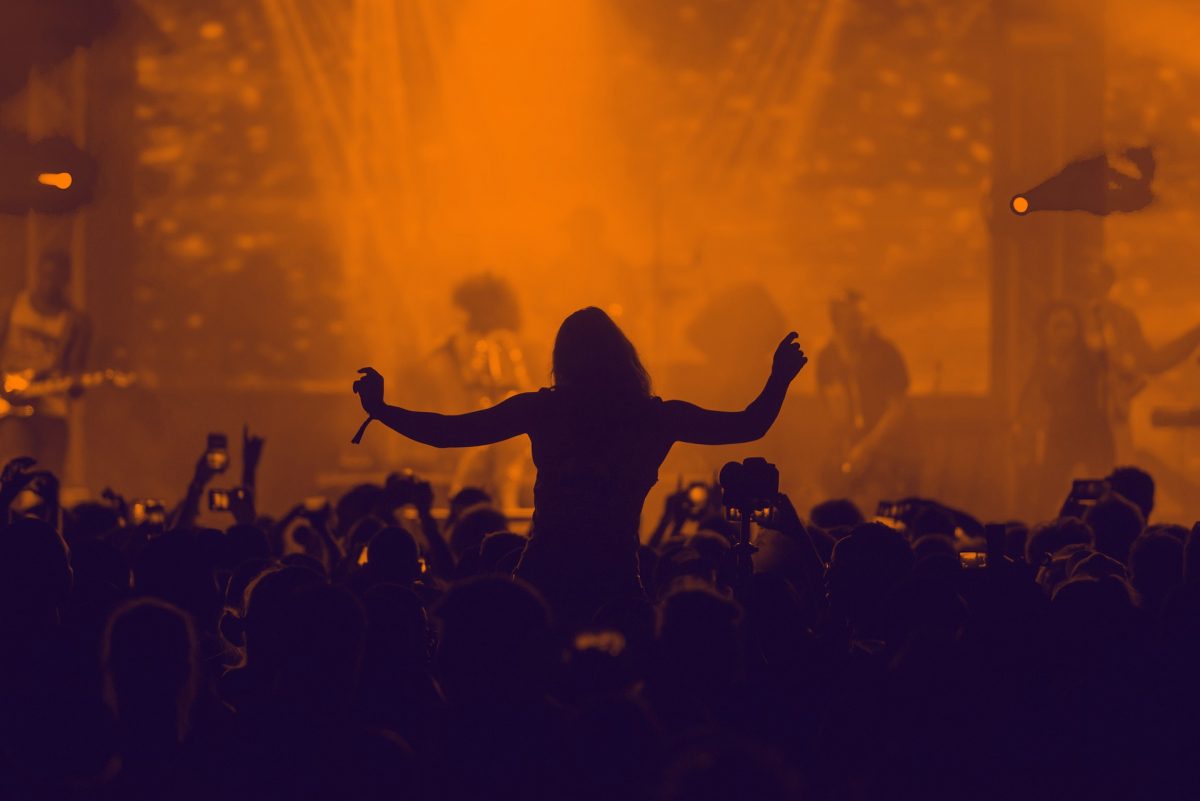 Last weekend, my boyfriend and I were relaxing on the rooftop of a Miami Beach hotel. People were mostly sitting around and having drinks at the bar, but one pair of 20-something-year-old women was the center of attention.

Initially, they were dancing and seemed to be enjoying themselves, so I laughed, knowing they had probably had too much to drink and would regret their silliness in the morning.

The girls were flirting with two older men who, at their request, helped them (clumsily) get up on the bar. Slowly, I began to see the situation escalate. One of the women started pulling up the shorts of her romper, exposing her entire butt. As this was happening, the bartender and the old pervs they had been talking to pulled out their phones and recorded them both, joking that the footage was “going on the hotel’s website.”

The entire ordeal made me uncomfortable. I wasn’t sure if the women were extremely drunk and incapable of making responsible decisions or simply out for a good time. I didn’t want to intervene and be accused – by the two women or by any of the men – of sticking my nose in other people’s business or, even worse, of “overreacting.”

I quickly decided that my possible embarrassment would be a small price to pay in exchange for helping these women, who I believed were being taken advantage of while in a vulnerable state.

I ran over to the other end of the rooftop where I thought the women’s friends were seated, and they told me that the women had come alone. As I’m being informed of this, I turn around and the woman that had pulled up the shorts of her romper had now taken off her bra and was dancing nearly naked on top of the bar. Her romper was scrunched up around her middle and everyone around her seemed to be enjoying the show.

At this point, the danger of the situation slapped me in the face and I felt forced to intervene, especially since no one else seemed to think this was a problem. By the time I reached the bar, the bartender had already asked her to put on her bra. She went into a little room in the back and fumbled with her bra and romper until she emerged fully clothed. I asked the bartender if he had pictures (he did) and asked him to delete them. Although I don’t think he deleted them, he said it was “nothing crazy” and, in the moment, I decided to let it go, turning my focus to the young, drunk woman.

I asked her if she needed my help and informed her that everyone had been taking pictures of her while she was dancing. To my relief, she didn’t seem concerned, informing me that she was visiting from Australia and would be back in her home country soon. Although they were struggling to walk in their heels and definitely drunk, the women seemed aware of what they were doing, unfazed by the possibility that their pictures could end up online or elsewhere.

I was glad the situation ended the way it did. I felt better knowing that I had offered the women my help. The events of that evening, however, stuck with me for the entirety of the following day.

When should you intervene? How can you tell the difference between someone having a good time and someone who is too drunk to make their own decisions? How do you intervene in a risky situation without coming off as patronizing?

Prior to this experience, I always thought that it would be simple for me to decipher when and how to intervene in a situation that I deemed to be dangerous for the people involved. Instead, I felt unprepared and awkward every step of the way.

I learned that bystander intervention can be messy and embarrassing. That your help will sometimes be unwarranted and misconstrued as nosiness, or perceived as forceful. Despite its risks, being an active and responsible bystander could save someone from a dangerous situation. If you’re ever concerned that someone may be too drunk to acknowledge the consequences of their actions, or that someone is being taken advantage of, intervene.

It’s easy to overlook these kinds of situations when there are other people around and the responsibility is diffused. You tell yourself that if something bad is really going on, someone else would intervene. In social psychology, this is known as the bystander effect. The greater the number of bystanders, the less likely an individual is to step in during an emergency.

The Rape, Abuse & Incest National Network highlights the role of bystanders in preventing sexual assault with the acronym CARE – Create a distraction, Ask directly, Refer to an authority and Enlist others.

It’s important to note that intervening in a dangerous situation should never put your own safety at risk. You can decide upon your course of action depending on your comfort level. If confronting someone directly and asking if they need your help isn’t your style, you could talk to someone in charge or enlist other people to support you.

In the worst-case scenario, if you see something sketchy and choose to remain silent, you could unwittingly be complicit in a crime. Forget the awkwardness and remember that if it were you, you’d probably appreciate some friendly help, too.