UPDATE, 2:56 p.m., April 5, 2018: More than 220 surveys have been filled out and accounted for in the first week of trial period for the SG initiative. As of April 2, 99.5 percent of students have indicated the university should provide free feminine hygiene products in the future.

For the women who have walked into some bathrooms around campus and have rejoiced in seeing a small dispenser packed full of free feminine hygiene products – sorry, it’s only temporary. At least for right now.

The dispensers are part of a Student Government initiative to gauge interest in offering free emergency tampons and pads campus-wide.

Former SG senator Tumi Lengoasa, a junior, began working on the initiative during the spring 2017 semester. Lengoasa was motivated by a petition circulating last year that asked for the hygiene products.

Now, the committee has started a six-week trial to implement the initiative permanently. Women’s bathrooms on three floors in the Shalala Student Center and Richter Library as well the first floor of the University Center and Herbert and Patti Wellness Center have temporary dispensers. Twenty tampons and 10 pads have been placed inside each dispenser, along with a small drawer with surveys inside.

“We want to use the surveys to gauge interest and to see if it’s helpful, if it’s something that students on campus would want to see more of a permanent fixture,” said Sri Ravipati, Mahoney Residential College senator.

More than 220 responses have been collected as of April 2. Khurana said so far, the response has been “overwhelmingly positive.” Out of all the responses received, 99.5 percent of students have indicated the university should provide free feminine hygiene products in the future.

At the end of the trial period, SG representatives will collect the data and draft a proposal, including student feedback, and present it to SG advisors. From there, the advisers will present it to university administrators, and the proposal will be discussed in the Senate. Senators will “hopefully” pass a bill to recommend the university provide permanent fixtures for the free hygiene products, Khurana said.

Ravipati said SG will create a budget and send it to the university but doesn’t have a set cost yet. Khurana said the trial has cost about $250.

The temporary dispensers will be refilled every Monday night for the remainder of the semester.

Sophomore Theresa Birch said she wasn’t expecting to see the temporary dispensers when she used a bathroom in Richter Library this week but she was more relieved than surprised.

Birch, a psychology and classics double major, said she is one of hundreds of women on campus who have been caught off guard by her menstrual cycle. Having access to free tampons or pads around campus is important to all women, she said.

“It definitely helps a lot,” Birch said. “Sometimes you just have to roll up toilet paper or do what you can if you don’t have anything. A lot of times there’s nothing in the paid dispensers. I think it’s a great initiative and I really do hope they keep it going.”

Khurana said it’s up to the students to make the fixtures permanent.

“Keep filling out the surveys so that we can make this happen,” Khurana said. 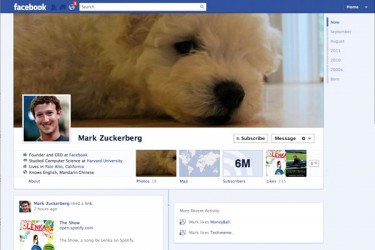