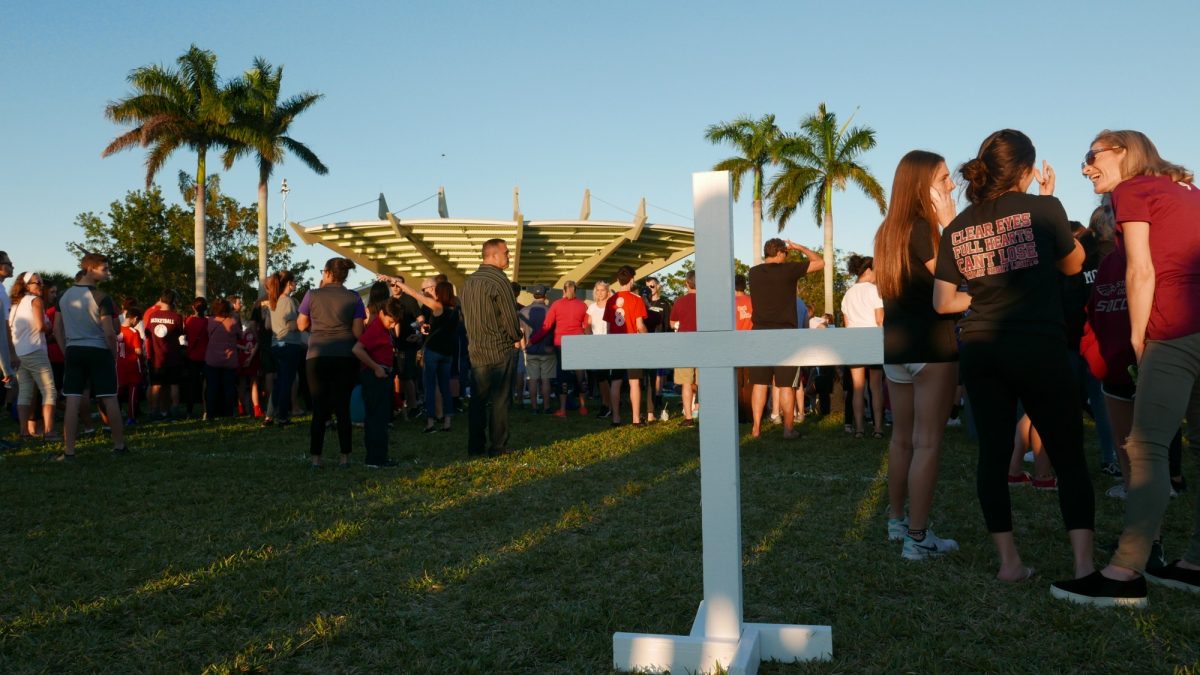 Safety and well-being are the two aspects University of Miami administrators are focusing on following the school shooting in Parkland, Florida last week.

The deadly shooting unfolded around 2:20 p.m. Feb. 14, around the time students at Marjory Stoneman Douglas High School in Parkland were set to be dismissed from school. That’s when a gunman, identified as former MSD student Nikolas Cruz, began shooting inside classrooms. The gunman left 17 dead and more than a dozen injured, making the shooting the deadliest school shooting in Florida history and the largest massacre since the Sandy Hook Elementary shooting in December 2012.

Director of Emergency Management Matthew Shpiner said the university has had a “robust training program” in case of an active shooter situation in place for the past five years. The program seeks to bridge the gap between law enforcement response and individual members of the UM community, he said.

“We are really encouraging people to attend our 1 1/2 hour active shooter response training,” he said. “It’s really to provide a basic skill set if, God forbid, you encounter one of these situations.”

Shpiner said it’s understandable for students to have safety concerns following the shooting but said the university is taking all possible steps to keep the UM community safe.

The day following the shooting, UM President Julio Frenk sent out a letter via email to the university community, which included resources for students struggling with the tragedy. There are several MSD graduates at the university.

“Institutions of learning should be a safe haven for all,” Frenk wrote in the letter. “As a father and an educator, my heart breaks. This senseless act has resulted in death, injury and trauma for countless students, parents, teachers, staff, family and friends.”

He encouraged students to “talk about it” and “honor” their feelings, and included a list of on-campus resources including the Counseling Center, Chaplains Association, Dean of Students Office and Faculty Staff Assistance Program.

Vice President for Student Affairs Patricia Whitely also sent out an email announcing that the university and MDS alumni at UM would be hosting a vigil at 8 p.m. on Tuesday, Feb. 20 at the Rock Plaza.

Charles Nemeroff, Miller School of Medicine professor and chairman in the Department of Psychiatry and Behavioral Science clinical director, said the trauma experienced as a result of the shooting will be far and wide, impacting families and friends of the victims, as well as those who responded to the emergency.

“A significant number of these individuals will have long lasting mental health consequences of this trauma – post-traumatic stress disorder most prominently,” Nemeroff said. “For those with preexisting mental health conditions, the risk for a worsening in their depression or anxiety is substantial.”

Since the shooting, thousands across the state and country have called for stricter gun control laws to prevent future mass shootings. The Tallahassee chapter of Moms Demand Action For Gun Sense in America marched for stricter gun regulations in the state Capitol on Feb. 15, just hours after the shooting occurred. There’s another march, organized through Facebook, called “Florida’s March on Gun Control,” which is slated to take place 12 p.m. Feb. 22 in Tallahassee. More than 100 students from MSD will travel to Tallahassee to speak to representatives and demand action.

The students have also organized “March For Our Lives,” a nationwide march resembling the massive Women’s March, that will take place on March 24 in Washington, D.C. and around the country.

“I expect our elected Republican representatives to extend their ‘Thoughts and prayers’ and then do exactly nothing,” Koger said. “I expect some Democrats to call for minimal reforms, such as universal background checks, but accomplish nothing because they can’t get their proposals on the legislative agenda.”