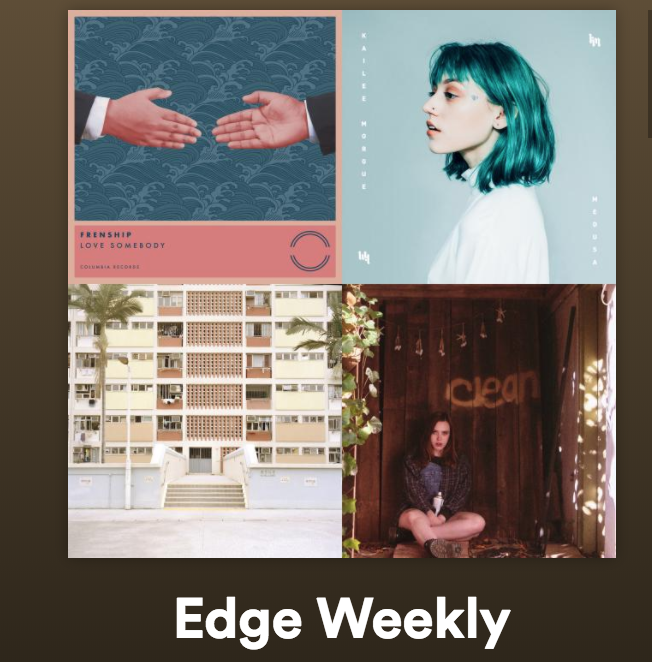 This Long Beach, NY based band will send you straight back to the early 2000’s with raw sounds and angsty lyrics. “The Cool” is the upbeat bop of their new album, the yunahon mixtape. Catch them at O’Malley’s with Mom Jeans. and Tiny Moving Parts this February 15.

20-year-old Sophie Allison, former NYU Music Business Student, is the face and brains of Soccer Mommy. With her hard-hitting lyrics and effortlessly cool aesthetic, it’s no wonder she’s killing it as a musician in her Nashville home town and beyond.

This 19-year-old singer-songwriter had a hit before she recorded anything: the Arizona native recorded a demo of “Medusa” in her bedroom, which quickly blew up on twitter. She’s just released her first EP, which pairs her mythical lyrics with catchy synth-pop production.

Brothers William and Matthew Chevalier and cousin Dylan Mattheisen founded what would eventually be Tiny Moving Parts when they were in middle school, which is no doubt where they got their emotive hardcore sound. Catch them at O’Malley’s with Mom Jeans. and oso oso this February 15.

If you miss 90s grunge bands like Nirvana, Teenage Wrist will fill the void. This heavy single will premiere live when the band plays Atlanta’s Shaky Knees music festival in May.

This eleven-member indie band from Oregon blends orchestral instruments, intellectual lyrics, lo-fi sound and raw emotion. In “Rorschach,” lead vocalist Kyle Morton sings like he’s about to break, but the eruption of instruments behind him holds him together.

This serene single from Rhye’s new album, Blood, goes well with their minimalistic but evocative aesthetic. TMH will interview the band and review the rest of the album in anticipation of their February 22nd show at The Ground.

Darlingside – Hold Your Head Up High

Darlingside, a folk-baroque-pop band from Boston, MA, captures everything that is good about high-brow music — beautiful arrangement, literary lyrics, and complexity — but makes it accessible to almost anyone. This moving single has earned them much fan anticipation for their soon-to-be-released album, Futures.

Listen to this week’s playlist here.