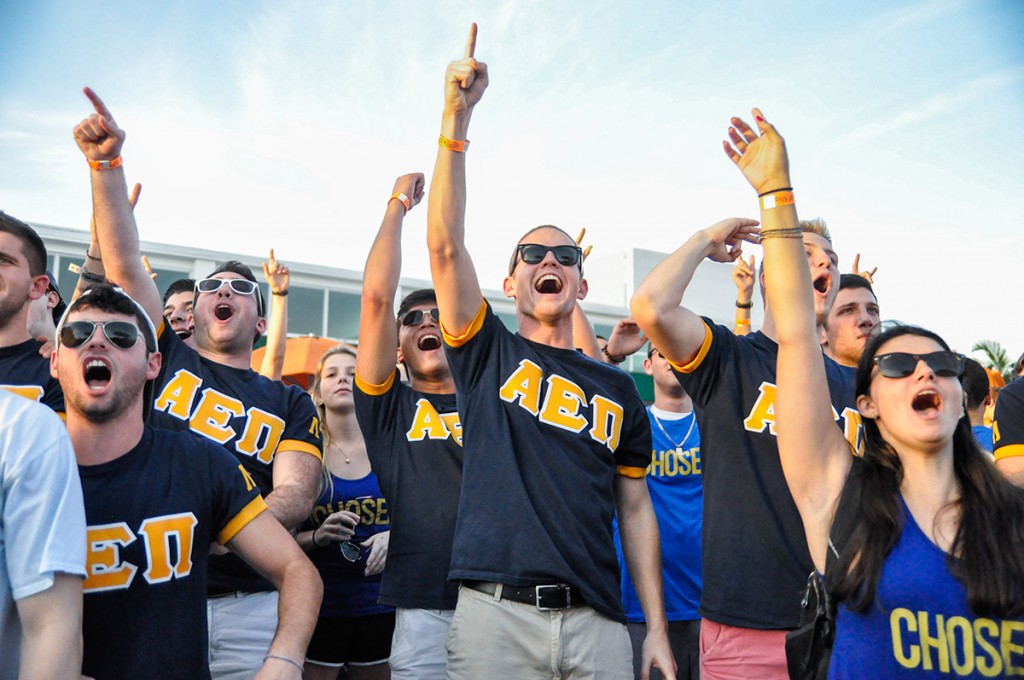 At the University of Miami, Steven Priepke is known as the senior associate dean of students and the director of judicial affairs. However, he also holds another title: founding father of the Sigma Alpha Epsilon (SAE) fraternity chapter at UM.

Priepke, who attended UM from 1999 to 2006, initially didn’t decide to “go Greek” – or rush to join an existing fraternity on campus. Instead, he decided to start a new chapter, a decision he said was one of the best he’s ever made.

Priepke became the president of SAE and described his experience as crucial in developing his leadership skills.

“You are put in a situation where you have to lead a group of your peers,” he said. “It’s planning events together. It’s collecting dues. It’s holding people accountable. It’s participating in sports … It definitely helped give me a head start at learning how to manage people.”

Greek life has a large presence at most major universities, including UM. There are 29 fraternities and sororities on campus, according to the university’s Dean of Students Office website. On a nationwide scale, there are more than 9 million Greek members, according to the New Jersey Institute of Technology.

For Priepke, it’s the extensive philanthropic work done by Greek organizations across the country that reflects what being Greek is all about.

Priepke said the Greek system is not without its flaws. Most recently, Greek culture has come under fire after high-profile controversies rocked the nation, including the death of Florida State University student Andrew Coffey. Coffey died Nov. 3 after attending a party while pledging Pi Kappa Phi fraternity.

“Undergraduate students as a whole have a severe problem with alcohol consumption, and I think that can be amplified in a Greek environment,” Priepke said. “Alcohol is at the heart of all the behavior problems that I think don’t serve Greek Life well.”

However, for the good that Greek Life brings to its members, it goes beyond the four years of undergraduate school.

Brandon Gross currently serves as the associate director of the Shalala Student Center Complex. Gross graduated from UM in 2009, where he was a member of the Sigma Chi fraternity and president of the Interfraternity Council for two years.

Gross came into college thinking he would not want to pledge a fraternity. However, he was enticed by the sense of brotherhood he sensed at Sigma Chi and chose to rush during the spring semester of his freshman year.

“There’s so much positive that Greek Life does that really does get overlooked,” Gross said. “The philanthropy, the fundraising … Those aren’t as juicy stories, so I think that can get overlooked in the news sometimes.”

Gross said his fraternity truly did give him lifelong connections, both professionally and personally. Several of Gross’ fraternity brothers were able to use the connections they built through Greek Life to find jobs after college, and Gross has helped current members of Sigma Chi get in touch with former brothers who work in various fields.

According to a 2014 Gallup survey, 16 percent of college graduates who were members of Greek organizations are more likely to report being “emotionally supported and having experiential and deep learning activities while in college.”

“The networking opportunities through Greek Life are extremely strong,” Gross said. “I have friends who work in finance in New York City, and when they get a résumé across their desk that says ‘Sigma Chi’ … That gets a second look.”

Featured photo is a file photo of The Miami Hurricane.