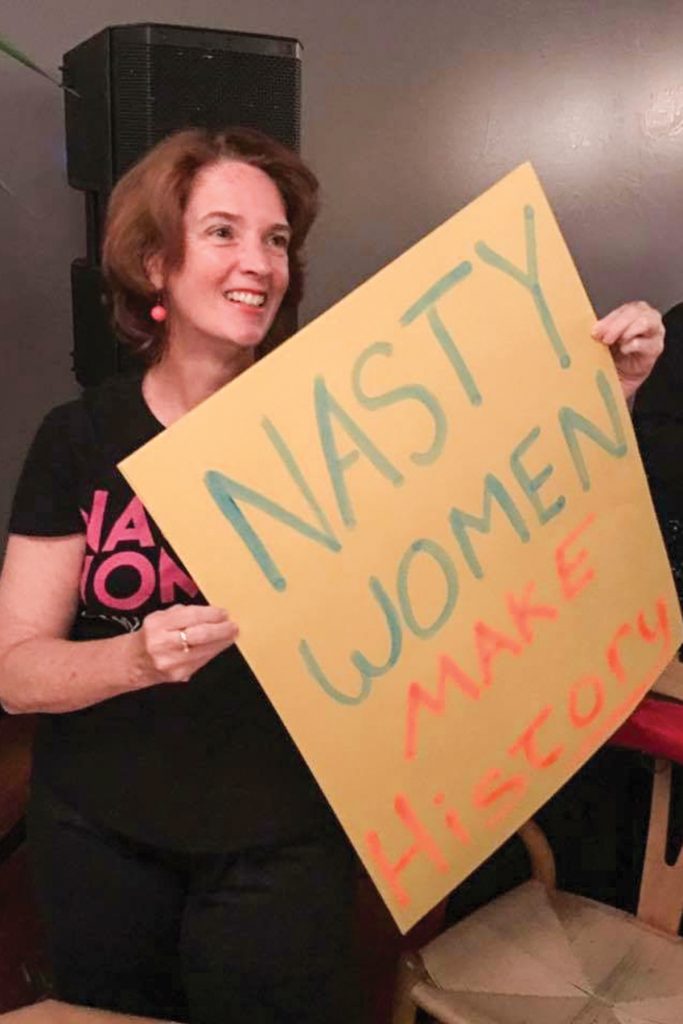 French Prime Minister Édouard Philippe issued a ban on attempts to incorporate inclusive writing into official texts in November. Traditionally, in France, if you wanted to address a group of readers of both genders, you would say lecteurs, a masculine word. The feminine version would be lectrices. To be more inclusive, certain pieces of writing (especially in the field of education, and in a children’s textbook) adopted a way to combine both genders, forming words like lecteur·rice·s. But now, Philippe’s rejection of the practice brings up a huge question that English speakers can relate to: When are we going to stop perpetuating sexism in our everyday interactions?

Merriam-Webster defines sexism as “behaviors, conditions, or attitudes that foster stereotypes of social roles based on sex.” This can show up in language. Think about some of the words we use and the connotations they hold. Many English terms are gendered, such as “wingman,” “middleman,” “prima donna” and “Debbie downer.” These female terms are often seen as negative. No one wants to be called a “negative Nancy,” and it’s no coincidence that they are feminine.

Similarly, in America, you can address a group of women by saying “hey, guys.” It’s part of our vernacular. If the tables were turned, however, and you addressed a group of men as ladies or girls, you would be met with unpleasant sentiments. These standards signal that in our language, it’s insulting to be referred to as something feminine but favorable to be seen as masculine.

It’s clear how our language impacts social interactions. We use male words as the status quo, utilize negative feminine terms like “bitch” so much that it’s almost the norm, and – as of late – refer to women as “females.” This particular fad of referring to women as females, but never men as males, is dehumanizing. It breaks our existence down to something biological and proves how language is inherently skewed to see women as inferior. This type of language is a constant reminder to women that we’re not respected.

Even the Oxford English Dictionary has shown bias. In their dictionaries, they associated “rabid” with “feminist,” “nagging” with “wife” and “grating” and “shrill” with women’s voices. Their explanation? They were merely mirroring things said in real life.

Sexist language finds its way into our writing and interactions for the simple fact that society is still sexist. The first step is understanding the problem. There are many who don’t understand the weight of their words and how much they can further a harmful notion. The only way we, as an inclusive society, can progress is by making conscious efforts to eliminate biased terminology on a personal and national level.

It starts with you. Examine the words that you say and work to be an advocate for equality. Use “folks” instead of “guys.” Even though the French government is rejecting the idea, much of France is still working on actively using gender inclusive terms. Some of us here in America are following suit. Yale has been favoring gender-neutral terms such as “first-year” and “upper-level” to refer to students instead of “freshmen” and “upperclassmen.”

Some might argue that it’s too difficult or time-consuming to use gender inclusive language. This sort of thinking is problematic and doesn’t help advance society at all. Making sure everyone feels respected and positively included does. It’s up to us to do more. The path to social change is never easy, but with everyone’s help, we can get there. Right, folks?

Kay-Ann Henry is a freshman majoring in journalism.

Featured photo is a file photo from The Miami Hurricane.