Ask any Miami Hurricanes football fan which teams they hate and you’ll get three responses: the Florida Gators, the Florida State Seminoles and the Notre Dame Fighting Irish.

These games, in which emotions run high on and off the field, must be won to confirm the Canes are truly “back.” To be an elite team, we must dominate not only our division or conference but also the rivalry games – whether they’re played annually or not.

I wrote a column recently about the changes that need to be made to improve the football culture among students. Rivalries are extremely important for UM community involvement in the football program because they hold significance to our school’s history and identity.

Recent Canes converts may not be familiar with the Notre Dame rivalry, though they’ve likely heard the “Catholics vs. Convicts” slogan. The notorious name of the rivalry was created by Notre Dame students printing unsanctioned game day T-shirts. They wanted to portray their team as righteous and the Canes as thugs, playing into popular stereotypes of the teams.

To recap, here’s a brief history of the rivalry:

On the road to prominence, Miami defeated Notre Dame a handful of times – most notably, a 58-7 blowout that ended the 1985 regular season and head coach Gerry Faust’s tenure at Notre Dame. Jimmy Johnson and the Canes ran up the score on Notre Dame, especially during Faust’s last game, which was seen as disrespectful by some but awesome by most.

In 1987, the Canes would again defeat Notre Dame on the road to a national championship.

The two most recent meetings, a 2012 blowout in which Miami lost 41-3 and a heartbreaking loss in 2016 by a three-point margin, are seared into fans’ minds.

Having traveled to both most recent meetings and watched the Canes lose in person – which is much more painful than watching a loss on TV – I am ready to see us lay a beatdown on the Golden Domers.

Their Irish fans, their traditions and most of all their winning record in the series never fails to get under Canes fans’ skin. It’s about defending our honor. We’re not convicts. We’re a serious school that can play a great game of football. And Notre Dame needs to know that.

Rivalries have the ability to motivate students and the team. To truly be “back” and reclaim our rightful place atop the college football elite, we must beat rivals not only for the postseason implications but for our history, our team and our students.

Dana McGeehan is a senior majoring in history and media management. 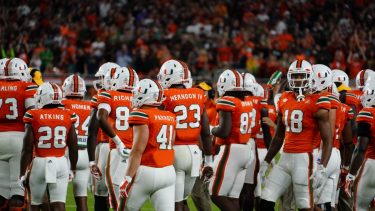 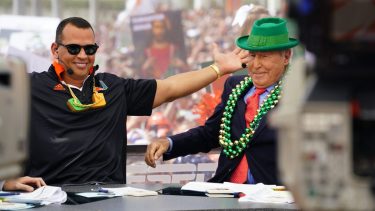