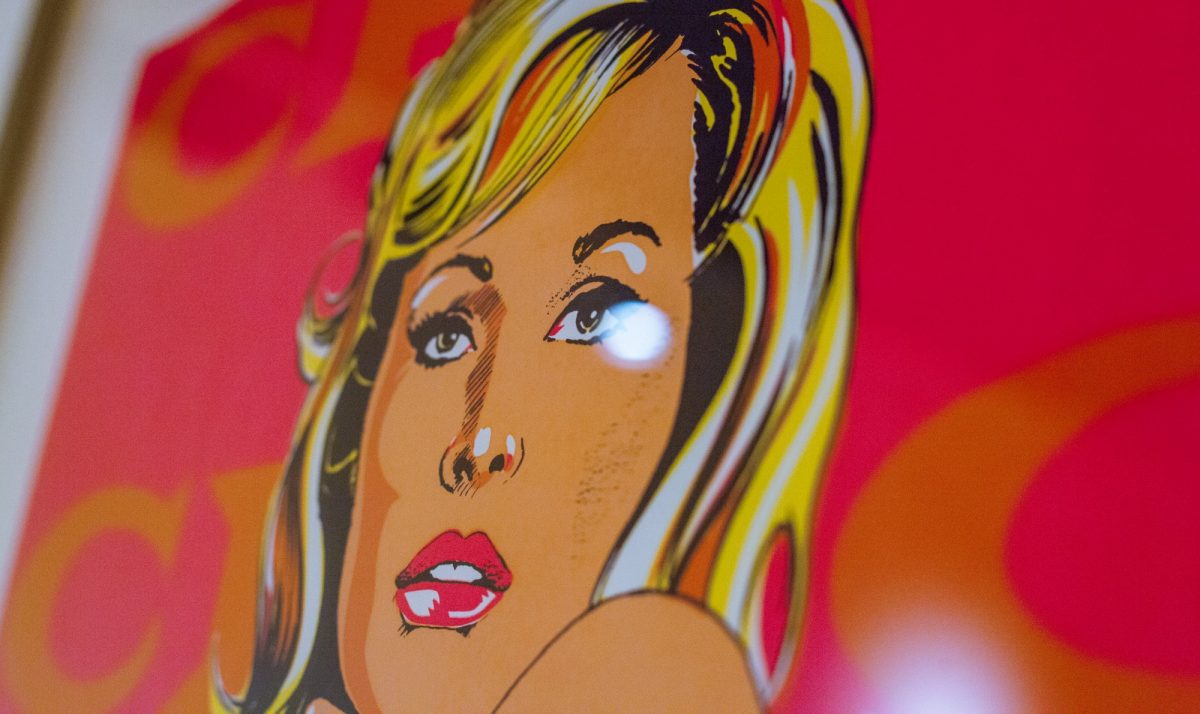 The “Pop Art Prints” exhibition celebrates the technicolor pop art movement, which began in the United States during the 1960s as a reaction to abstract expressionism. Pop art served as a demonstration against the limiting distinction between high and low art.

Nestled at the centre of the University of Miami’s Lowe Art Museum, the clean white walls provide a microphone to help the colorful and playful artwork speak. They do, after all, have a lot to say.

The exhibition included works from the Smithsonian Museum of American Art which had yet to be exhibited.

Pieces such as “Tea Bag” by Claes Oldenburg are on display. The print of a used tea bag covered in plexiglass encapsulates the pop art the movement. It elevates the everyday and plays with our preconceived notions of the world, turning what is small and soft into something large and industrial.

“Pop art is all about accessibility,” said Jill Deupi, Beaux Arts Director and Chief Curator said. “Pop art, by design, is extremely user-friendly. It is fun to look at and easy to engage with.”

The exhibition is mainly composed of prints, symbolizing the use of mass production for a mass audience and creating art for everyone.

Andy Warhol’s “Marilyn” initially evokes ideas of fame, beauty and success. Yet the plaque on the side of the work pushes viewers to think more deeply. The work was made in response to her death. The fluorescent pink plastered across her lips becomes an empty nod toward a fame that once was, and the grey background becomes cold and hard. The image recognizes its own superficiality, not just in that it is a duplicate, but that it sits between reality and celebrity.

Deupi said her favorite piece is Robert Indiana’s iconic “LOVE.” Which is a bold red, blue and green screen print of the word.

“It is tough to beat, in terms of both clarity of the message and visual impact,” Deupi said. “The fact that it is so well-known and has been the subject of so many ‘riffs’ also makes it a stand-out in our show.”

Leila Thompson, another visitor who is a sophomore ecosystem science and policy major, agreed with Deupi’s choice of artwork.

“I really like the bold colors,” Thompson said. “It’s iconic, and so is the message behind it.”

Under the veneer of garish colors, there is history, culture and cynicism.

“As one of the artists who is featured in the show, Jim Dine, once said, ‘Pop is the American Dream: optimistic, generous and naïve,’” Deupi said. “I like that idea, particularly during these very fraught and troubling times.”

Go to this exhibition to see Warhol, Lichtenstein and Rauschenberg, but go mainly to see them in a context and a light you have never seen them in before.

The exhibition will be on display through Dec. 17 in the Lowe Art Museum at 1301 Stanford Drive.