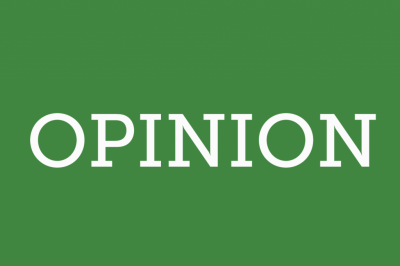 Last month, the Trump administration made a critical decision on the Deferred Action for Childhood Arrivals (DACA) program, deciding to rescind it altogether while giving Congress a deadline to act on the futures of more than 800,000 immigrants.

For many, America was and still is the land of opportunity. It seems, however, that our reputation is once again threatened by the current administration, leaving many up in arms. Social media erupted in support for DACA recipients. Even former President Barack Obama joined in the outcry with a poignant Facebook post, in which he called the decision to end DACA “cruel.”

When the news broke, I couldn’t help but think of my friend and DACA recipient, Juan Trujillo, a freshman at the University of Oklahoma. I’ve heard him talk about his immigration story, and how he arrived to the United States with his parents from Mexico.

We discussed earlier in the year what might happen to him and other undocumented immigrants under Trump’s rule. He voiced his frustrations in a video for OU Daily, his university’s newspaper.

“I feel like I’ve been a good person,” Trujillo said. “Just because I was brought here when I was three doesn’t mean I’m a criminal.”

Yet Trump and other conservatives paint undocumented immigrants as criminals trying to take American jobs and money.

Trujillo’s words echo the sentiments of the 800,000 young Americans who had no choice in uprooting their lives to come to the United States and who will now become eligible for deportation if Trump’s policy is approved. The president seems to forget that many of our dreamers consider themselves American.

They treat our families. They create jobs. They serve in the military. They attend college. And they all actively participate in our society. Wouldn’t you think Trump would recognize, appreciate and consider this as he rescinds DACA and programs like it?

Interestingly enough, President Trump appears to have second thoughts about his decision. About a week after his announcement, in his seemingly preferred mode of communication with the American public, Trump sent out a tweet calling on Congress to “legalize DACA.” He has also called DACA recipients “incredible kids” and states “he has a love for these people.”

His wavering state on this issue is upsetting and concerning. How does one focus in school or work if their lives, well-being and families are being threatened? Still, there’s some hope.

Dreamers have support from politicians, corporations and institutions across the country. Many colleges are committed to protecting and providing aid to their undocumented students.

The University of Miami is one of those schools. The school’s U Dreamers program provides financial aid to DACA recipients who aren’t eligible for any federal aid. This program is necessary proof that our school is committed to diversity and equality.

Still, this has been a tough year for DACA recipients. Despite these troubles, I know they will continue their lives and protest this effortlessly and gracefully. They and their families have weathered worse storms, and hopefully, with our support and Congress’s help, they can also weather this one.

Kay-Ann Henry is a freshman majoring in journalism.