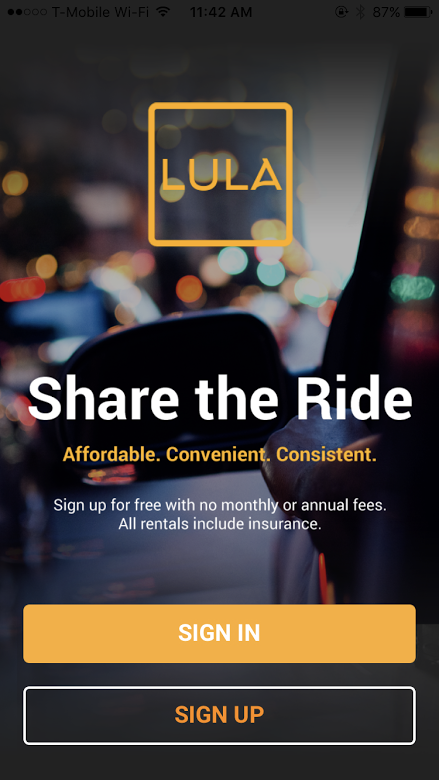 LulaRides, a mobile app created by Miami-born 21-year-olds Matthew Vega-Sanz and his twin brother Michael, officially launches this week. The app allows college students to rent their own cars to each other on campus.

Both Vega-Sanz brothers are business administration majors at Babson College. However, Matthew explains that, being born and raised in Miami, UM was the school he aspired to attend, which makes bringing the app to our campus that much more important.

“UM was always my dream school, so being able to take any project that I was working on to this school, in my home city, is amazing to me,” Matthew Vega-Sanz said.

The two brothers created the app to help college students who do not have cars get around easier, without having to pay for an Uber or rely on a Zipcar rental. Other apps, such as Turo, established this peer-to-peer car sharing concept and have been operating for years. What sets LulaRides apart is its focus on college campuses.

“If you need a car to go do groceries, and a classmate has a car that is just sitting around, you can just rent it out,” Matthew Vega-Sanz said. “It works because you get to get around easily, and I get to collect money instead of just having my car sitting doing nothing.”

With no membership fee to join, students 18-years and older, will soon have access to hundreds of vehicles on their campuses.

“I would use the app because it seems convenient. As a college student there is always somewhere you want to go, it’s just a matter of how you get there,” said UM student Ulitmate Peatross.

Right now, car owners and renters will need to meet up to receive the car keys. However, by 2018, Vega-Sanz hopes to develop an easier vehicle entry system.

“The Vehicle Entry Device will allow users to access vehicles via smartphone once they’ve been approved by the owner. Basically, car owners can approve drivers while they’re in class and the car will be accessible via smartphone for the duration of the rental,” said Matthew Vega-Sanz.

Matthew Vega-Sanz said in a few months the app will be launched on the UM campus, which will help reduce the necessity of pricey Ubers and unreliable public transit. “I have a couple friends on the UM campus, and they always tell me it’s such a hassle getting around when the Ubers are so expensive, or being on the same time schedule as the train,” said Matthew Vega-Sanz.

“I would use Lula because I feel like it would be more cost efficient than how I usually get around,” UM student Ashli Cleveland said. “As a college student, I don’t have a lot of money. I cannot always spend $15 on a Uber ride to Walmart.”

In addition to the monetary reason, security is one of the main focuses for the creation of Lula Rides. The safety aspect sets it apart from other transportation apps. Students will not have to ride with a stranger alone or at night.

Lula has about 50 schools on the east coast interested in the app. The Vega-Sanz brothers have also been approached by multiple south Florida schools, including UM.

Lula’s main goal isn’t just to share cars on college campuses, Matthew Vega-Sanz proclaims that this is just the beginning.

“We eventually see Lula going as far as people being able to rent any vehicle,” Matthew Vega-Sanz said. “Whether it be a boat, scooter, plane, motorcycle, RV, whatever, we want to be able to share anything that can be accessed by key.”

The Vega-Sanz brothers are planning on bringing LulaRides to The University of Miami in 2018.