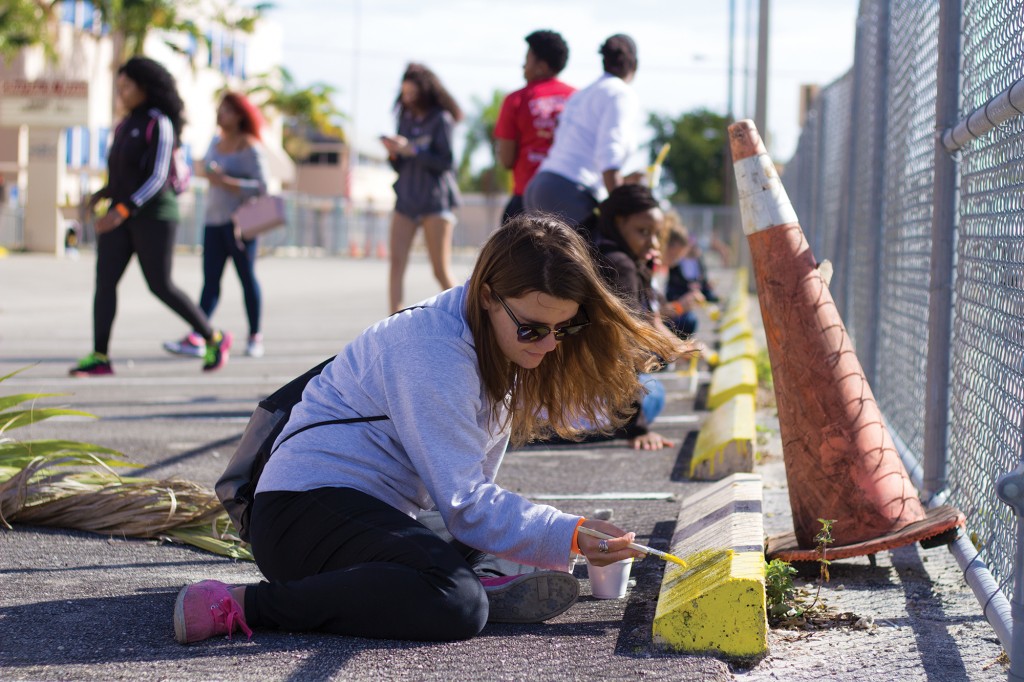 It’s been over a week since Hurricane Irma ravaged through Florida and parts of the Caribbean leaving death and devastation in its path. As a result, the greater Miami-Dade community, including some University of Miami students, have swung into action to help those affected.

Here are opportunities for students to get involved in helping South Florida and the island nations recover from the storm’s impact:

The Butler Center’s Hurricane Irma Relief Day of Service will take place from 8:30 a.m. to 3:00 p.m. this Friday, Sept. 22. Students will have the opportunity to work with several local agencies aiding recovery in the Miami-Dade community. Transportation and food for volunteers will be provided by the event. Check-in begins at 8:30 a.m. on the Lakeside Patio. Students can register for the event here.

Miami Hurri-Cans: Disaster Relief/Volunteers is a Facebook group created by senior Catherine Zhao. For Zhao, this hurricane season has hit home, not once, but twice. Two weeks before Hurricane Irma hit Florida, Hurricane Harvey barreled through parts of Texas, including Zhao’s hometown of Katy, Texas, near Houston.

Zhao created the Facebook group and a GoFundMe page with senior Reshav Mehtani after she said she felt “obligated to do something” after both places she calls her “hometowns” were hit.

The GoFundMe page, started on Sept. 8, has raised over $500 so far. Mehtani and Zhao hope to use the money to buy and donate supplies to impacted areas. The supplies, such as sanitary and feminine products, will be donated to victims of Hurricanes Harvey and Irma in Florida and the Carribbean. Zhao said she also hopes to coordinate volunteer opportunities with local organizations for UM students to take part in.

For Zhao, the hurricanes have been “bittersweet.”

“It’s really sad to see it [damage],” she said. “But at the same time, in a weird way, it’s kind of inspiring to see everyone coming together to help.”

Ibis Strong Shirts to Support Florida after Hurricane Irma is an idea created by senior Briana Klein after she said she felt frustrated watching hurricane coverage from New Jersey. She said she spent the majority of her time bouncing ideas back and forth between her family and friends until she solidified one, T-shirts.

The T-shirts, that have “Ibis Strong” with the Miami skyline above the lettering, are $15 each. All of the sales from the T-shirts will be donated to Volunteer Florida, the state’s agency aimed at enhancing volunteerism and service. Volunteer Florida is currently focused on mobilizing and deploying resources to impacted areas.

Klein said now that the disaster has passed, she tries to focus on the positives.

“The whole reason we chose to do “Ibis Strong” is because we think it really embodies the people of Florida,” she said. “The idea that you come back from something so quickly is really important. So, even though there has been a lot of destruction, the positivity coming from the people has been really amazing.”

The UM rugby team is hosting a volunteer event at 11 a.m. tomorrow, Wednesday, Sept. 20 in Vizcaya. There will be opportunities to donate blood and give money that benefit those who were impacted by the hurricane.

Neighbors4Neighbors, a disaster relief program, is accepting volunteers to help cleanup neighborhoods and visit families whose houses have been destroyed. You can register to volunteer at neighbors4neighbors.com/registration to be put on the volunteer list.

United Way of Miami-Dade, the office of emergency management in Miami, is looking for people to help volunteer in any capacity; both in the cleanup and at shelters. You can submit an application to become a disaster volunteer through their website, www.unitedwaymiami.org.

For those who may not have the time to volunteer in person, there are many reliable nonprofits that are accepting donations:

Third Wave Volunteers are fundraising for solar lights to give to families who lost electricity and power.

The Miami Foundation set up three different funds to donate to. They include a hurricane relief fund, for those who were impacted in the Caribbean Islands, and an Irma Community fund, which sends efforts to those impacted in poverty-stricken neighborhoods.

Just $5 or $10 given to a nonprofit organization can be a huge help because donations are given directly and immediately to those in need. The Miami Foundation, Greater Miami Jewish Foundation, Bridge to Hope and Food for the Poor are local charities who give all money collected to those who need it.

Amanda Herrera contributed to this report.